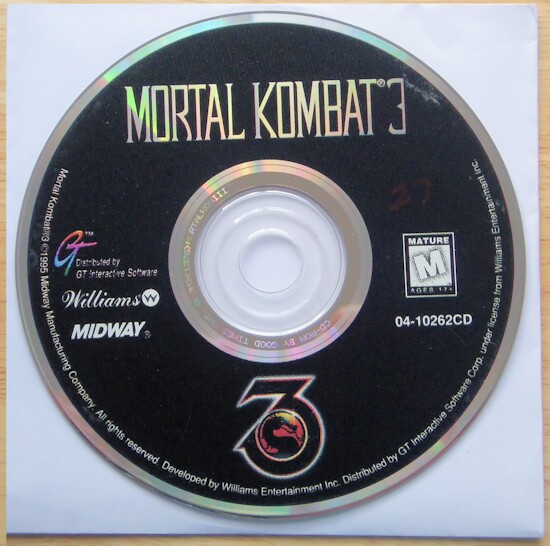 The Game
After failing to conquer the earth realm through tournament battle, Shao Kahn decides to get straight down to business and send "Outworld Extermination Squads" to North America. That's the short version of the main background story for MK3. Naturally a new crowd of fighters (along with some of the old line-up) gather to either put a stop to it or encourage it. There are fourteen fighters to choose from. Old favourites like Shang Tsung, Liu Kang, Kano, Sonya, Jax, Sub-Zero and Kung Lao return. The new fighters include Sindel (Shao Kahn's "queen" herself), Sheeva (the first player-controllable four-armed character), Kabal (a weird warrior with a mask), Cyrax & Sektor (two "automated" ninjas from Sub-Zero's clan), Stryker (a baton-weilding cop) and Nightwolf (your typical culture-preserving Red Indian). The gameplay itself has changed from MKII. Now there's a "run" button and new "auto combos." The fighting has been speeded up quite a bit and the fatality time is reduced. MK3 reduces the strategic approach of the previous games and is more geared towards key mashing. The basis of auto combos is choosing the right sequence at the right time.

Since MK3 takes place mainly in North America, there are no more shaolin temples. The character and background graphics are quite good in the SNES conversion. The graphic resolution has also improved a notch from previous MK games. In a couple of stages, performing an uppercut on your opponent sends him through the roof of that stage and the fight will be transferred to the stage directly above! That's a tad innovative as fighting game ideas go. Aside from fatalities, babalities and friendships, MK3 introduces the "animality" (which requires "showing mercy" towards your defeated opponent before it can be performed). As for the fatalities they are fun to watch, like Liu Kang's "MK1 drop" and Kabal's "ugly face" and gory at the same time (though not as much as MKII). For the first time in the series, the player had the choice of three paths to take, either novice, warrior or master. Music and sound-wise it's okay as far as MK games go. Fluid controls too, though they should've made some of the finishing moves a bit easier to perform. The computer AI (artificial intelligence) is quite aggressive even in the "easy" mode. 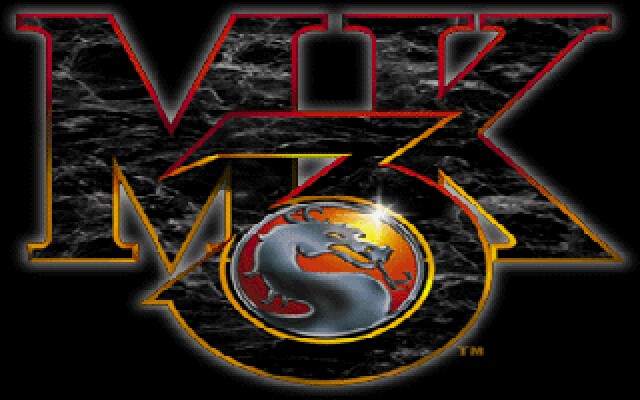 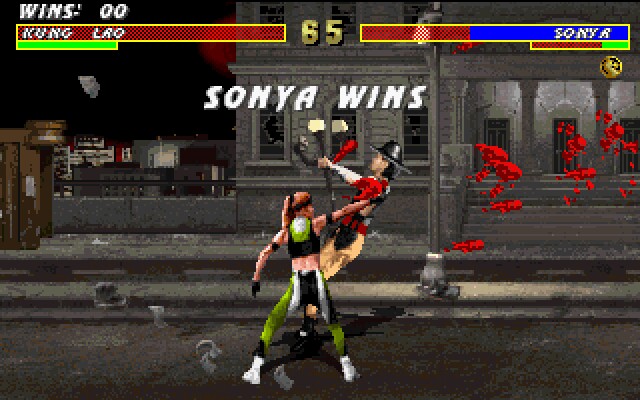 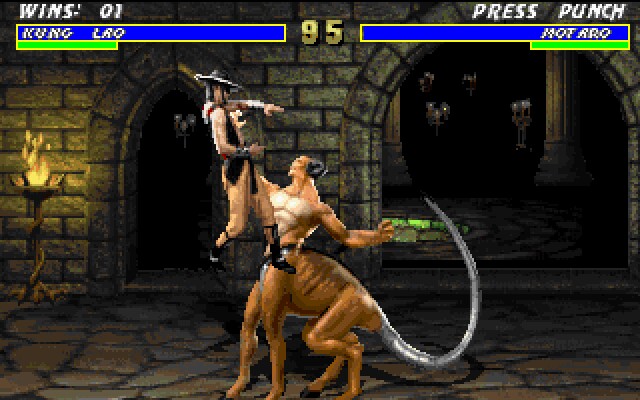