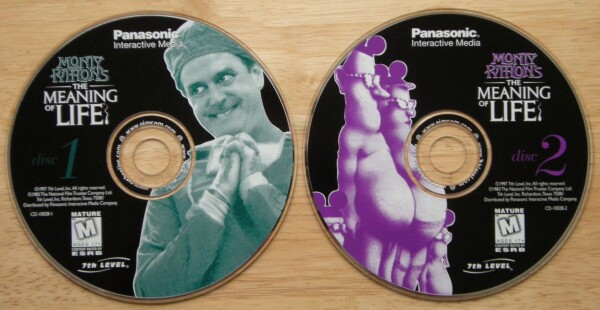 In Monty Python's The Meaning of Life, you have to wander through the different stages of life itself. You shall experience life from the time of birth to the time of death. As in the movie bearing the same name, one's life starts with The Miracle of Birth, followed by Growth and Learning, Fighting Each Other, Middle Age, Live Organ Transplants, The Autumn Years, and finally Death. In each of these stages you need to gather some important (more or less important) clues about that particular stage of life. These clues are needed later in the game in order to understand the other intellectual and practical stages of life—the Material, Spiritual and Dental needs of one's life. Once you are through growing up, you may advance to the big finale whereby you shall live through life itself as the inhabitant of a nice cottage! There, you must prove that you can live an organized life and be able to overcome all obstacles on your way to achieve a meaningful existence. Only if you succeed in all these shall the meaning of life be revealed to you.

All these may sound complicated, but Monty Python's The Meaning of Life is a title that is expected to be filled with the utter silliness, stupidity, and exaggeration in the comedic style of Monty Python. In fact, it is quite an amusing and lighthearted title that places you in the midst of life's greatest dilemma and quest—the enlightenment of existence. This is the third game in the Monty Python series. Different from its previous predecessor, the game uses a more traditional adventure game interface. The player navigates through the different scenes that are rendered in photorealistic backgrounds. Photoshop is used for both the creation and touchup of the animations. In most scenes, 360° panning is possible. There are lots of objects to be manipulated through the aid of a highlighting cursor. Of course, the interactions are in the silly tradition of Monty Python. Depending on what you do, someone can start yelling at you or nagging on and on endlessly about an utterly futile subject matter. Unexpected items can pop up and start flying around on screen. Aside from the traditional puzzles, there are a number of mini-games. These games are all very simple and easy, regardless whether or not they are done in good taste. For example, you have to perform live organ transplants on a patient before he bleeds to death or balance dozens of dinner trays while feeding the fattest man in the world in order to reach the wafer thin mint at the end of a meal!

As any fan expects in a game worthy of the Monty Python name, there are lots of video clips taken from the film on which the game is based. These Full Motion Videos are of very high quality in both sound and image. Other pythonesque materials are also included. You hear lots of sound bits. There are a few unexpected cameo appearances by well-known characters from Monty Python's Flying Circus such as The Spanish Inquisition and Mr. Gumby. As with previous games of the series, the production of this title is foreseen by one of the original Monty Python members Terry Gilliam. Lots of new materials have been added by the entire group of living Pythons! The Monty Python members featured include Eric Idle, Michael Palin, Terry Jones, John Cleese, and Gilliam.

Monty Python's The Meaning of Life is a combination of the standard "pick up an item and use it somewhere else" adventure and several arcade and strategy based mini-games. Navigation through the game is straightforward. The game's main interface is the Wheel of Life, which dictates to which scene and act the player jumps. Although you must finish each of the 3 main acts in order, you can solve the scenes from Act I and II in any order. However, the final scene in Act I (Death) can only be solved after finishing all 6 others. Likewise, the Spiritual world in Act II cannot be solved until the Material world is solved, and the Material world can only be solved after you have almost completed the Spiritual world. The Dental scene can only be solved after both the Material and Spiritual scenes are done. On the other hand, you have complete freedom of movement in Act III. In the beginning of the game, a multiple choice question pops up each time a room or location is entered. The answer you select influences the game's ending. Once you have answered all the questions, an intermission scene plays out whenever you move between locations. When you finally reach the end, you can find out how your answers give the meaning of "your" life!

The most appealing factor in this game is its adventure element. Unlike the previous games, this game requires you to creatively think, to visit and revisit hotspots, and to gather inventory items at a place and use them somewhere else. The strict linearity in gameplay in Monty Python & the Quest for the Holy Grail and the lack of adventure type puzzles in Monty Python's Complete Waste of Time no longer exist in this sequel. The photorealistic rendered backgrounds are a delight to watch. The creators of this game certainly have an eye for details. Both the backgrounds and animations are very pythonesque. It is truly a must see and hear title for any Monty Python fan, especially if the Monty Python fan is also an adventure gamer.Many sketches from the film Monty Python's The Meaning of Life have been captured as video clips for this game. Although interlaced, they are still of amazing quality. The addition of a highlighting cursor avoids the dreaded pixel hunt as it is in the previous games. The sound bits, cartoons, animations, and video clips are very well integrated into the game atmosphere. The addition of new materials by all the living Python members certainly increases the value of this game. A real treat for is the end credit sequence when Idle recites a song about general relativity, expansion of the universe, and our place in it. Fans of Monty Python shall be happily surprised to see that the Monty Python creativity has not faded out decades since.

Unfortunately, this game bears 2 serious bugs that may prevent you from finishing it. These bugs have been confirmed by 7th level. Until now, there is no intention by the developer to provide a patch. Luckily, there are some self-made workarounds to these bugs. Of course, how do you know this if you simply plan to finish the game without a walkthrough? Suffice to say, if you do not know the workarounds, look for a game solution that tells you how to overcome these bugs. You simply cannot finish the game without it!

Monty Python's The Meaning of Life claims to be "The First Game Devised Exclusively for the Betterment of Humanity" that "Includes Scenes of Gratuitous Violence". Although this sequel is more of an adventure game than the previous titles, I think it may appeal less to non-Python fans than the others. 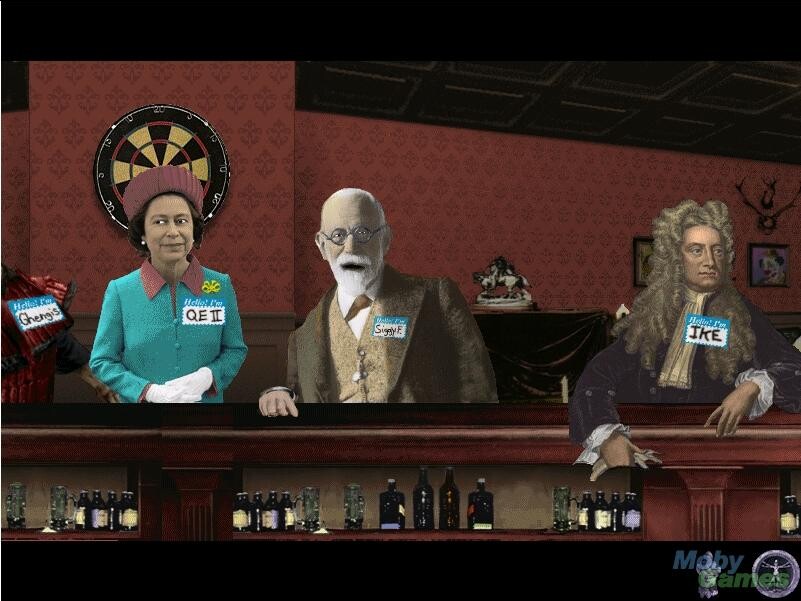 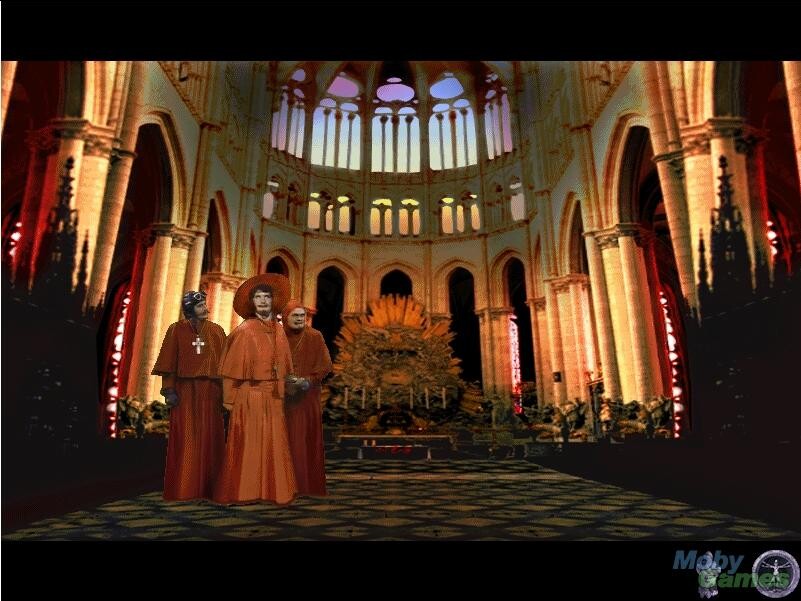