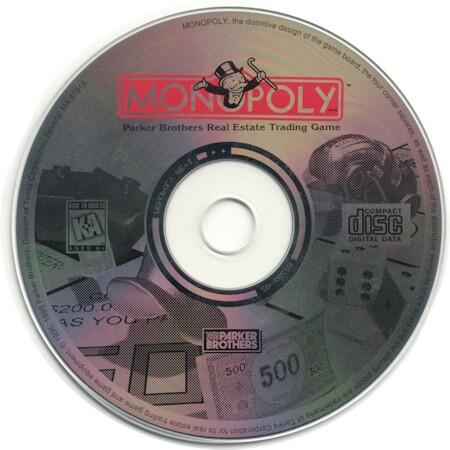 The Game
In 1995 Parker Brothers teamed up with Westwood Studios to release the first CD-only edition of computer Monopoly. The graphics faithfully follow the original artwork of the 1936 version such as the Chance and Community Chest cards, and even the tokens are the same. The 3D movie window located in the game board's center is the place where animations are shown. As always, you will recognize Westwood's 90s era expertise in 3D rendered animated scenes, all 800 of them. Each property has its own cinematic sequence that changes with the terrain's status. When it is mortgaged, for example, you will see a padlock on the door, and if there are houses on it you will see the green houses stacked together. Railroads and utilities also have sequences of their own, and every time you are sent to jail or just visiting someone, there will also be a movie. These cinematic sequences are really nice to watch. Of course you can turn off all the movies and make a selection of the animations you want to keep such as when you draw a Chance or Community Chest card, when you go to jail, etc.

Overall, the Westwood edition was a huge improvement over previous versions, and was easily the best available for the PC at the time. 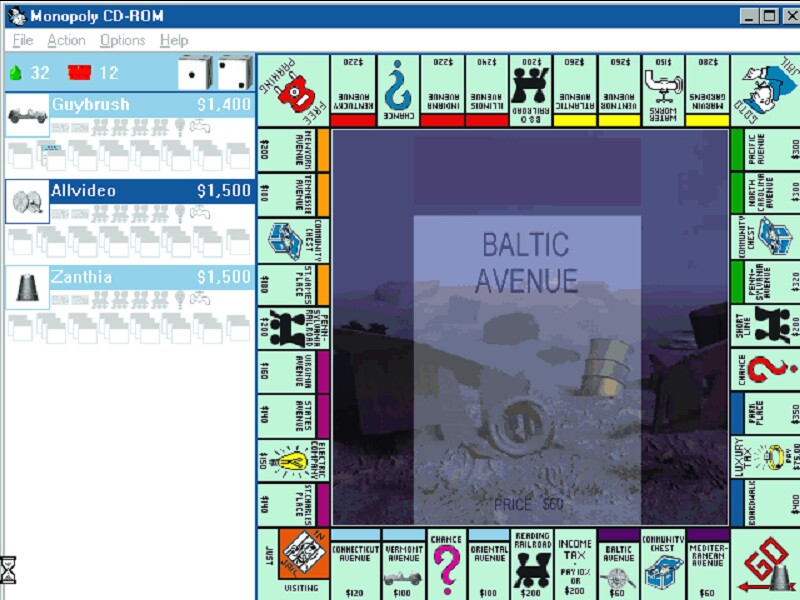 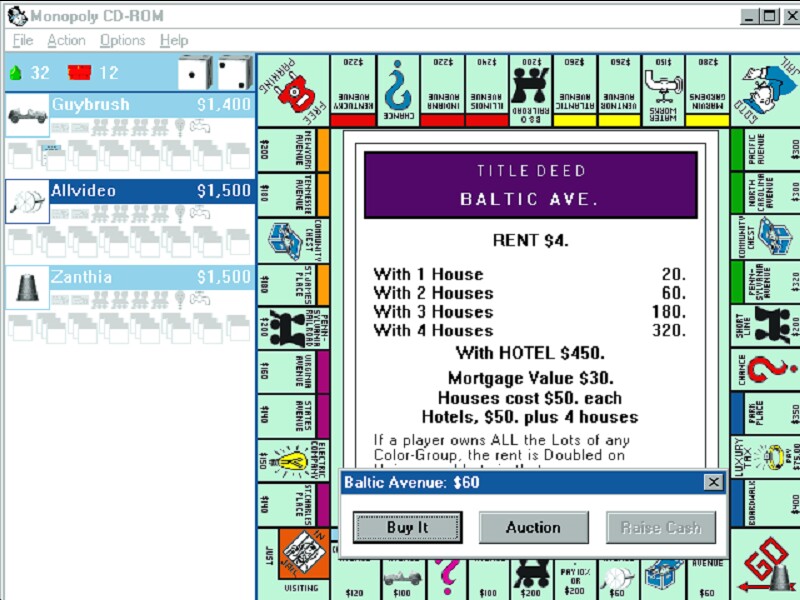