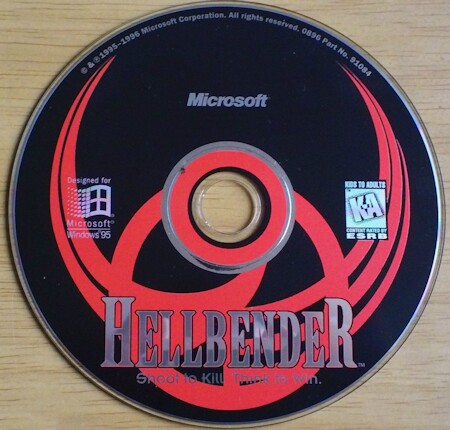 The Game
The news is not good: the Bions have survived. You thought that you had destroyed them in Fury3. Apparently, a few slipped through the final eradication of the planet Fury. Now the Coalition of Independent Planets is calling upon you again. Through all the years you were in exile, you had always wondered if the Bion threat had been completely eliminated. As soon as you heard the Ambassador's voice, you knew the answer to your question.

In Hellbender, your mission is much the same as it was in Fury3. Investigate areas that are believed to have a Bion infestation, and exterminate the enemy presence. To this end, you have been provided with a highly evolved fighter aircraft, the Hellbender, equipped with advanced weaponry and defenses. Since you are the last qualified fighter pilot left alive, it is up to you to save the Coalition single-handedly by flying missions and exterminating the Bion threat.

As each mission begins, the player is given an overview of the mission objectives. Each mission requires the piloting of the Hellbender craft over the terrain of a planet, confronting various Bion military craft and infiltrating their installations. Secret doorways are in abundance, and the player should always thoroughly check any structures he finds. Hidden within these structures are caches of Bion weaponry and other power-ups. There are also rumors about a secret "super-weapon" called the Vortex which the Bions have developed, but intelligence reports indicate that it is stored in pieces, in the underground bunkers of the Bion planets.

The player navigates the terrain by using a combination of instruments that are at his disposal. The Compass not only guides the player in the direction of his next objective, but it also displays blips representing enemy craft, ground targets and power-ups which are in the immediate vicinity. The Map Display will give the player an idea of both above-ground geological altitudes and below-ground tunnels and rooms. There are also numbers on the left side and at the top of the Map Display, indicating the player's current sector coordinates. The Navigation Computer will display the current mission objective and its sector coordinate location. The player can also use it to change to a different objective, if one is available.

There are quite a few different types of destructive weapons which can be acquired while playing Hellbender. They fall into five basic classes: Lasers, Cannons, Rockets, Missiles and Mines. Lasers are fairly ineffective when compared to Cannons, and Missiles are Rockets with a guidance system. The amount of ammunition which can be carried for each weapon is unlimited -- provided that you can find it. Any good pilot will balance his offense with his defense, and the successful player of Hellbender must consider both of these elements. Main power must be allocated between weapons and shields, while leaving enough in reserve to power the headlights, cloaking device and the Turbo thrust capabilities of the craft. 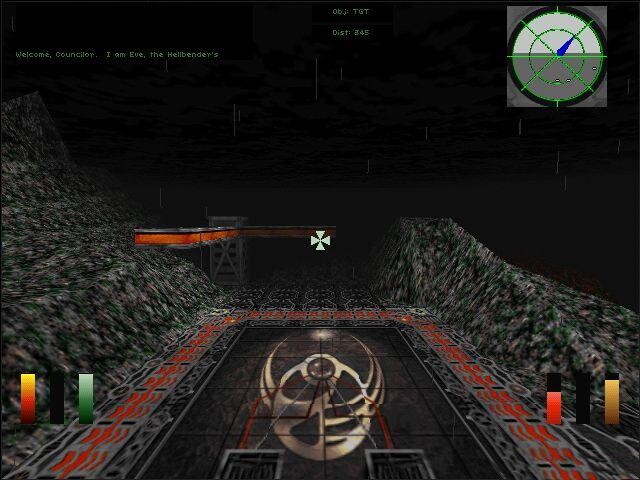