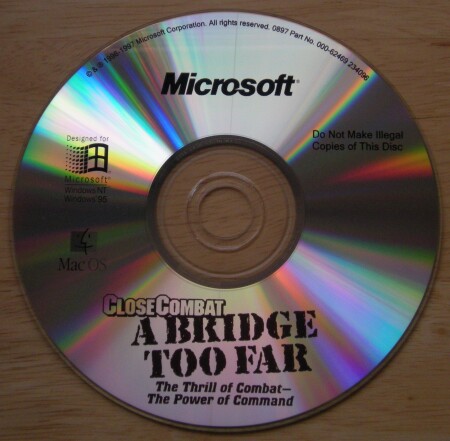 The Game
"The first time we came under fire, the sergeant had to move around and personally tell each man that he was supposed to be firing back." That quote is from an unnamed Marine during the Korean War. Combat in real life is far different from the John Wayne movies of yesteryear. Studies have shown that only 20-30 percent of soldiers in combat actually do something effective. But one would never guess this by most computer wargames or real-time strategy games - especially when you're watching minigunners happily walking under the treads of Soviet tanks in Red Alert. Enter Close Combat: A Bridge Too Far, a tactical real-time World War II wargame with an emphasis on realism. With this follow-up to Close Combat, Atomic Games has managed to create the ideal sequel: It expands and adds many features while keeping everything that made the first game a joy to play.

With A Bridge Too Far, the scope of the game has been greatly expanded. While the first game focused on American and German forces fighting in France, the sequel concentrates on the failed Operation Market Garden. Forces now include British and Polish units in addition to the Americans and Germans. There are now more than 30 individual scenarios, along with several operation games (linked scenarios with a specific objective) and campaigns. The operations and campaigns are especially challenging because you must fight at the tactical level while keeping the strategic picture in mind (including supplies and replacements). You can also create your own scenarios, but you must make do with the prerendered maps for the battlefields.

Gameplay is simple but challenging. Ordering a unit to perform a task is as easy as right-clicking on it and choosing from the pop-up menu. Orders include different modes of movement as well as combat options. Unlike most real-time games there is no need to "baby-sit" the units, units will perform the order to the best of their ability. That's where the game really struts its stuff. What sets the Close Combat series apart from all other wargames is that the game models stress and fatigue in each individual soldier. This means that if you order a sniper to charge a tank it's very doubtful that order will be followed. This also means that you must use common sense and real-world tactics if you want to win. While there were some complaints about the morale system in the first Close Combat, units behave as they should. It can be frustrating at times, but there's something to be said for watching the enemy run away when you bring up a flamethrower. If the morale factor is too difficult there are settings so that units always follow your orders, but that takes a great deal away from the game.

Watching the game unfold is like hovering a hundred feet over a real battlefield. The maps are excellent for a late 90s game, to the point of almost being photo-realistic. The only detraction is the large yellow numbers on buildings identifying how many stories they are. The inclusion of multistoried buildings - which were lacking in the first Close Combat - adds some new strategic elements: Roofs block visibility into buildings until units actually enter, creating plenty of ambush chances. Unit animation is top-notch: Soldiers crawl, crouch, sprint, and ready their weapons. Zoom in close enough and you can make out individual hatches on tanks. Sound effects are also first-class. Battles begin with an eerie silence punctuated by a bird chirping or a cow mooing and then quickly break into a cacophony of screaming and gunfire, and each weapon has its own sound effect. In addition, voices are accented properly for the countries and there's a range of different voices within each group. The online help even includes all the sound files so you can learn to aurally identify what is going on.

One thing that must be emphasized is that ABTF is not a real-time game with historical elements (like Age of Empires) but a historical wargame with real-time gameplay. It may not be everyone's cup of tea, but anyone the least bit interested in a game that stresses realism and real-world tactics, while retaining the fun factor, will find great pleasure in A Bridge Too Far. 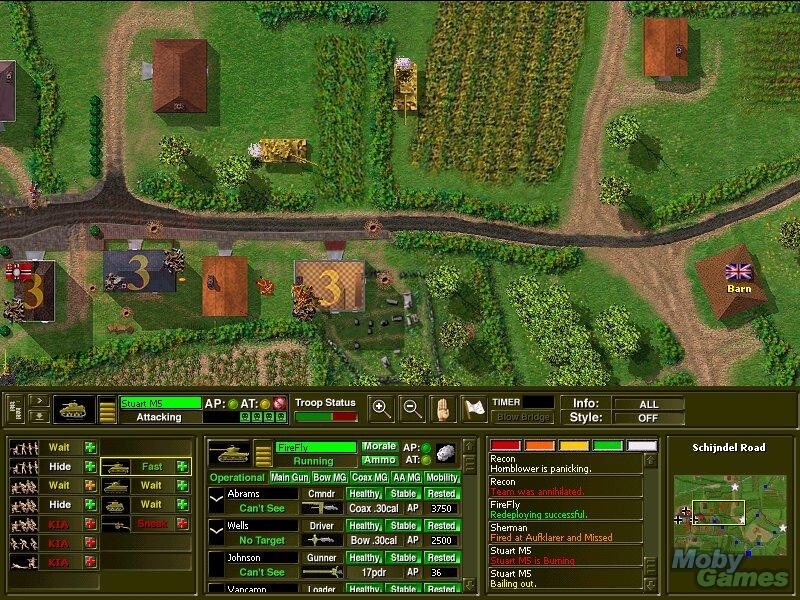