The Game
When Apache was released in 1995, it broke a long, long drought of helicopter sims. Digital Integration and Interactive Magic created a sim with clean yet detailed polygon graphics, difficulties ranging from arcade to realistic, and plenty of missions and mission types. It was a terrific piece of work, and was followed up by Mi-24 Hind, an entirely new kind of simulation built on the same core technology.

Hind recreates Russia's front-line warhorse, the Mi-24, codenamed "Hind" by NATO. For desktop jocks accustomed to the fly-by-wire, computer-driven finesse of American fighter planes and choppers, the Hind will be a rude awakening. The cockpit is full of conventional instruments, with no multi-function displays to be seen, and only a moving map to help track position. Radar is limited to a light-up threat warning indicator. Hind's lack of sophistication extends to its handling properties, which can charitably be called sluggish. It is a large aircraft with heavy armor, lots of weapons, and extra cargo space behind the cockpit for carrying up to eight infantry, extra weapons, or fuel. Though the Apache can fly circles around it, the Hind has its own strengths. Its thick armor can stop a 12.7 mm hit, and its weapons loadout includes a powerful machine gun, air-to-air missiles, air-to-ground missiles, rocket pods, and even dumb bombs.

Obviously, the Hind was designed to serve a different purpose than the Apache, and the mission structure of Hind reflects this. For starters, play options are plentiful, and range from jumping into a target-rich environment with infinite weapons and complete invulnerability, to a quite realistic flight model. Single missions take place in Korea, Afghanistan, and Kazakhstan, with everything from other Hinds opposing you to full Apache formations. Missions reflect the unique nature of the Hind, with troop inserts and extractions, rescues, close support, and ground attacks. The gameplay is entirely different than it is in Apache, with fewer lightning strikes and more methodical types of missions. Opponents are tough and smart, and each trip out brings a new set of challenges.

Control of a helicopter like the Hind can be tricky without some help, which DI has provided in the form of a “silicon WSO,” or Weapons Systems Officer, who can designate and prioritize targets automatically. Hop into the turret gun while he's tracking a locked target, and you can rotate along a boresite view. This helps ease the workload on a hot battlefield, where things can quickly become overwhelming. (That's why there's two men in actual Hinds.)

Graphically, Hind is as sharp as its predecessor, with one new flourish: infantry now figures heavily into the action, and enemy infantry is depicted on the ground with their weapons, including shoulder-launched SAMS. If you lock on an infantry and strafe them, there are even little animations of the guys running, ducking for cover, and keeling over dead. Nice touch. Numerous exterior views give you a good window on all this carnage.

Hind offers everything from easy to realistic flight models, single missions, campaigns, and good opponents. It's a winner in every sense of the word. 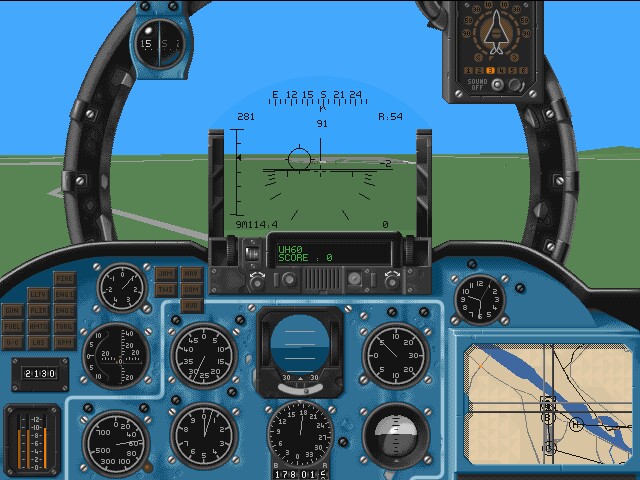 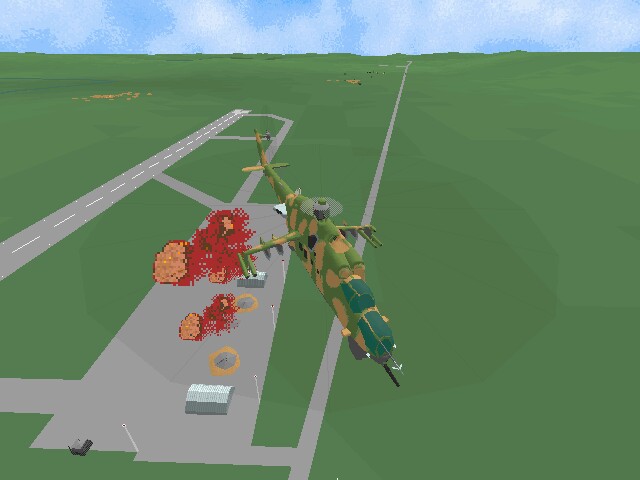