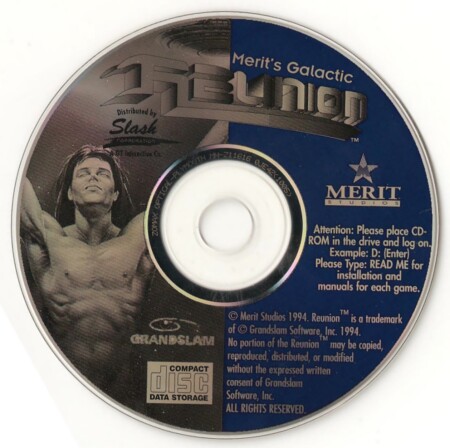 The Game
In the 27th century, centuries have peace have allowed great scientific progress in the development of the first interstellar warp drive. Two research ships, designated Explorer-1 and Explorer-2, are outfitted with experimental drive and sent to find new planets of colonization. Only Explorer-2 returns back to Earth. Refiited as a colony vessel, Explorer-2 is once again ready to embark when peace is disrupted. At this same time, a planet-wide rebellion stages a coup and overthrows the government. The Explorer-2, crewed by a loyalist space crew barely escapes and leaves the solar system. Years later, the Explorer-2 arrives damaged at it's destination and a colony is set up, naming it New Earth. After many generations, the colony is self-sufficient enough to develop a mission: Explore nearby space, research new technologies, harvest resources, develop a space fleet and eventually... reconquer and reunify with the Earth.

Reunion is a strategy game where players must manage the resources and development of a colony. From a central command area, players select from among different menus to control different aspects of the colony. Many of these menus also need the appropriate personnel in charge (commanders), whose skills and price tag vary. Typical menus include: The research screen where specific areas are selected, the production/buy menu which turns resources into goods, the colony building menu where construction can be scheduled and the colony's facilities managed, the galactic map where new planets are chosen for a closer look, and eventually colonization. Players can also consult with their commanders or go to "space local", the nearby bar for all the gossip. In order to produce new material, the player has six different minerals to mine and discover on various planets in the solar system. 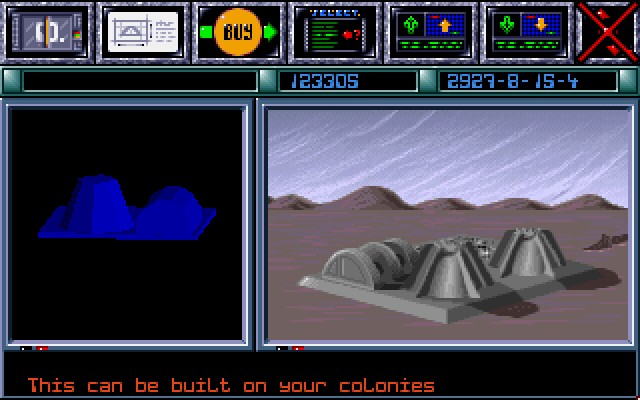 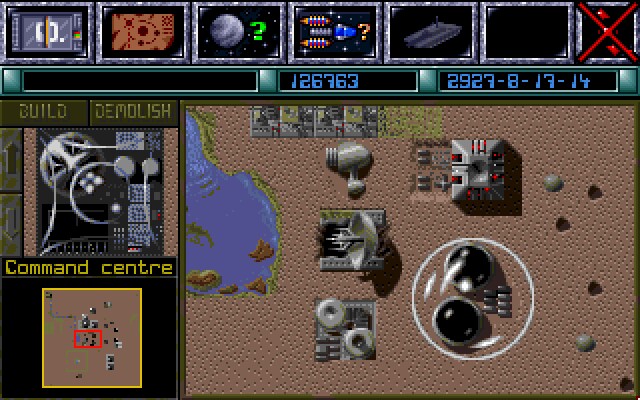