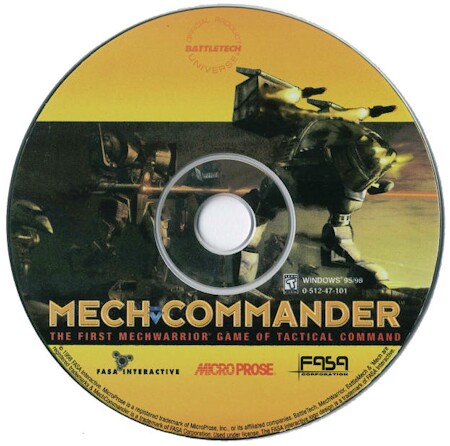 The Game
MechWarriors first rumbled onto PC screens in 1989, with a resurgence of popularity during the following decade in the form of many sequels and expansions. MechCommander, by developer MicroProse, provides a new perspective on the giant robots by offering integrated command and control over a squad of MechWarriors in 30 tactical missions. Set in an overarching story in which the Houses of the Inner Sphere have reformed the Star League Defense Forces in an attempt to overthrow Clan-occupied planets, you take command of Zulu Company, 1st Davion Guards in a five-phase operation to regain the military star base at Kylie.

Combining real-time action and strategy in the BattleTech universe, you control up to a dozen BattleMechs selected from 18 possible chassis featuring custom armament, sensors and abilities. Mission success earns Resource Points (carried over through the campaign) used to upgrade weapons, acquire new Mechs and vehicles, and recruit pilots who gain experience through survival. Salvageable weapons and repairable enemy OmniMech chassis can be used for resale to earn additional Resource Points or employed by Zulu Company to expand capabilities. 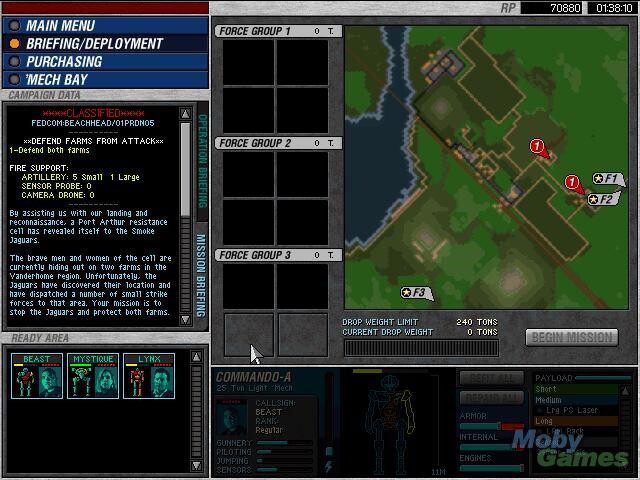 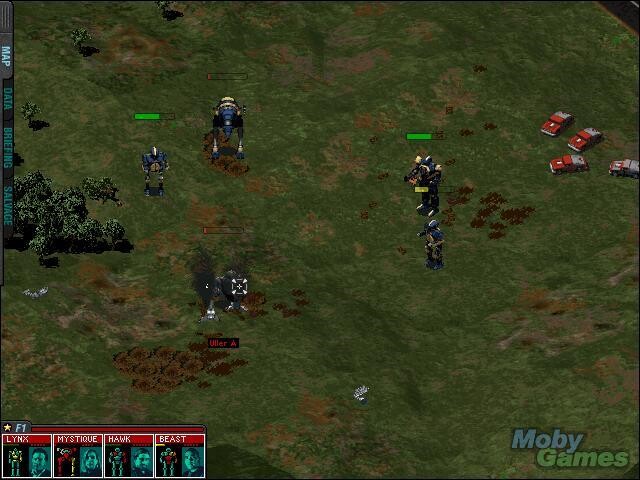