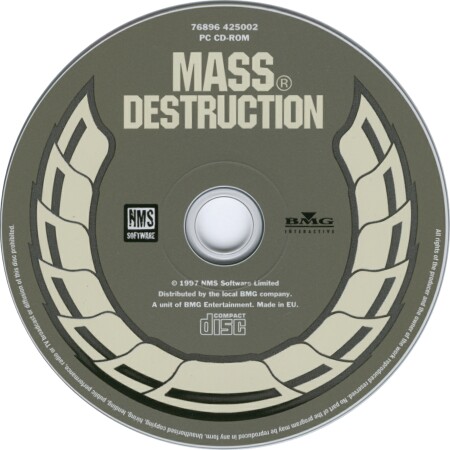 The Game
Mass Destruction is an aptly named mission-based tank shooting game. You hop in one of three tanks and take on 24 different missions, each with its own set of objectives. During the course of the game, you pick up tons of different weapons and blow the hell out of anything that gets in your way.

The missions are fairly simple. There's usually some kind of military installation, and you've got to destroy it. Standing in your way is an army's worth of tanks, infantry, flamethrowers, bunkers, buildings, turrets, and helicopters. You must complete all the primary and secondary objectives and make your way to the extraction zone. Then it's on to the next mission for more of the same. While this may sound incredibly tedious, the sheer amount of destruction and death caused in each level keeps the game interesting, and the varied terrain (snow, desert, etc.) helps to keep the game fresh.

The graphics in Mass Destruction are decent for the time. Everything is rendered polygonally, from the tanks to the buildings to even the satellite dishes. A few things look a bit blocky, but it still looks pretty neat. The game moves very quickly, without a hint of slowdown, even when the entire screen is seemingly on fire. The sound is also really good. Explosions and gunfire sound very realistic, and the screams of troops as you run them over is a really nice touch.

Above all, Mass Destruction is good, clean fun. The mission-based gameplay brings a method to the madness, but one still gets the happy feeling of cruising around aimlessly in a tank and blowing up as many things as possible, friend or foe. Shooter fans should check it out. 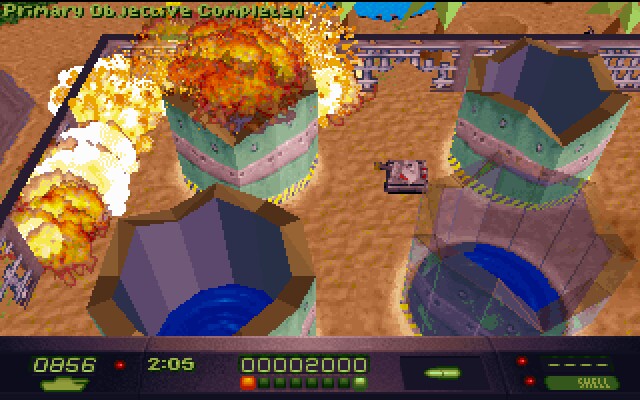 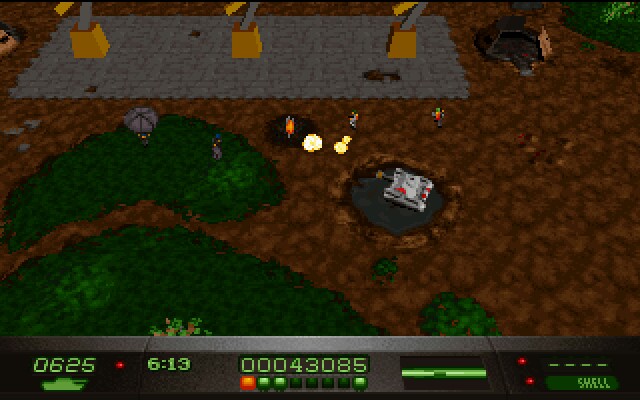