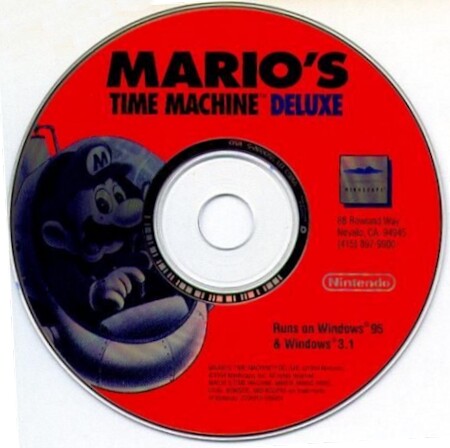 The Game
Mario's Time Machine is one of several educational Mario video games that were released during the early 1990s; the game focuses on teaching human history. While the gameplay and engine varies between the three different versions, the story is roughly the same: the player assumes the role of Mario, who uses a time machine to return various artifacts, which had been stolen by Bowser, to their correct points in time.

Mario's Time Machine is set in the year 1993. Bowser, who has built a time machine called the "Time Machine", travels back in time and steals essential artifacts from various points in human history to place on display in a museum inside his castle. Because these actions will eventually change history permanently, the player character Mario takes control of the Time Machine to return the artifacts to their proper areas in time. The gameplay focuses on teaching the player the historical significance of each artifact (and of the associated historical person); to progress through the game, the player must correctly answer questions relating to the learned information. Mario's Time Machine uses a side-scrolling perspective, with a game engine that varies across all three versions. The player controls Mario using a point-and-click interface.

The player begins Mario's Time Machine in Bowser's museum. The museum is the main hub, where the player obtains the artifacts and directly accesses all the game's levels (which consist of locations on Earth in different time periods) using the Time Machine. For each artifact the player is given the year and place it originated from. For example, the player learns that the "Apple" artifact originated from 1687 Cambridge. The player can then time travel using this information; time traveling itself is a minigame in which Mario surfs through a wide ocean, collecting mushrooms. Collecting enough mushrooms will transport Mario to the time period and location programmed into the Time Machine. The player is given a short document describing the life and notability of the historical person associated (e.g. Isaac Newton), but the document itself has some of its terms missing. The player thus is required to converse with the non-player characters depicting the local denizens of the time period in order to learn various facts and be able to fill in the blanks. The player chooses the words from a list of predetermined words; if the player incorrectly fills a blank more than twice, he is sent back to 1993 and is required to try again. When the player fills all the blanks correctly, he can then successfully return the artifact to its original owner. 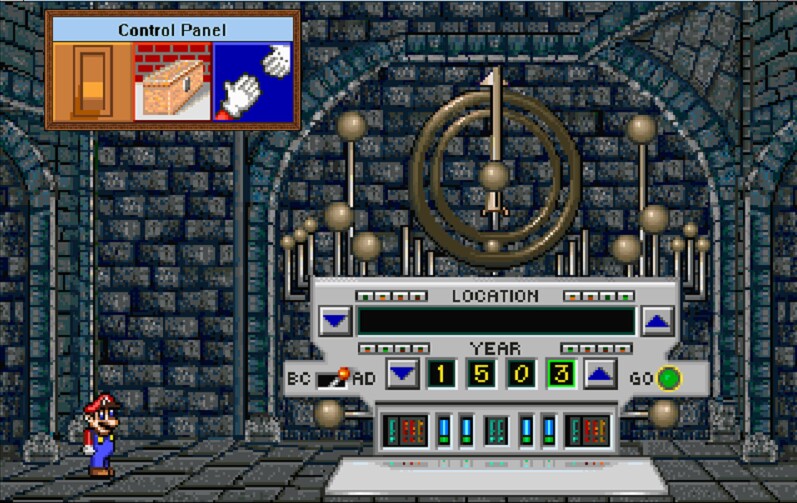 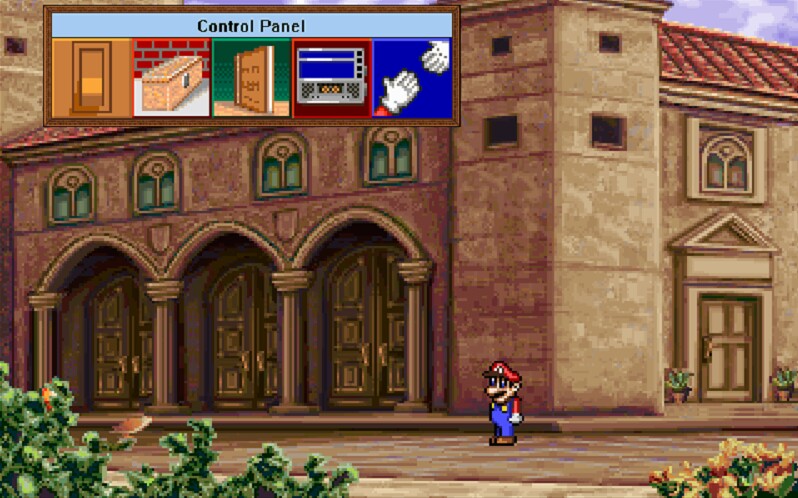