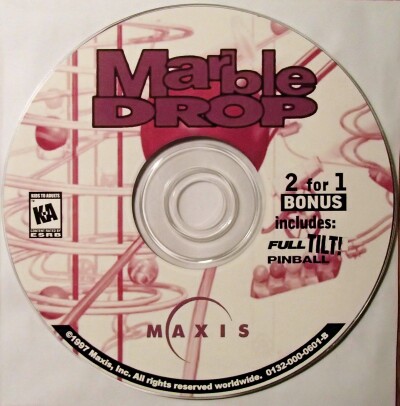 The Game
Ten years after the success of SimCity, Maxis has introduced its first puzzle game, Marble Drop. Against the backdrop of beautifully rendered Leonardo daVinci sketches, the player attempts to navigate colored marbles through a Rube Goldberg-esque series of ramps and elevators, hoping that the marble's final resting place will be in the correspondingly colored bin. Not as simple as it sounds. Every marble released radically alters the path of the marbles that follow. There are teleporters, buzzsaws, cannons, and crossbows that shoot your marble, and ramps may vanish off the playfield or lead your marble into an infinite loop.

The mini-games --each named after a philosopher-- get progressively harder as the player advances and each mini-game can be saved and returned to at a later time. Of course this is a Maxis game so keeping track of resources is important. You don't want to run out of marbles or money.

There are many perpetual-motion machine games that are primarily about the mechanics of movement, levers and physics. Another game, "The Incredible Machine", more reminiscent of Rube Goldberg inventions, and a bit more complicated, is also on the market. But my favorite of this genre is "Marble Drop". It's fun and non-violent and one gets a daily does of philosophy and physics. 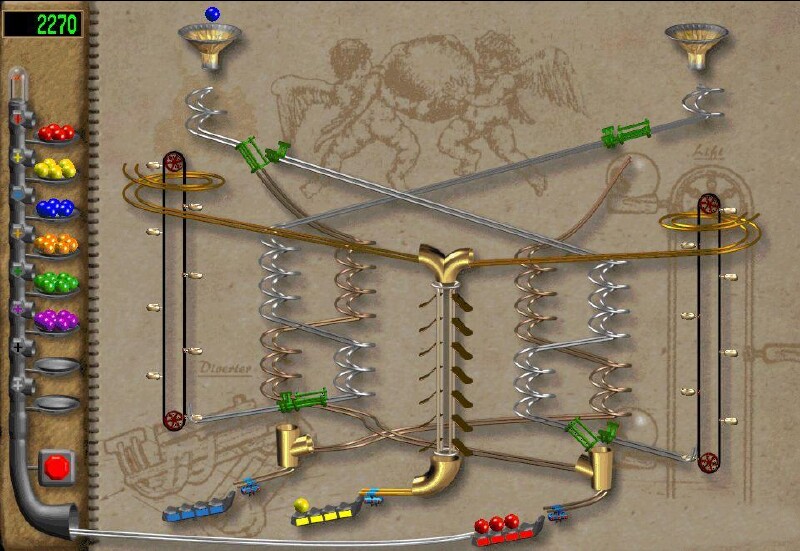