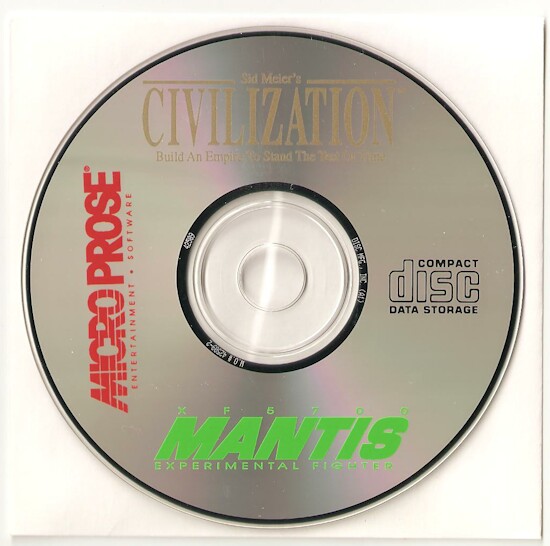 The Game
Earth, the year 2094...a warlike race of intelligent insectoid beings (Sirians) launches a devastating space-based nuclear attack on the Earth's major population centers. During the aftermath, landing parties of the radiation-resistant Sirians begin using the dead bodies in these radiated areas as hosts for their implanted eggs. Unfortunately for the Sirians, they underestimate the tenacity of the human race, which promptly organizes a unified world government (F.O.E.). Using military strikes combined with a new vaccine against Sirian eggs, F.O.E. destroys the remaining Sirians on Earth and begins the long process of rebuilding. A major objective of the new government is the defense of Earth against further Sirian attacks from space. F.O.E. constructs an orbiting military station (Solbase) to be both a defensive position and a staging ground for Earth's counterattack.

The Mantis tactical fighter will spearhead this attack. As a newly initiated Mantis pilot assigned to the blue squadron, your job is threefold:
(1) Repulse Sirian strikes against Earth's bases within the solar system
(2) destroy Sirian space fleets and combat vessels when they are located
(3) establish a safe access corridor for Earth's massed attack on the Sirian home-world

Mantis XF5700 is a Microprose space combat simulator crafted in the image of the wildly successful Wing Commander series. As a Mantis pilot, you fly numerous combat "missions," which generally revolve around offensive strikes against Sirian ships. The Sirian ships include small drone fighters, medium attack craft (Dragonflies, Wasps, Hornets) and large aircraft-carriers (SAV). The animated launch and landing sequences that start and end each mission are beautifully rendered with smooth animation and detailed images. In my opinion, these scenes surpass their counterparts in Wing Commander.

As in Wing Commander, each "mission" begins with a quick outline of goals, followed by a cinematic launch sequence. Combat is fought from the cockpit perspective, although two exterior views are also available. At the end of the mission, there is a cinematic landing sequence and then debriefing. The debriefing phase outlines the statistics for the mission and offers the pilot a VCR option. With the VCR, it is possible to watch a replay of the action during the previous mission.

The flight characteristics of the Mantis differ radically from the typical space combat game. Most games have your ship flying like a conventional airplane, with loops and banks an integral part of dogfighting. In Mantis, a realistic flight model was used in which the actual physics of space flight plays a role. The Mantis fighter relies entirely on its engines for movement. If you thrust in one direction and then turn off your engine, the ship continues to travel in that direction no matter where the ship's nose is pointing. Controlling this type of flight in dogfight situations can take a little getting used to since it changes the geometry of combat drastically. However, after mastering the basic maneuvers, I found controlling the Mantis to be great fun. Techniques polished by hours of combat in Wing Commander don't work here, so look forward to inventing a whole new set of dogfighting tricks.

The music, speech and sound effects, particularly those associated with explosions are excellent. Missile launch in the Mantis is a truly tactile experience and the spectacular explosion graphics & sounds add a lot to the game. Even after finishing the game, I enjoyed going back to watch the fireworks.

The realistic flight model and nonstop action of Mantis will keep you on your toes throughout the 71 mission campaign! The fate of humanity rests in your hands... 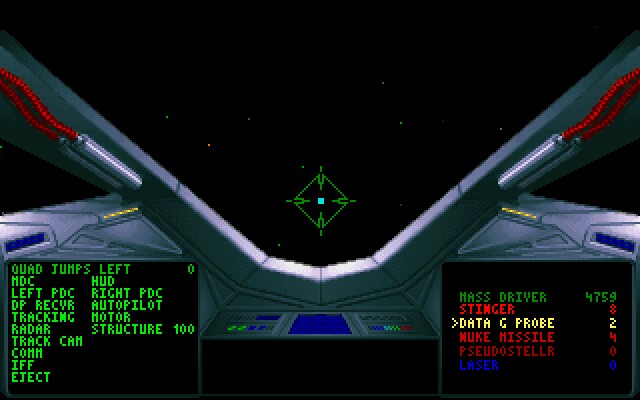 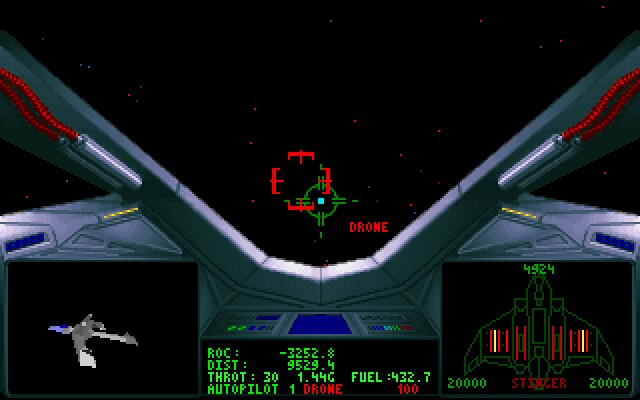