The Game
Man Enough is a full-motion video dating simulation game. The objective, as in most of these games, is to have intercourse with several women. The game starts with the player subscribing to a dating agency called "Man Enough", run by a woman named Jeri. She assists by popping up on the screen to give hints and evaluate progress. After that, the game goes to a gym where Blair, Erin, Fawn, Kellie and Quinn are. They can be clicked with a cursor in the shape of a human face: it changes to one with a speech balloon when placed over their heads (to initiate dialog and the dating progress), and to one with bulging eyes when placed on their bodies (to play a short "sexy" video of the girl).

The game manual comes with profiles for each girl, listing their predilections and dislikes. Using that information, the player must choose between three answers to each question made. These questions are displayed over a picture of the girl that changes according to her mood. Wrong answers bring sullen looks, and right answers bring broad smiles.

Jeri appears regularly to evaluate and encourage the player. Success moves the game forward to another stage, where the whole process is repeated again. Sometimes there is a change of pace with a mini-game (in the case of Quinn, after the second conversation the player has to win on a game of paintball against her). Each section has to be played from the beginning after failure. 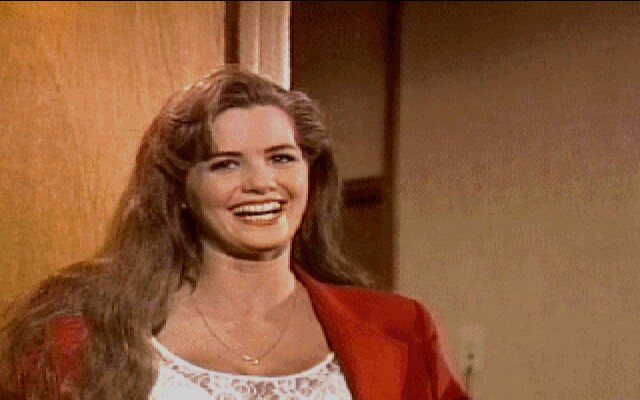 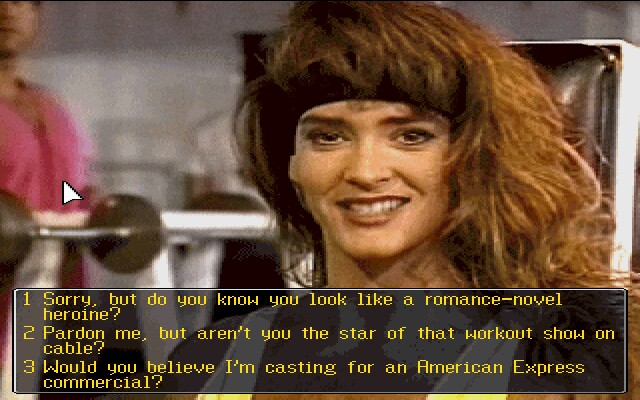