The Games
Magic Carpet 1
Bullfrog's first chapter is a masterpiece, a real achievement of playability, innovation and graphics. No other game before has ever offered something even remotely similar, with the possible exception of Populous. The story itself is spectacular: a war of Wizards led to the destruction of the world, and the apprendist of a powerful mage is appointed by his master of getting ridden of the evil creatures plaguing the world. The game boasts a very intriguing Arabian-like atmosphere, and the Magic Carpet of the title ties everything together.

Gameplay is the strong point of the game: you fly with your Magic Carpet, go around killing monsters by using your powerful spells, and taking "possess" of the balls of energy called Mana that they release when dead. When you possess an high enough amount of Mana, you will be able to pass to the next level. But, you can't hold all that Mana alone, so you will need to build a Castle (another spell, mind you). And proceeding in the game, you will find more and more spells, which will give you an edge over your adversaries. Yes, because you not only have to deal with the neverending legions of hellish creatures, but also with other wizards on magic carpets, trying to take your Mana for them. Amazing sky battles, powerful magic, and horrific monsters, this game has got them all. And let's not forget about the fantastic interface: you see everything in a first person, but not in a slide-show fashion like those Eye of the Beholder games: you can move totally freely in a 360° envinroment, fly everywhere you want. Your HUD will show your health, your amount of Mana, a situation of the Castle (it can be destroyed by creatures or wizards! Beware!), and a map showing where monsters and Mana are. You can even enlarge the map to show more of the world.

If gameplay is the strong point of the game then graphic presentation is the most notable one. All the world is designed in a full 3-D envinroment, with only monsters and creatures in 2-D. You can move your carpet everywhere, not only in a X-Axis like Doom, but also in an Y-Axis, meaning up and down. the world really feels alive, with inhabitants and trees, and of course creatures. The water is very nice to look at, and not fake like the one found in Panzer Dragoon. And then, the most amazing part: the terrain can be modified at will. If you have the right spells, you can create craters, canals and even vulcans. Every change you make to the world is in real-time, and will NOT disappear after a while: you can fly through the canals that you created, for example. And the level of detail is amazing, especially if your computer can handle the High-Resolution graphics (of course, that's not a problem anymore). 2-D images are also given full animations, making them almost 3-D. The complete 3-D world will probably confuse you at first, and it might get you some time to master the controls (again, that shouldn't be a problem anymore). The combo of keyboard and mouse is reccommended. The sound department is another thumbs up: musics have that "1000 and 1 nights" feel to them, making them almost unforgettable, and monsters shrieks and spell effects are just as great.

Some games will not be forgotten and Magic Carpet should be one of those. I could go on babbling about how I passed countless hours on this game, but I prefer to leave that to you to discover. Too bad that modern computers have issues with older games, because it's an experience that everyone should have. If you can put your hands on this one, and know how to run it, absolutely go for it.

Magic Carpet 2
Magic Carpet 1 brought forth and excellent mix of action and strategy, Magic Carpet was unfairly lumped into the 3-D shooter genre despite the game's highly cranial plot, puzzles, and controls. Magic Carpet II: Netherworlds did not deviate far from the original formula, but it contained a slew of new aesthetic and gameplay features which provide more focus and improve on an already stunning atmosphere. As in the original, players fly around on the eponymous rug, fighting creatures and other wizards using an arsenal of spells. The structure of the game, however, has been drastically revamped. In Magic Carpet, the player's only goal was to fly around the world collecting “mana,” a magical element released when the creatures of the land were destroyed. Once enough mana had been gathered, the player could proceed to the next level. Magic Carpet II eliminates the redundancy of this single-goal scenario, and relies on objective-based levels instead. These objectives range from the simple—say, flying to a particular point—to the challenging, where you are called upon to destroy an entire race of creatures.

And there are plenty of new creatures to destroy, as well as new spells to destroy them with. Even better, Magic Carpet II's new experienced-based system makes spells gain effectiveness as players become more proficient. The flight engine and the graphics have also been improved, speeding up the action and making it better -looking. In addition, sinister nocturnal and claustrophobic underground missions are included, delivering much more visual and strategic diversity.

With Magic Carpet II, Bullfrog has both maintained the spirit of a classic and improved on it in almost every respect. This title is an excellent successor to Magic Carpet and guarantees plenty of frequent flyer miles for every would-be wizard. 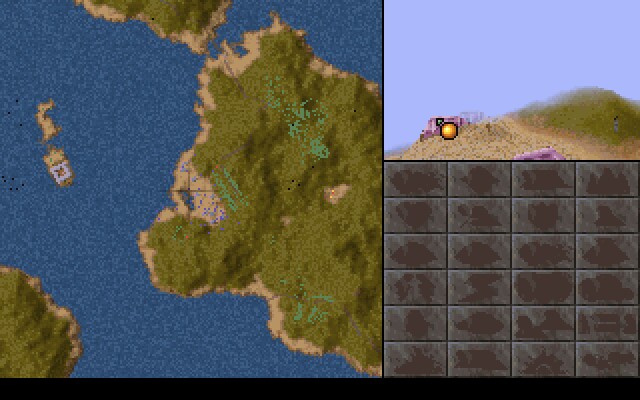 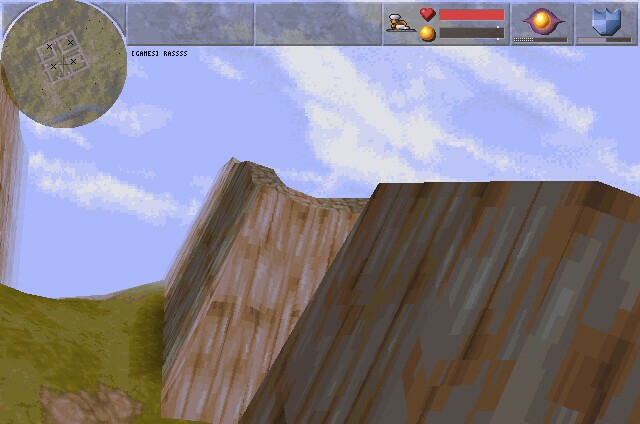 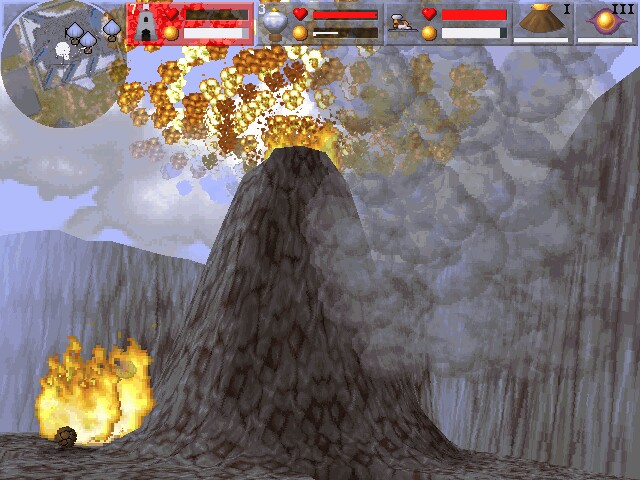 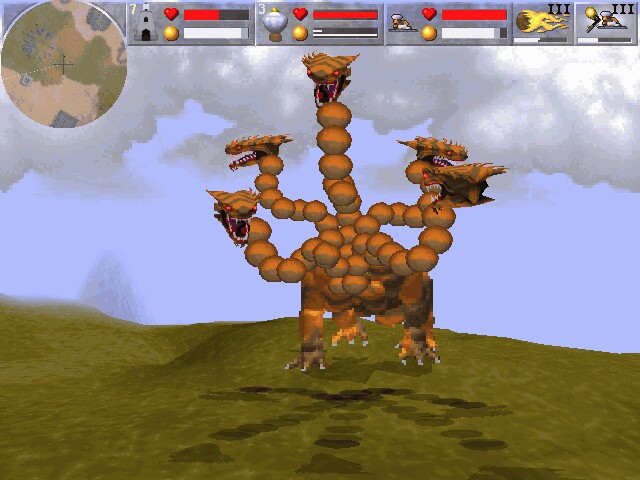