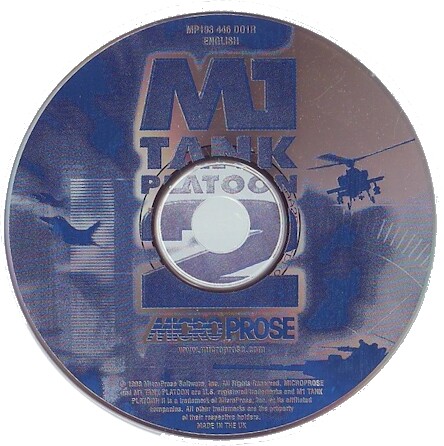 The Game
In 1989 MicroProse published one of the coolest games yet created for the PC: M1 Tank Platoon. Based on the then-untried-in-combat M1 Abrams Main Battle Tank (MBT), M1 Tank Platoon excelled in playability, graphics, replayability, accuracy, realism, and fun. It was a milestone for military combat simulations on the home computer. Quite naturally any attempt at a sequel would have some pretty big shoes to fill. Recent simulations based on the newer M1A2 Abrams model, such as Interactive Magic's iM1A2 Abrams and NovaLogic's Armored First 2, have attempted to match this unique combination with some success in different areas. Now MicroProse has stepped back into the fray with M1 Tank Platoon II, and while it captures basically everything that made the original good and a bit more, nagging bugs and other problems drag it down as well.

M1 Tank Platoon II initially offers you the capability to command a platoon of four M1A2 tanks, as well as any attached assets, on the modern battlefield. Initially you create a platoon from a variety of real-world active-duty battalions in either an Army Armored regiment, an Army cavalry regiment, or in a separate Marine tank battalion. The type of service plays a role in what kind of attached support you receive during campaigns. Characters are created for each platoon (16 in all, four for each tank), and each character can be promoted and/or given a medal during the course of a campaign, depending on the outcome of each scenario. A character's efficiency rating (professional, good, poor) translates into performance on the battlefield, so it's best to keep them happy in one way or another.

Three different modes of play are offered in M1 Tank Platoon II: training missions, single battles, and campaigns. Training missions take place at two areas: Armor School at Fort Knox, where basic tank functions and exercises can be conducted, and the National Training Center (NTC) in Fort Irwin, California, where you are put through a number of advanced tactical courses. As a plus, there is a digital strategy guide (DSG) available called M1 Tank Platoon II War College, which offers even more help and advice.

M1 Tank Platoon II offers both single battles and campaigns. For the single battles, there are five battles based on historical engagements in the Gulf War, such as 73 Easting and Medina Ridge (albeit with M1A2 tanks instead of M1A1s), and five battles in Europe, based on the typical NATO vs. Warsaw Pact confrontation, like the infamous Fulda Gap. Random single battles can also be generated and saved, and about a dozen of these are already available to play.

There are five campaigns available: Gulf War II (Iraq invades Kuwait and Saudi Arabia), North Africa (Libya invades Egypt), Far East (mutinous Russians near Vladivostok), Moldavia (Ukranian invasion), and World War II Revisited (invasion of Poland). Each campaign has a set difficulty level that can be altered upon selection, though typically the Middle Eastern ones are easier than the European ones. The campaigns are basically dynamic, and your successes and failures can and will ultimately alter the outcome of the war - continued losses will result in more defensive battles, while significant gains result in more offensive ones. The battles are randomized to a point, which unfortunately results in some ridiculously generated engagements. Do not be surprised if it is just your single platoon, with perhaps a self-propelled battery in support, against an entire motor rifle battalion.

A number of positions in the Abrams can be controlled by the player, such as the commander's position, the gunner's seat, and so on. Typically I find that I usually switch between the overall map view (where you can give specific orders to the platoon, other platoons, and whatever support elements you have) and the gunner's position. While theoretically the commander's position should be used more often - you can scan for targets while letting the gunner engage others - for some reason the gunner usually ignores your commands. To make things worse, the autoscan for targets hardly seems to work either.

As the gunner, you can have the most fun by manually tracking the enemy vehicles, choosing the proper ammunition type (HEAT, Sabot, MPAT, or STAFF), and blasting away. Once again bugs hamper operation - despite what you do, the computer loader insists on using the valuable specialized MPAT or STAFF ammunition (typically you only have four of each) at long ranges. Occasionally you'll encounter vehicles that have no business being alive after getting hit with a shell from your Abrams, like an APC or an AA gun, but yet they rove right on, shooting at you.

As it is, M1 Tank Platoon II is still an extremely well-done and researched simulation, and is worthy of the name. 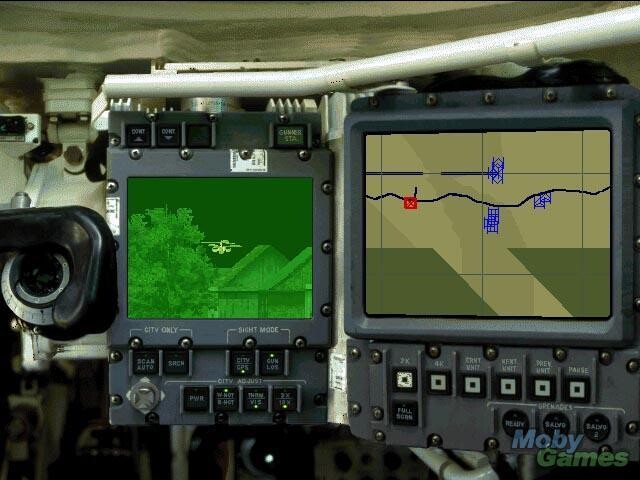 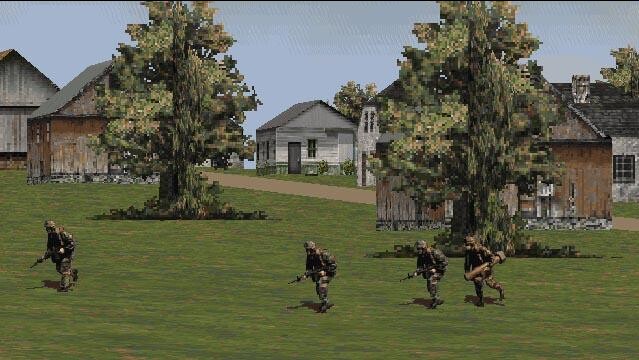