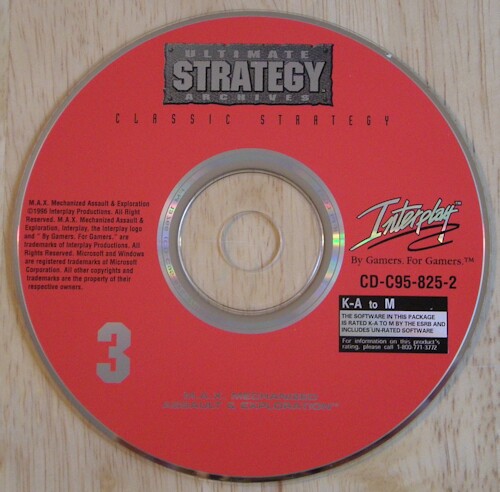 The Game
M.A.X is all about assault and exploration. Imagine a perfect cybernetic organism, a robot, guided by a human brain, which is kept in a nutrition fluid. This is the world of the M.A.X. Commanders. The known universe is governed by the “Concord”, a loose federation of rivalling powers. Humankind has organized into clans and is waiting on the spaceships of several Concord members to be sent on colonizing missions. Conflicts for habitable planets are fought by automatic units on the surface where M.A.X. commanders guide the units on their mission. The one who succeeds in dominating the planet has the exclusive right to colonize it; hence, this is the aim of the game. There are two ways reach it. First is to annihilate the opponents (this is the old fashioned way). The second is by collecting victory points that are obtained by building ecospheres.

The strategic options based on the abilities and weaknesses of the units are numerous. Basically all players can acquire the same units and buildings but their statistics differ slightly according to the clan they belong to. Depending on preferences, the player can produce different defence turrets, land, water or air units or even spy units, which are capable of disabling or capturing enemy units. It is not possible to conquer enemy buildings. If you want even more, it is possible to upgrade units and buildings in an almost unlimited way. As a weak point is that there is no line of fire or any variance of hit or damage while attacking. Every shot is a direct hit with the same damage, even if the enemy hides behind walls or buildings. The computer opponent is really capable of planning and building his base and he adapts to the tactics of his enemies. It is totally pointless to start a bomber assault on the enemy as long as his air defence is intact; and a bunch of tanks is useless if the enemy has placed mines everywhere since even the surviving tanks will be disabled or captured by his infiltrators.

The design is overwhelming. The colour accents enable contrasts and atmosphere without being offensive to the eye. By choosing a top down perspective on the main window the objects lack some dimensional depth, nevertheless there are some interesting details.

Actions in the game lead to sound effects as well as spoken messages in addition to the written ones in the main window. Both can be controlled or even switched off completely. The game is also backed by sinister background music.

Anyone who likes strategy games will like M.A.X. The virutally limitless ways to customize the game keeps it interesting to play over and over again. 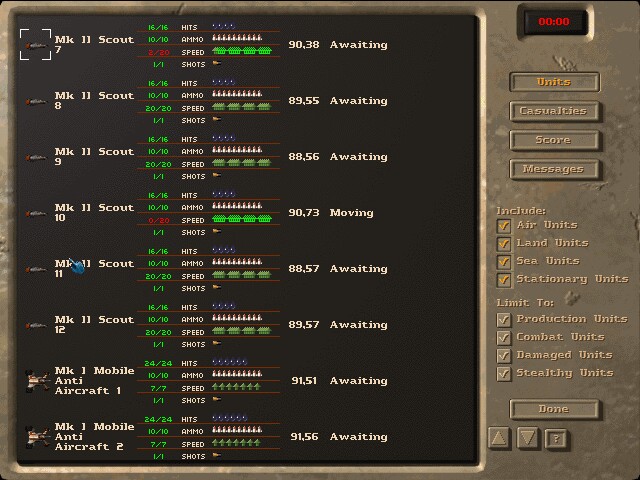