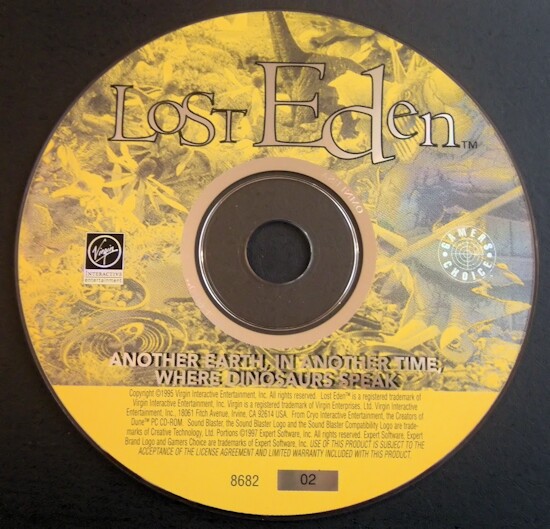 The Game
The story of Lost Eden is set in a time where dinosaurs and humans coexist. Decades ago, they used to live peacefully together and managed to build huge fortresses which were able to resist the attacks from the ferocious Tyranns. It was a time of peace when the Tyranns were afraid and not willing to attack the powerful alliance of the dinosaurs and humans. But throughout the years, things changed and the trust built between the two races declined. From the several mighty fortresses, only one remains now and is known as the Citadel of Mo. The king Gregor knows that Moorkus Rex, the Tyranns's leader, will soon come to attack Mo, but his son Adam is not willing to accept this fate. The day you start the game is the "Coming to Age" of Adam, and it might be the day that will seal their destiny forever.

The game lets you play the role of prince Adam who first has to rediscover the lost secret of building fortresses with help from the dinosaurs. You will be accompanied in your quest by Dina, a friend of yours able to translate any language. When you meet a character that is willing to help you, he or she will usually join your party, and at any moment you will be able to talk to any character of your group. It is important to talk regularly with your friends as they may give you valuable information about locations or provide advice.

Graphics for Lost Eden are brilliantly rendered for the era, and Cryo managed to give the graphics a very realistic touch with superb textures for the landscapes and dinosaurs. For its time the animations are so real that you feel like a spectator watching scenes from the prehistoric era. When moving to different locations, you will admire the quality of the animations and the surrounding music from another age. The dialogues can be subtitled in English, French, Italian, Spanish and German.

The actions are limited to five possibilities: talk, move, get, use and see. The icon is a spinning cube that morphs into arrows, to indicate which direction you want to go, an eye to view items around you, and a hand to get items from either your inventory or the place where you are in the game to use it with something or someone. If you wish to speak to someone, just move the icon onto the character and check to see if a sign of a human form appears on the cube.

The gameplay is exciting as you travel from valley to valley meeting new races and helping them to build a fortress. For each fortress, you must gather the forces of the Brontosaurus, Triceratops and the Velociraptors. Each species has specific needs you need to know. Each object will have to be found in the landscape or be obtained in an exchange of masks, for example, as it is the case with the Ulele, the tribe from the Ituru valley. 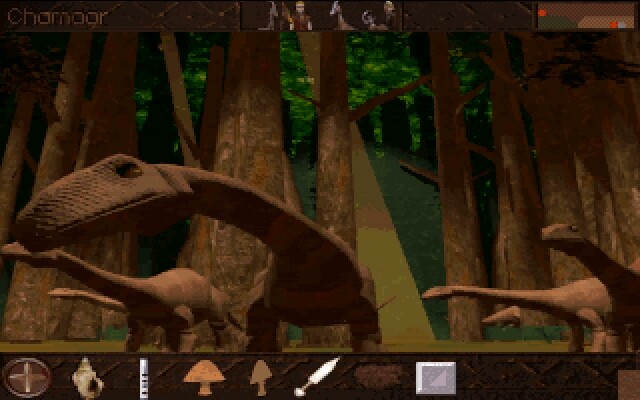 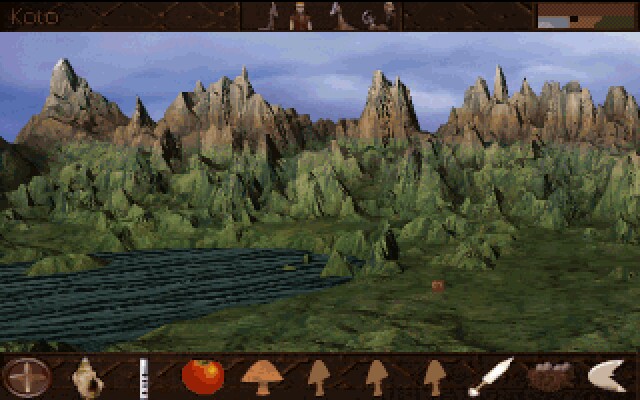