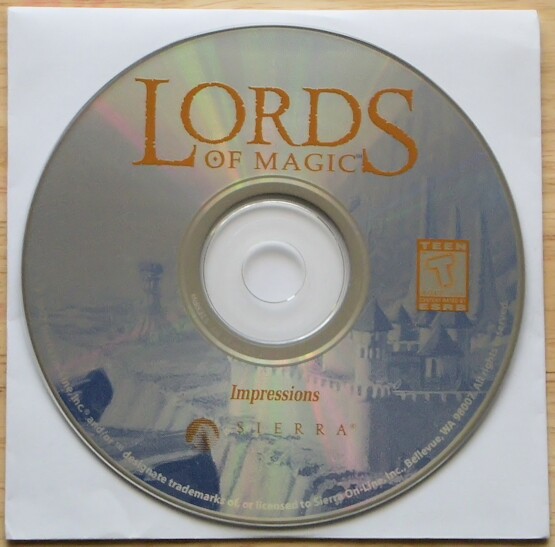 The Game
There is an order of magnitude of difference between Sierra's first release of Lords of Magic and Lords of Magic Special Edition. The former was rushed to market, contained an indescribable number of bugs, and was essentially unfinished. Sierra realized this quickly and released the Special Edition to not only fix the problems, but adds features and made a host of tweaks. The result is a stellar game. Lords of Magic: Special Edition is the version Sierra wanted you to play.

The background story is an evil sorcerer Balkoth and his minions have plunged the once beautiful lands of Urak into ruins. The surviving lords are in disarray, the people are starving, and the great temples of learning lie crumbling and unused. Just when all hope is nearly lost, a lord steps out of the darkness. With meager resources and insurmountable odds this lord stands boldly against the evil, you are this lord. What makes the game special is that as the game unfolds the plot fills in the atmosphere and brings the gameworld to life.

Lords puts you in the role as the leader. Your first decision is to choose your class -- Wizard, Fighter, and Thief, each of the classes has different attributes that can benefit and hinder your quest to free the lands of Balkoth's influence. You'll also have to choose the faith (the eight faiths include Death, Life, Order, Fire, Air, Earth, Water, Chaos) of your realm. This will have an impact on your strength and weaknesses in the game including the types of armies and creatures available to you.

Lords of Magic consists of resource management, army composition, and exploration. However before you can begin on that path you must free your faith's temple from the forces of darkness. These great temples are likely to be a focal point in your strategies while playing Lords of Magic, as you and your opponents must free your own temples before you can launch a career of questing for glory, power, and wealth. If you manage to free another lord's temple before they do, the populations of that realm will usually swear fealty to you.

Special Edition is lush with atmosphere. The strategic component, where you will maneuver all your armies and characters in a turn-based environment, is beautiful. The hills roll. The valleys reach. On top of that, there are fluttering flags, beating wings of flying units, and generally lots to please the eye. There is an audio element to the scenery, too. Waters lap. The winds of limbo roar. Everybody makes some kind of characteristic swish, clomp, or flap. Plus the game has a pleasant, if repetitive sound track that's different for each Faith. I turn the music down to about half-volume, just enough for background radiation. All in all, a first-rate presentation.

The standard Lords of Magic game is a long, open, Civilization-style scenario rather than a series of linear missions, such as in Fantasy General. You are given the choice of being a Warrior, Mage, or Thief, which you select prior to choosing your Faith. Wildly different troop, champion, and magic types are what give each Faith its distinguishing characteristics. This makes playing the Fire Giants a much different affair than, say, the Airy Faeries. Your lord is represented as a character in the game. This character can be killed (actually, quite easily), thus ending the game. Happily, the game auto-saves at the point prior to your initiation of the fatal combat. You are dropped in with a few loyal retainers, some resources, but no particular standing in the community. Go.

Although you are not under any dynamic time pressures in the turn-based, order-giving portion of the game, the turns do slip by and eventually, foreigners start paying you visits. In addition, there are numerous marauders and monsters wandering about giving you a hard time. Not everybody is hostile, which is a very nice element. You can chat with travelers, badger them, suck-up, trade (even units and real estate), and, of course, decimate those who oppose you. The challenge early on is to secure a power base among your Faith-mates as a prelude to spreading the good word. Ultimately, your objective is to bring down the Faith of Death, and not every group you encounter is going to be cooperative. Assume they have their own puny plans.

Once you've made a name for yourself among your Faith, you'll find the requisite mage spell research, troop training, infrastructure enhancement, and resource management opportunities. There is some detail and nuance here without being a micromanagement nightmare. One trick is to keep a cheap unit (bureaucracy brownies) or a convalescing one (walking wounded) in town so you can manage stuff when you're out playing with the army. You do have to plan ahead and make important decisions about how your champions spend their time. I like the concept of "fame" as a resource, along with gold, ale, and crystals. Fame attracts followers who you can put to work generating the above resources, including more fame in the Magistrate's Office, or train them for your army. Win battles and win loot and fame. Lose battles and lose same. If you capture the Temple of another Faith, you'll gain the option to build their units as well, leading to some armies with very interesting troop mixes.

Combat in Lords of Magic: SE is quick, chaotic, and deadly. Get used to this: You will lose lots of people in battle. This is important to know because a 3rd level unit is much, much more effective than a 1st level unit, so you want your troops and champions to live and learn. Experience tops out at 10th level for champions, 5th level for troops. The decision when or when not to risk a fight is a crucial one. Just as important is the need to get your wounded to safety so they'll recover.

The process of getting ready to tackle a particularly tough dungeon, slugging it out with foes, and then trundling back to town afterward for more NPCs and heal spells strikes a very nostalgic chord with me. I name all my guys, take pleasure when they gain levels, and am thrilled when I find magic items to distribute. Plus, when they die, I'm sorry to see them fall. These are all hallmarks of a good fantasy gaming experience.

Each of the eight Faiths you will be able to play in Lords of Magic: SE, while offering unique strategic and tactical options, are presented in the same extended campaign. The only variation is the composition of the main map. Whoever you are, it takes a long time to get to where you'd consider a big war with a despised neighbor. I'm not holding my play up as anything special, but it takes me five to ten minutes or so to do a turn (day), and that's if I have no big battles. By Turn 50, I'm just beginning to feel my oats. On the message boards players are boasting about their Turn 300 exploits. This is a long game.

The game comes with five quest-type adventures, some of them drawn from legend and literature, such as the adventures of Beowulf and King Arthur. The Death Quest starts you out as a necromancer, slaughtering elves and raising skeletons from your victims. Finally, my "Army of Darkness" dreams realized.

Lords has included a fantastic revised map editor, which lets me roll my own worlds replete with dungeons, characters, and magic items. You have complete freedom to lay terrain; place and remove cities, Great Temples, and other sites; define encounters; and customize lords and starting resources. The interface is excellent as well. When you're done, you've got your very own Lords of Magic game that's accessible via the "Custom" menu pick.

Ultimately, Lords of Magic: Special Edition was the best computer implementation of its time. It focuses on strategic thinking, tactical ability, and character development (in that order) without skimping on the atmospheric graphics, voice-overs, music, and sound effects. Lords of Magic: Special Edition also recalls for me some memorable moments in the better fantasy movies and books. A great companion for gray days and long winter nights. 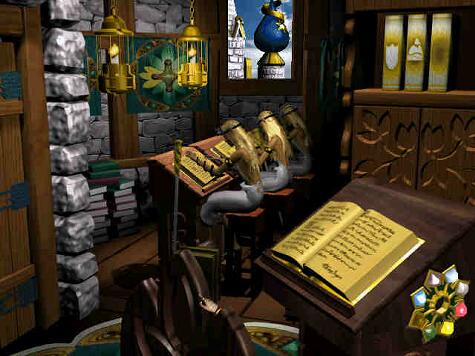 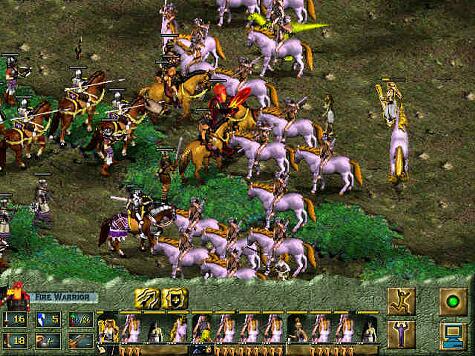 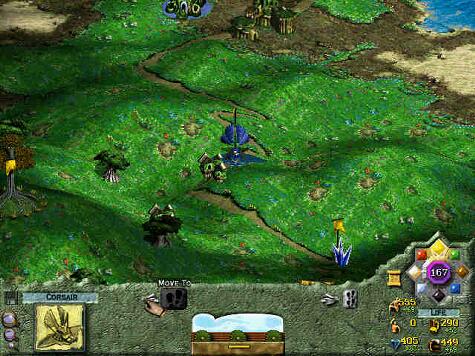