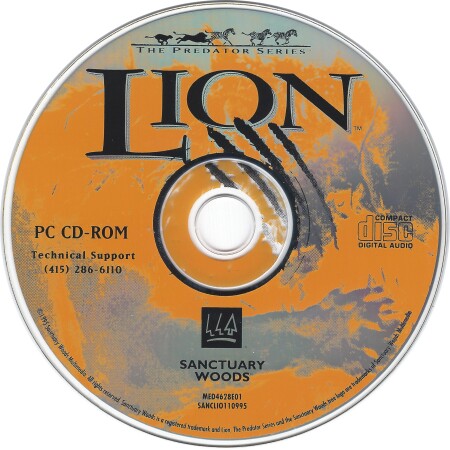 The Game
How many games have you played where you take control of an animal in a (semi) realistic simulation? Lion puts you in control of exactly that, a lion, and you must rest, feed and sleep to not just stay alive but to get ahead in life as well. To a lion that means defeating the head of the pride and then taking over as the pride's leader. But surviving is the most important aspect of life and you must hunt to feed and find water to drink. The problems between animals and man are also not left out, you can get a simple meal by grabbing some cattle of the Masai living there but they will retaliate. Poachers are also a problem but in Lion you can get back at them and attack them as well!

The main part of the game is the simulation, first you can select a lion with such colorfull names such as Hercules, Achilles or Mau Mau. There is a large selection of males and females with their own statistics and even their own back stories. Hercules for instance lost his mother to a hyena pack when he was two years old and two years later he became leader of the biggest pride on the savanna. The entire game is played from a birdseye view where you can see your lion walking around but the surrounding area is quite small so sometimes it's difficult to sneak up on your pray.

When in the simulation you can use your senses: eyes, ears and smell to locate prey or dangers. There is also an overhead map which will show all the animals in the area which is rather strange but rather a necessity because you cannot see very far on the screen. Once located you must stalk the victim because you can only run flatout for a short while before you get tired. Use the long grass and trees for cover and hit them when they don't expect it. It wouldn't be a simulation if it didn't involve all aspects of lion life and it does because you can mate, have cubs and raise them like you would in the wild. This isn't easy though and you will have to try often to be succesfull.

Apart from the simulation there are two other modes of play, one is the scenario based play where you must accomplish one set goal. This can be anything from capturing pray to feed your cubs to getting rid of annoying wild boars. If you accomplish the goal you will get a certain amount of points and you can do another scenario if you want. There is also a safari tour which is basically an encyclopedia with information, pictures and movies to show you all the aspects of a lions life. This part is quite extensive and the game has almost complete voiceovers.

You can't get a more unique game than Lion, the only other game released that simulates the life of an animal is called Wolf also released by Sanctuary woods. For those of us who haven't been a lion just trying to get a meal is hard enough and offers plenty of challenges let alone trying to extend the species. 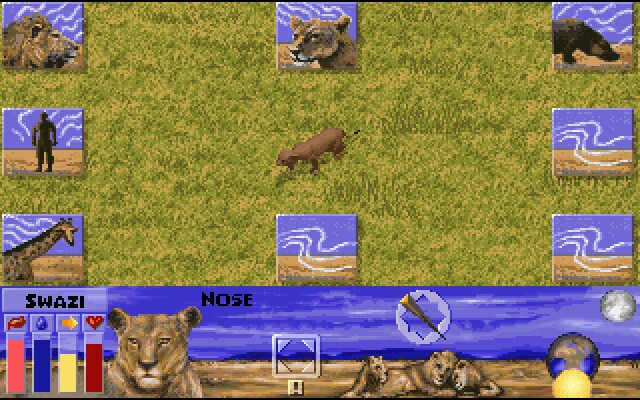 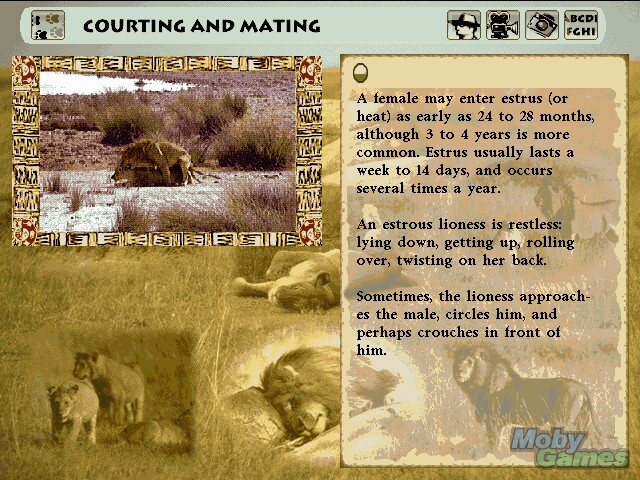