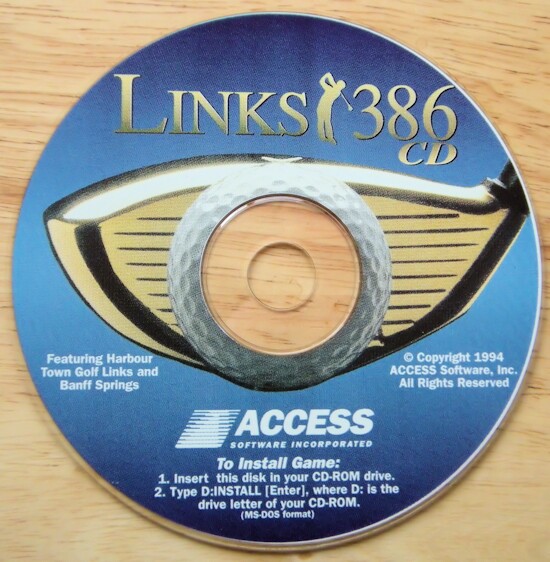 The Game
Links 386 was the most popular golf game of the 90s. It had the best graphics, the best interface, and was the best sports simulation that money could buy.

The most prominent feature of Links 386 is, of course, its SVGA graphics. The digitized golfer (of both genders and ten different T-shirt colors), the digitized houses and trees and the textured rendering of the background blend in with one another almost flawlessly. Granted, there are some odd exceptions, like when my ball was lying very close to the water and the program drew the golfer as standing on water. But overall, the graphics are absolutely stunning, and

The user interface of Links 386 may not be as noticeable as its graphics, but the interface is also one of the most friendly ones I have seen. There are nine different viewing windows with up to 345 different combinations. The main window shows the golfer with the camera located about ten feet to the right of the golfer and looking towards the green. This view, but not the golfer, can be rotated 360 degrees using a mouse and a compass. The player can change this window to three different sizes depending upon his/her choice of other windows. There are windows that show you your score and other stats, a window that shows the entire course from a bird's-eye view which is also zoom-able, a window that shows the green, a window that shows the elevation of the hole from the ball, a window that shows and changes the stance, club face angle and swing angle, and a window that displays the club distance chart. The bottom part of the screen is the control panel through which the player hits the ball and toggles the unopened windows. The playing is very easy. First, click the mouse on the main view window to select the target. Then click the mouse on the button that says "swing." The game uses a C-shaped swing indicator in the middle of the control panel to determine the strength and the direction of the swing. It is very easy to see and use.

Along with the easy-to-use windows and user interface, Links 386 provides a lot of little details that make this one of the most user- friendly games around. The player can choose the golfer's sex and T-shirt color. Access is working on the golfers of different races and left-right handedness. Each hole has six different pin locations and three different tee locations. There is no computer opponent in LINKS 386 PRO, but multiple players can play the game at the same time, or one player can record his/her game and send the record file to another player who then can play the game as if they were playing side by side. Using this method, Access is planning to have computerized golf tournaments through Computer Sports Network. Links 386 also provides a full statistical analysis of the players and the courses. The stats can also be printed onto a file or a printer. Links 386 also has an instant replay function for those great one-in-a-million shots, and the instant replay can be viewed in two different angles. Not only can the entire game be recorded, but each shot, especially if it is memorable, can be recorded and viewed later. I play golf regularly, and Links 386 follows the regular PGA rules. However, for beginners, mulligan (take back a move without penalty) and gimmie (ball is counted as being in the hole if it is close enough to the hole, plus one stroke) features can be turned on anytime. 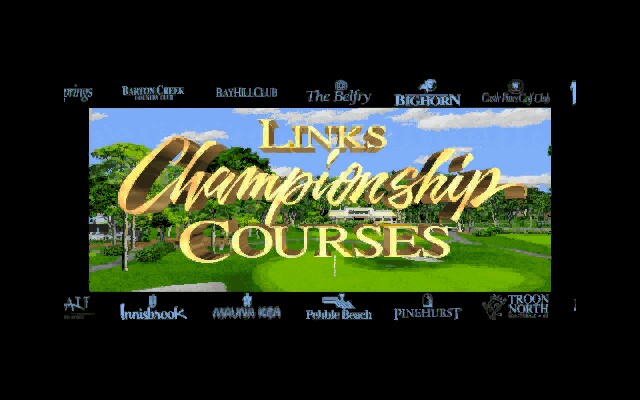 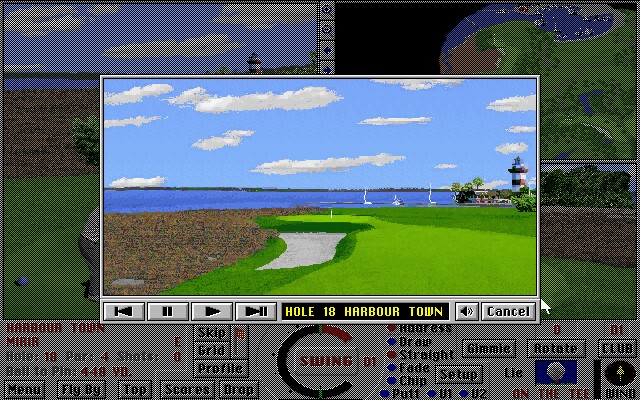