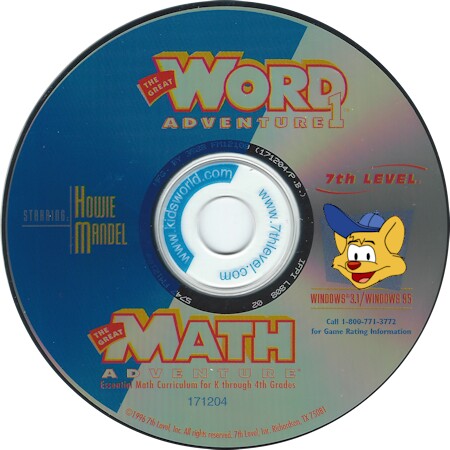 Actual Game
The Game
The Great Word and Math Adventure are two edutainment titles released after the immense success of Tuneland. The games are a series of adventures with Howie Mandel, his sister Sarah, his friends Stinky and a space ship. To progress through the gameworld there are a host of fun educational puzzles to solve.

The games offer a range of activities to help test your knowledge on different aspects of literacy and numeracy. As you would expect there is a lot of humor to be had, which can captivate a child and keep their attention, which can in turn help them to better retain what they have learned from the game.

There is, for example, a whack-a-mole game where you have to whack rats holding up capital letters. Other minigames challenge you to solve a numeric sum or put the correct number in a sequence. The result is ice-cream. Who would have a problem with that?

-Ice Cream Machine. Whip up some ice cream as you learn counting, sequencing and patterns.

-Catch a Match. Uncover animated pictures and test your memory while matching math problems with like answers.

-The Big Time. Play hide 'n' seek with Stinky and his time machine as you learn about time and the calendar. 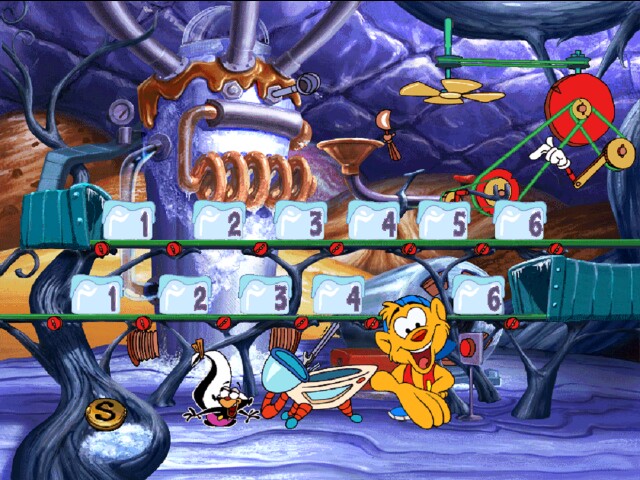 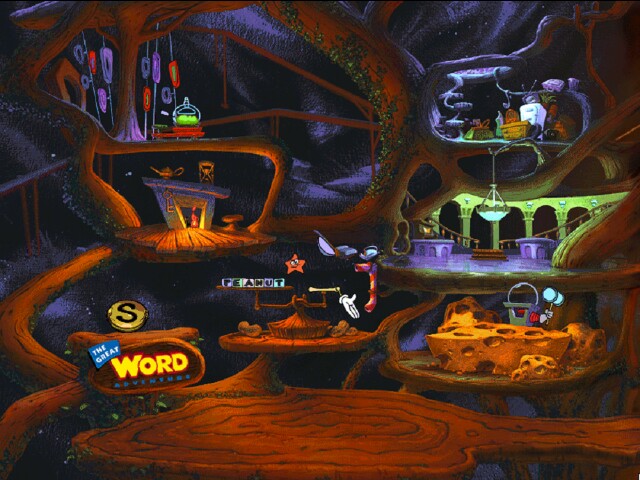