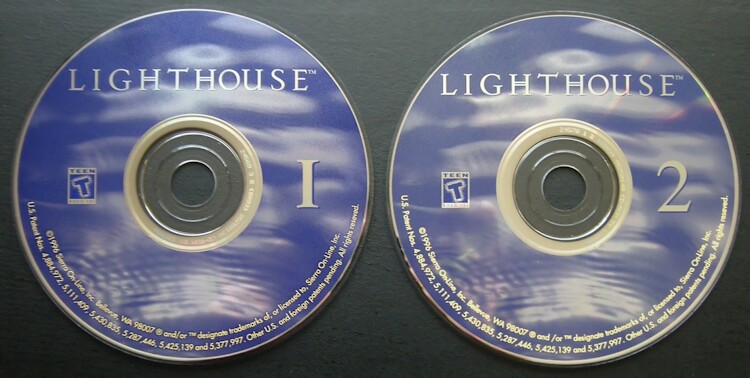 The Game
Why so many developers and published have been criticized for making "Myst-inspired" games I do not know. I for one am happy that there was so much diversity in the mid- 1990's in this genre. And I am so pleased by the resurrection of this genre by companies like Dreamcatcher games. That being said, let's talk about a fantastic adventure from one of the best developers and publishers of the early CD-ROM days: Sierra. This title followed the success of their previous "Myst-inspired" adventure, Shivers.

Lighthouse expanded the breadth and scope of Shivers; instead of navigating the interiors and courtyards of a haunted museum of the strange and unusual, you must trek through a mystical parallel world to save the infant daughter of your friend, the lighthouse keeper. She was abducted by a strange creature, gaunt and covered in tattoos.

Much like in Myst, you play yourself, that is, you walk through the world in the first person, solving puzzles, reading journal and log entries, and soaking in the beautiful visuals. Rarely is there the pressing need to complete puzzles within a certain amount of time, so the pace of the game is quite leisurely. There is pleasant music to accompany you on your journey that befits each scene well. The designers were careful in understanding how to break up this game into acts, much like a play or a movie. There are segues embedded within the game that transition the story seamlessly. And because there is a story, Lighthouse is a linear game where you follow each plot point to the next, to the end of the game. But that is beneficial, because the world you trek through feels like a real living and breathing world, where you are one person catching a glimpse of only a small part of it at any one time.

At the heart of a game like Lighthouse is the puzzles. Like Shivers, the puzzles are more or less impediments in your path. Once solved, you can move into a new area and tackle more puzzles. Many times there is more than one puzzle for the player to solve, and here is the only bit on non-linearity. And as in Myst, upon solving a puzzle, the player is rewarded sufficiently. There is a part in Lighthouse when you must refit a glider and launch it successfully. After doing so, the player is treated to a truly majestic flight. (The designers were aware of how awesome this scene was, so they permitted the player to travel back and forth from the point of origin of the glider to the destination).

The game begins in the real world but quickly transport the player to a strange and mysterious land. Curiosities abound: strange mechanical birds, submarines and shipwrecks, a volcanic island, a wonderful glider ride to a strange island guarded by a young girl, and of course, traveling through parallel dimensions to save an infant child from a malicious being. The music, while sparse was very suitable, the visuals and animations were beautiful, and the puzzles were reasonable. All of this combines to make a wholly enjoyable experience for the length of game play, from start to finish. This is a jewel of a game passed over by many. 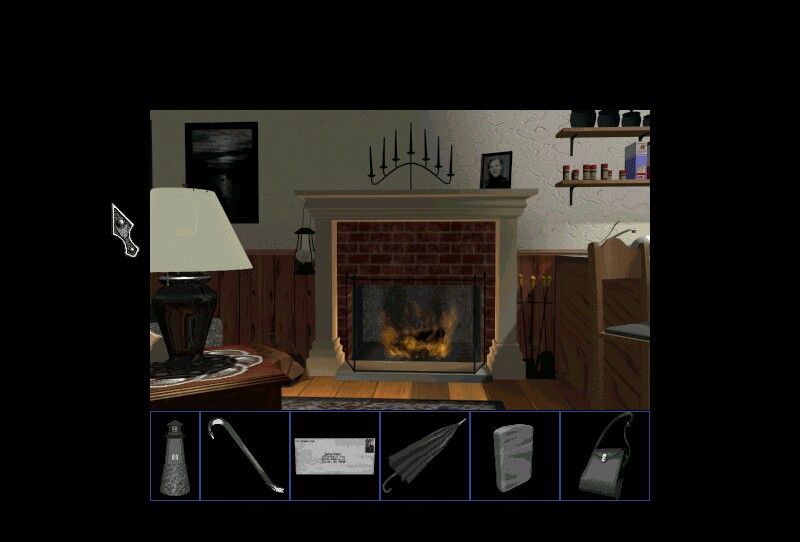 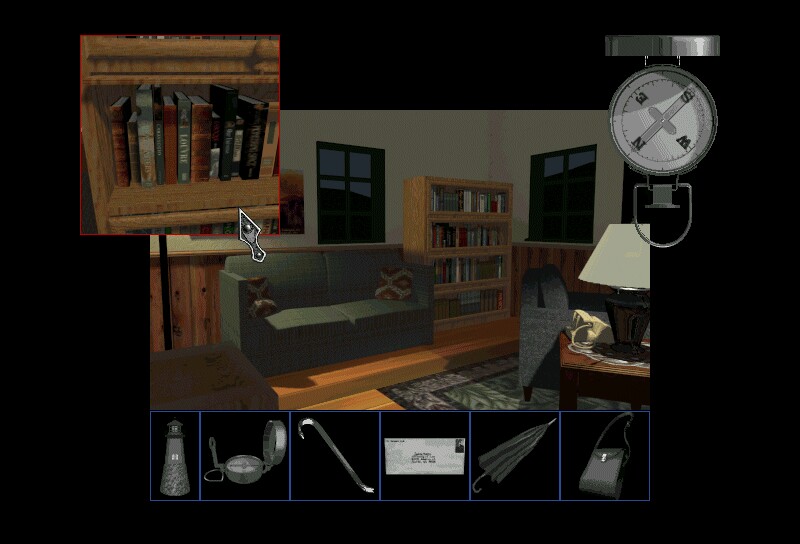