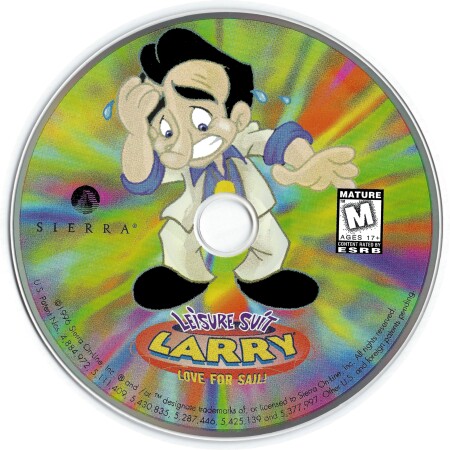 The Game
The Larry games have never been about social commentary, expanding your mind, clever puzzles, evolution of the adventure game format, or any such high-handed thing. They are here to make you laugh and show a little T&A, and if they give you that, then mission accomplished. Larry VII manages to go beyond the expectations.

After some experimenting with "real" storytelling that went awry more often than not in the middle of the series, Larry 7 continues Larry 6's brazen plop right back into the formula that made Larry 1 and 3 the favorites of the series - contrive some means to put Larry in a luxury getaway setting of some sort, give him the worst room in the house and have the staff treat him like a freeloader, scatter a few Bodacious Babes around with very low standards and loose morals, wind it all up and watch it go.

In this case, the game begins with a mini-tutorial where Larry winds up shackled to a burning bed after his romp with the Penultimate Babe of the previous game, and has to free himself and make a hasty escape. On the way out, he stumbles across a ticket to a week-long pleasure cruise and decides to take advantage of the opportunity.

There's the usual bevy of babes to attempt to bed on board, this time out having the gimmick of being a play on some celebrity name or another (although they all bear only the most vague resemblance to the IRL women they are named after.) The overarching goal is to bed Captain Thygh, who offers a contest of which the winner becomes her conquest of the present week. Larry is of course too incompetent to win at any of the events in the contest on his own, so the bedding of the babes intertwines with acquiring inventory items that you'll use to cheat in various creative ways.

Despite the familiar setting there's a couple of differences here from previous games, most notably the the new game interface, which combines the standard adventure game format with an almost Dragon's Lair style cartoony look. Moving about and interacting with the game is more or less the same, with a series of static rooms making up the cruise ship, but the game frequently cuts away to first person view or cut scenes that fill the screen with cartoon animation. It's a very unique look from any of Sierra's other adventure games and it's pulled off pretty well here. While the women are a little on the simplistic side, the game features a lot more nudity than anything previous in the series. There's plenty of naked people cavorting about the ship, and most of the girls have a hidden "Easter Egg" you can access to get them bare for at least a little while.

Additionally the game takes a more LucasArts-style approach making it impossible to die and, as far as I could see, hang yourself up to where you can get into an unwinnable situation. The game is thus a little simpler and easier than most of the other Larry games, but there's just enough challenge to make it not quite a cakewalk. Most of the challenge involves the new interface, which gives you a few preset verbs to use for basic functions, but lets you type in whatever you wish and forces you to figure out at least a few other usable verbs to solve a number of the game's puzzles.

All in all Larry VII is good enough for both Larry fans and general adventure game fans. Al Lowe's imprint on the game shows, making for a typically fun and somewhat bawdy adventure. 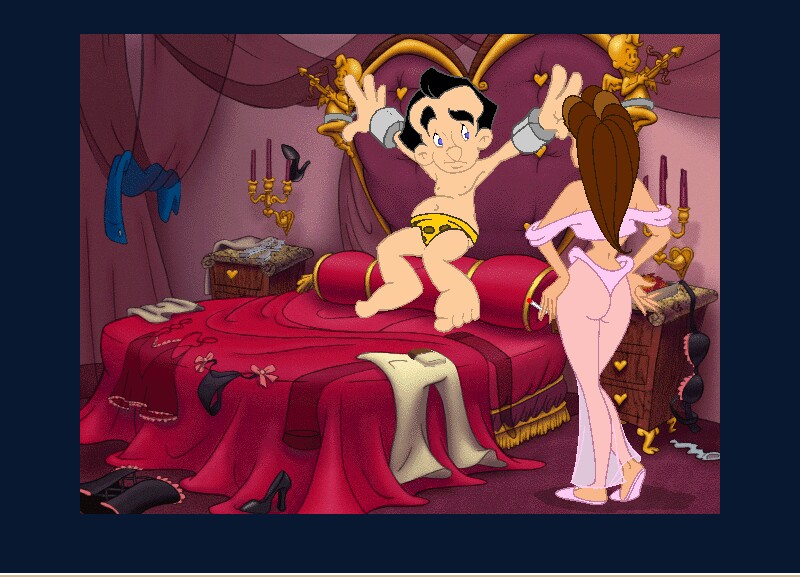 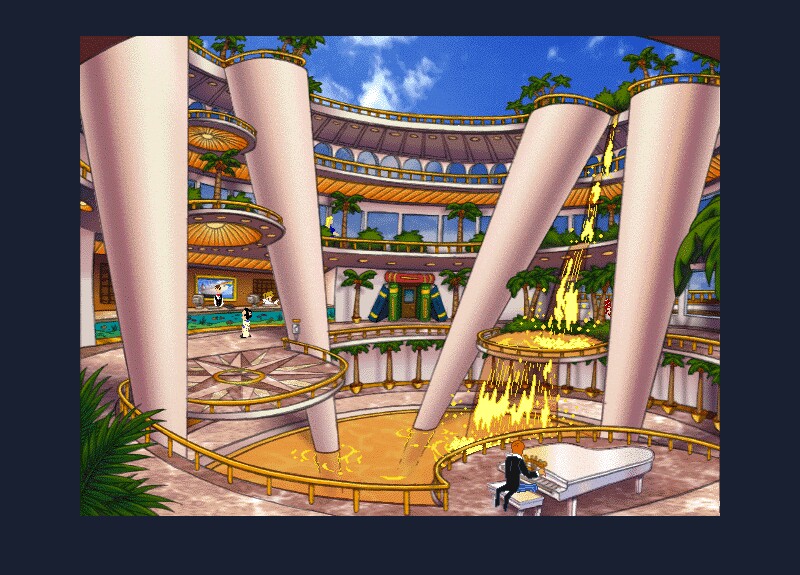