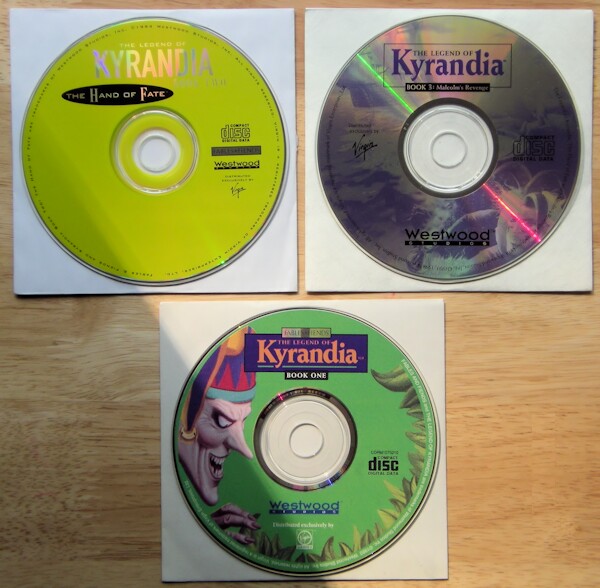 Book I - Fables & Fiends
Many years ago, the court jester Malcolm has killed the king and queen of Kyrandia. He has stolen the Kyragem, a powerful source of magic. With its power in his possession, Malcolm declares himself ruler of the land. Only after the Masters of the Four Magics seals Malcolm inside the Castle Kyrandia are Brandon and his grandfather safe from his wrath. Unfortunately, the Royal Mystics are unable to imprison Malcolm for eternity. Eighteen years later, he has now escaped and is wreaking his revenge on the kingdom.

You are Brandon, the orphaned grandson of Kallak, a mystic. Malcolm turns Kallak into a stone statue, but not before Kallak writes a note to you, guiding you to someone who can help. You must now set out on a series of quests in search of Malcolm, the happy court jester turned evil villain. Additionally, the nature spirit of the land charges you with the mission of restoring the stolen Kyragem. You must journey across the land, collect the artifacts necessary to get to the old castle, and reacquire the Kyragem. Working your way through sundry obstacles, you finally make your way to a final showdown with Malcolm. Along the way, you learn a bit more about yourself and your parents.

In this game, the puzzles all either inventory or spell based. All magic used in the land of Kyrandia is based on the power of the precious Kyragem. There is a small inventory and an amulet to hold spells that you acquire. The game has 25 key quests or puzzles divided into 4 chapters of play. Each chapter features progressively challenging quests.

Book II - The Hand of Fate
This book features a stronger story and a few more difficult puzzles than its predecessor. One notable highlight is the fact that you play a woman.

The graphics command the distinctive style as other Westwood games of the time, such as Lands of Lore, and are the product of wise use of color shading combined with skillful artistry. The result is scenes that are highly detailed, yet soft, as though viewed through gauze. The Trulight system allowed for light to fall on and off of Zanthia as she moves through each scene. Thankfully, there is lots of animation throughout the game, showcasing how well Trulight illuminates the scenes cinematically. A superb job.

The mystical world of Kyrandia has been afflicted by a horrible curse. Slowly, feature by feature, the land is disappearing. The highest (and most magical) minds in the land are stumped, until Marko the largely unwanted and his new valet appear. It seems his valet (a mansized, gloved hand) is an expert in these matters; it explains that a simple quest should break the curse. Someone must travel to the center of the world and return with an Anchor Stone. It chooses for this task the youngest of the assembled Mystics, a startled young alchemist named Zanthia.

Zanthia travels to many different places in this book: A swamp, a volcanic island, the fiery center of Kyrandia, and the heavens of her world, among other places. An amusing feature is that in each new location she snaps her fingers and changes her outfit to suit her surroundings. Zanthia is self-effacing and, unlike Brandon, doesn't whine. Here and there she magically contacts Fawn, her house-sitter, to check on the home front. Originally, you're told to find a special anchor stone that will make things right, but when you reach it, the plot takes a hairpin turn that sends you on a different quest. Also, clicking on Zanthia makes her talk to herself, and this often helped me decide what to do next. These traits are cute and entertaining.

Book III - Malcolm's Revenge
The third book of The Legend of Kyrandia series, subtitled Malcolm's Revenge, reunites the same production crew as the previous games. There is a good attempt at a thematic twist: the villain of the first game is now remade into a hero!

The artwork is well done and simply, but effectively, presents the world of Kyrandia. Similarly, the music and sound effects are pleasant, but they don't draw attention to themselves. A new video compression system known as VQ is used to minimize loading time of the graphics. It is rumored that VQ stands for "Video Queen."

A nice feature of Book 3 is that there is a good attempt to enhance the replay value of this game. There are many ways to initially leave Kyrandia. Some show you sections of the game that you will not see if you leave another way. There is also a section near the end where you choose from three choices, leading to different play paths.

The multiple paths at the beginning and end of the game are worth exploring. The game is already of a good size, and these extend play considerably.

Several new enhancements of the game engine are evident. The first is the new interactive Moodometer that is used to control Malcolm's personality and speech while interacting with other Kyrandians. The second is Supersound that can simultaneously weave a lively musical score with real sound effects. The third is a no click interface in which the player can access options simply by moving the mouse to the lower screen. The inventory or options screen can now dramatically shrinks down to a bar when not in use. The game also features a whole new soundtrack and fully digitized speech by over 30 actors. There are over 80 rendered scenes to explore, with multiple paths and endings. 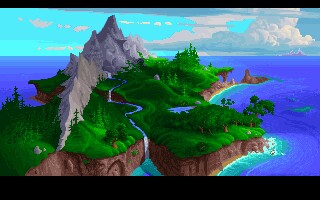 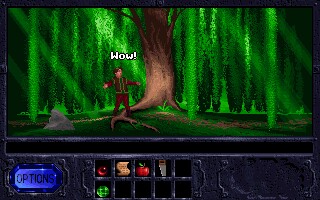 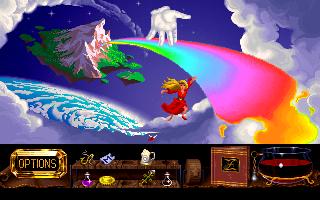 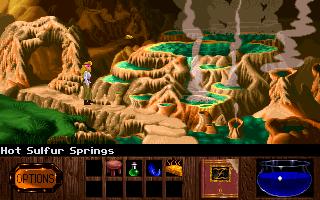 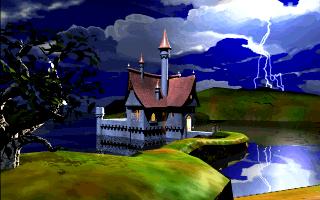 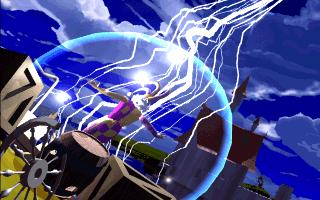