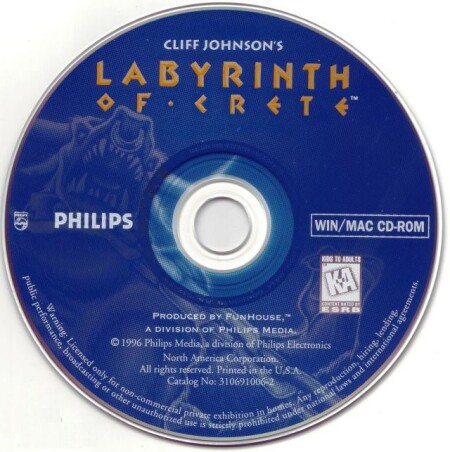 The Game
Labyrinth of Crete is based on Greek Mythology. You have been sentenced to death for stealing from Hera, Queen of the Gods. However, a reprieve from Zeus leaves you trapped inside the Labyrinth and you must solve a series of puzzles in order to escape.

You can play up to 12 separate games, each one consisting of 47 challenges. These take the form of word, shape, action, memory and logic puzzles. You can set the level of difficulty (choosing from Beginner, Advanced and Expert) for each of the types of challenge and it is also possible to change this while you are playing. This can be particularly useful if you get completely stuck halfway through a particular game and don't want to start a new one at a different level of difficulty.

In most challenges, clicking the right mouse button or pressing the space bar brings up a menu bar from which you can get instructions on how to play, reset the puzzle, in some cases undo your last action, alter the difficulty and change to a different challenge or swap to another game. An autosave feature keeps track of the challenges you have solved in each game you are playing.

When you begin a new game you are shown an animated introduction which leaves you in what is called the god directory. Here you have five doors to choose from leading to the temples of Poseidon, Ares, Hephaestus, Hermes and Hades. Here too are the exit to the Labyrinth guarded by the Minotaur and a door into the Maze of Madness.

Clicking on one of these doors takes you into the first challenge, Patchwork. This action puzzle involves putting together a picture from 42 blocks which move across the screen - something like a combination of Tetris and electronic jigsaw puzzles - and you have a rather distorted monochrome representation of the picture to guide you. If you get three blocks in the wrong place then the challenge resets to the last correctly assembled row. The pictures are quite elaborate and this type of challenge can require a good deal of experimentation. It quickly becomes apparent that practice makes things easier, especially when you try to complete the penultimate row when your decision time is greatly reduced.

Successful completion of the patchwork action challenge leads on to a further three challenges in each temple. These can be

Tracer presents you with a grid of hexagons with letters on them. You are given the starting letter and must trace out a sentence by clicking on adjacent letters. A message area shows how many words and letters there are in the solution and fills these in as you go. Sentences all relate to Greek mythology and/or astrology, for example, 'The water lily and the willow are symbols of Pisces'.

Block is a pentominoes puzzle where you must make up a rectangle of anywhere between 6 and 15 different shaped pieces. None of these can be rotated or lifted out of the borders of the rectangular shape. Sliding them around each other can be a nightmare and this was the only type of challenge where I finally had to resort to reducing the level of difficulty at which I was playing. At Expert level you get no clues as to which piece should go where; at lower levels you get either one piece or the layout of the whole lot to guide you.

Arcade consists of a number of astrological symbols floating up the screen. Clicking on each of these turns on or off one or more lights in the background picture. The objective is to select the right symbols to turn on all the lights. This is not too difficult although I found it impossible without making a written note of what effect clicking on each symbol had.

Scramble shows a zodiac symbol split into eight pieces. You have to rearrange these by clicking on certain hotspots in the surrounding picture. Each of these hotspots swaps two of the pieces. Here again, I found most of these puzzles impossible to do without writing the results down.

Maze sets out two words, one at the top and one at the bottom of the screen. The letters of one of these can be picked up and dragged through the maze where they are 'morphed' into different letters according to the symbols they pass over. The objective is to change all the letters in one word to match those in the other.

Tile is a logic challenge in which you are shown a set of three, four or five tiles. Choosing one moves this tile to the bottom of the screen. The god (or goddess) against whom you are playing then chooses one and moves it to the top. This repeats until you each have three tiles and they are then scored. However, the trick is that you don't know the rules governing the game and what makes a winning row will differ from game to game. I found that doing some astrological research helped here.

After solving all the five god challenges you have to get through the Maze of Madness. This consists of a screen full of zodiac symbols which you must select in the right order and the clues for solving this are found somewhere in the Labyrinth.

When you have successfully completed all 47 challenges, clicking on the game piece at the start will enable you to play any of the challenges separately without having to work your way to them through another game.

Labyrinth of Crete is worth dipping into now and again and I certainly learned a few things about Greek mythology and astrology while I was playing it. 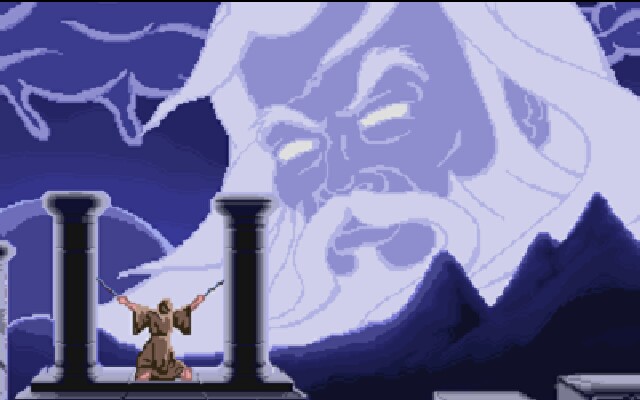 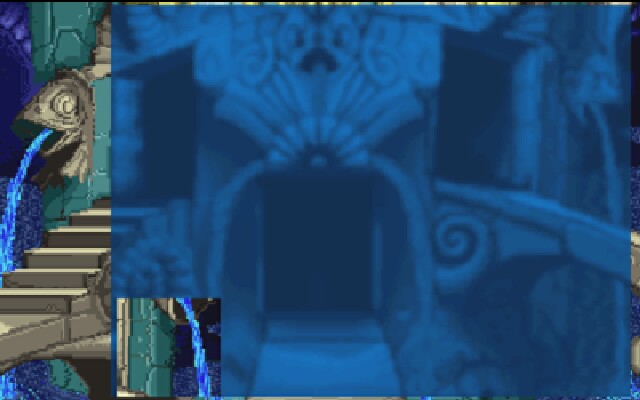