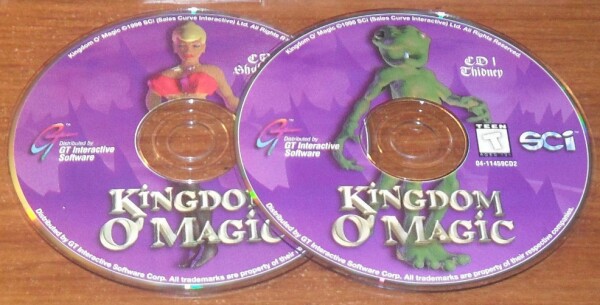 The Game
Kingdom O' Magic is an often funny, very conventional fantasy-adventure game that will remind many players of the Monkey Island games. There's no real story to Kingdom O' Magic, just a series of stand-alone quests and two goofy characters to play as. You can choose to play the easy Good Old Fashioned Traditional Quest, in which you wander about the kingdom trying to do-in a dragon. Then there's more difficult Magnificent 7-11 Quest, which requires that you find between seven and eleven of the toughest characters in the kingdom to protect the floating Flake Town from an imminent invasion. Finally, there's the hardest adventure: The Bizarre & Slightly Twisted Quest. Here you have to recover the Lost Lava Lamps of the Ancients, which are in the possession of King Afro.

Each quest involves a number of shared and recurring characters who pretty much stay to their places in the town (the bar, the wig shop, etc). Each also involves some subquests, such as retrieving the Grail for Afro to help free the Lava Lamps. Playing as either the wisecracking lizard Thidney or the well-endowed Shah-Ron won't change the game too much, just some of the dialog and wisecracks. The artwork in the standard side-view adventure perspective is top notch, as are the rendered scenes. There are the familiar commands - talk, use, take, hit, examine, and cast spell - plus the familiar inventory manipulations (use paper bag on the parrot, etc).

The adventure game aspect of Kingdom isn't terribly difficult - no more so than Monkey Island - but it's certainly enough to keep you busy, and definitely better than the twiddle-the-lever games that glutted the 90s. The dialog is funny more often than it's stupid, and because it's hard to create a funny computer game at all, this is quite an accomplishment. There are heavy borrowings and homages (and some downright thefts) from Monty Python, and the entire tone is going for that kind of Python/Douglas Adams weirdness. Kingdom isn't a ground-breaking or brilliant game, but it's surprisingly fun. 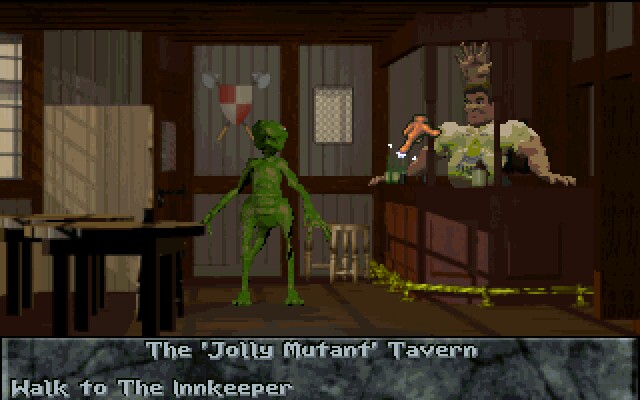 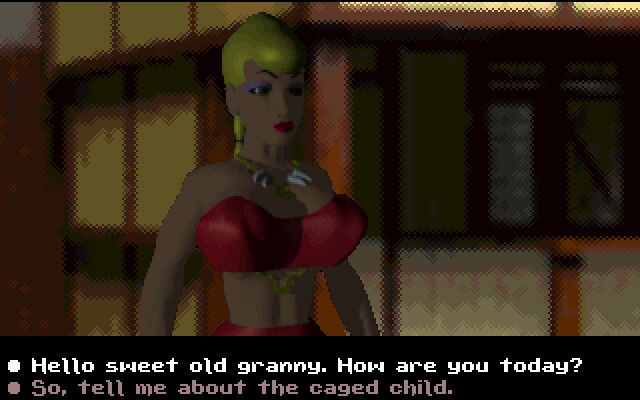