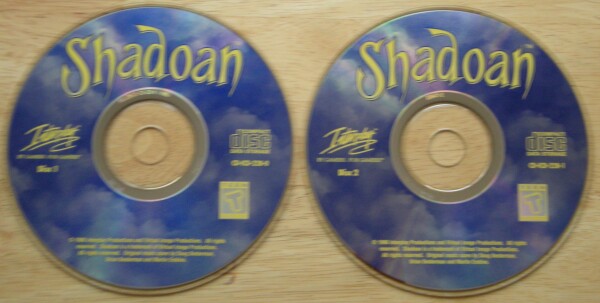 The Game
Kingdom II: Shadoan completes the tale of the magical lands of the Argent Kings that was begun in the first title, Kingdom: The Far Reaches.

If you are not familiar with the first episode, the game contains a short video sequence to bring you up to date. Once upon a time (well, it is a fairy tale) the Argent Kings ruled supreme over the Kingdom and at the end of their reign they forged a magical amulet and handed it into the care of the wise, Mobus to be later given to their heir. However, Mobus had a wicked brother, Torloc the Twisted, who plotted to steal the Amulet and rule over the lands. To protect his charge Mobus shattered it into five pieces and, many years later, as the rightful heir, Lathan must travel the lands and retrieve the five relics that comprise the amulet.

In Kingdom: The Far Reaches Lathan found three of the precious relics, the Black Mace, The Orb of Mobus and the Hunting Horn, in this game the search is on for the remaining two, the Dagger of Arne and the Crown of Malric. The story is plain and unembellished, the object is simply to find the relics and reassemble them to make the amulet. There are no side quests and no serious complications or tricky obstacles to overcome, making the game particularly good for younger players and a possible choice for anyone new to computer games. For the experienced adventurer, however, it will probably lack the challenge.

Like the story, playing the game is simplicity itself. As with the first title it is not a traditional adventure game. It is more akin to watching a cartoon session, as travelling from location to location prompts a cartoon sequence which you must watch and listen to for clues. Only when the video finishes and is replaced by a static screen is it possible to 'do' things such as pick up or use the few objects, or locate a screen exit. Only occasionally, however, will you find and travel to another location from the action screen, as most of the travelling is accomplished by opening the map and clicking on an accessible destination.

The 'puzzling' in this game is limited to picking up clues in the video sequences and following the good advice when the appropriate time arises. Very often the required action must be performed in a specific time span so it is likely that you will 'die' a lot, though I don't recall this being as big a problem as it was in the first game. For instance, a character in a video sequence will tell you that an object will overcome a particular adversary, or what its specific use might be, and then it is up to you to use it at the crucial time if you don't want to dispense with one of your lives.

This game is a kind of 'story book' adventure. There are few items to collect and it's fairly obvious where you must use them, especially as the game characters tell you quite precisely what to do rather than offering cryptic hints to solve the problems. And just in case you haven't been paying attention and following the story, each time an action has to be performed a small selection of inventory items magically appear in the crystal scrying glass at the bottom of the screen. One of these items will get you out of your current dilemma.

Though you may lose a life occasionally, Shadoan is a game where it is almost impossible to get stuck, about the only real jeopardy you might face is in over-using the scrolls that your mentor, Daelon, makes for you. They must be used wisely or failure is guaranteed. Also, you are allotted three 'lives', with the opportunity to regenerate if you visit the correct location. So there is plenty of scope to make mistakes so long as you don't slip up at the very end of your life-line when there is no option but to restore or restart the game.

Anyone who has played the former game will quickly see that Shadoan is very similar, but it's not without improvements. Though the cartoon-like graphics are much the same they appear 'livelier and less washed out in this rendition which is, to some extent, due to the re-design of the game screen. The 'play area' still occupies around one third of the screen but the surrounds where the icons to access the inventory and the game controls, etc, are located have been greatly improved with much more color and a 'friendlier' feel.

Also, this game has five save game slots as well as controls for toggling off and on the music and sound effects. During the course of the game you can access the 'history' book to read about the land and the characters you will meet. There is also a notebook where you can make your own notes as well as on-screen text for all dialogue despite the voices being very clear. The on-screen text can also be toggled on and off. Though it takes its time to scroll across the screen and is often left far behind the action, it is nevertheless a very welcome addition.

In the end Shadoan is a fun fairy-tale game with entertaining graphics and catchy music that works very well to build up the atmosphere. 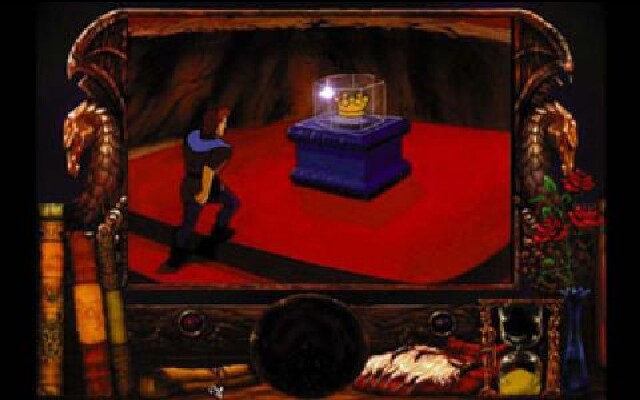 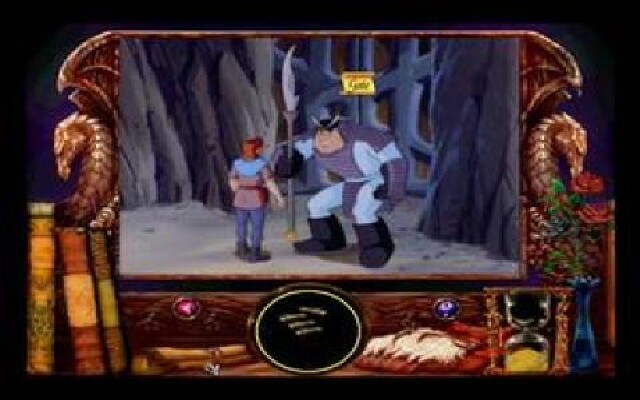