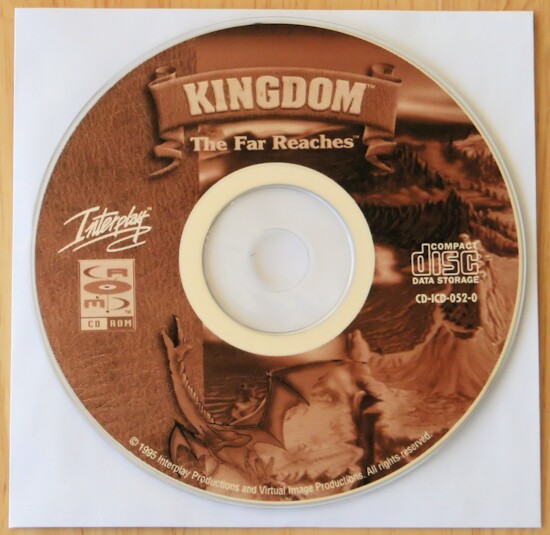 The Game
Rick Dyer, the creator of 'Dragon's Lair' (now housed in the Smithsonian Museum) designed this beautiful award winning game. It is a grand and glorious fairytale: an epic quest reminiscent of Tolkien that can be enjoyed by both adults and children.

Long ago the Argent Kings ruled the Five Kingdoms of the land with wisdom and magic. But eventually they chose one man, the Great Wizard Mobus, to rule as Archmage. To help him rule justly, they gave him the source and focus of all magic: an amulet called the 'Hand'. But his brother Torlok was jealous. He built himself a stronghold in Shadoan near the barren lands, and there enlisted the Dark Powers and plotted death and destruction. He killed almost all of the Great Wizards and defeated Mobus, his brother.

But before Mobus disappeared, he split the Hand into 5 pieces, hiding them in the Five Kingdoms to keep them from his evil brother. And so Torlok still lacked complete control and continued to send his emissary, the Plague Magician, to search the Five Kingdoms for the hidden relics. In bloody vengeance, Torlok slew every man, woman and child in the great race of the Argent Kings, save one: a girl child named Cheron who was hidden with the Sea Dwellers. Eventually Cheron grew up, married, and had a son Lathan, who was raised unaware of his royal heritage. His mother apprenticed him to Daelon, the only Great Wizard left alive, for both safety and training.

Lathan and the Plague MagicianAs the game begins Lathan, although still only a boy, is told by his mentor Daelon that he must find and reunite the first 3 relics from the Hand of Mobus, and Daelon provides him with magical scrolls to help. Lathan must travel to the far reaches of the land: to 3 of its kingdoms, including Iscar where Drakesblood the Wicked, Torlok's puppet King, rules. And if his quest is successful, he will be able to save Princess Grace Delight, the rightful ruler of Iscar who Drakesblood has imprisoned, and restore her to the throne.

This is a 3rd person, point and click game with inventory (your pouch). It is set in a wonderful Medieval-looking world of enchanted castles and forests, wizards and magic. The story is engrossing, the voices are great, and the music is stirring. And the graphics are absolutely astounding: Disney-quality flawless animation with over 57,000 hand-painted animation cells! The feeling is one of being in the middle of an interactive movie in the theater. They are some of the best animated graphics that we have ever seen!

The puzzles are not difficult, primarily involving using the right item at the right time, but there is one timed puzzle (a mini quest) toward the end. Whenever the action momentarily 'freezes', you know to either use an item that has magically appeared out of your pouch or leave the area. There is an animated introduction to each new location which provides valuable hints and advice, and can be repeated if necessary or turned off if not. And the game can be played in either easy (apprentice) or hard (wizard) mode, with the easy mode eliminating some of the trickier puzzles and untimely deaths.

Oops!Because these magical lands are fraught with peril. In addition to the threat from Drakesblood and the Plague Magician, there are thieves about who steal your possessions, potentially fatal dust storms, devil fish, crystal tigers and mist monsters to contend with, among other things.

You will have 4 magical spells to help, but use them sparingly and wisely because you only have 3 of each spell, and you will need them later in the game (notably in that timed mini quest). And use of your Traveling Spell weakens your health, so use the map to travel instead whenever possible (even if there are two places where you can go to heal yourself). You are given 3 lives, but you will need every one of them to complete the game. So always save before trying anything even a little bit doubtful, because you can die unexpectedly (the death scenes are funny!) and there is only one save game slot.

This great animated adventure is one of those rare games that you can play with your children, and both will enjoy it! And note that although this is a stand alone game, the story does continue in Kingdom: Shadoan, Book Two where you recover the final 2 relics of the Hand of Mobus. 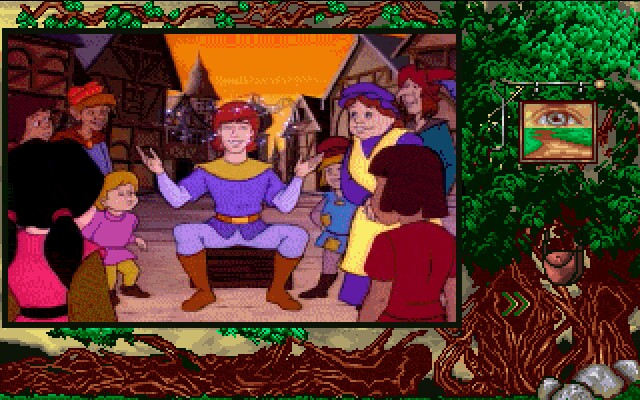 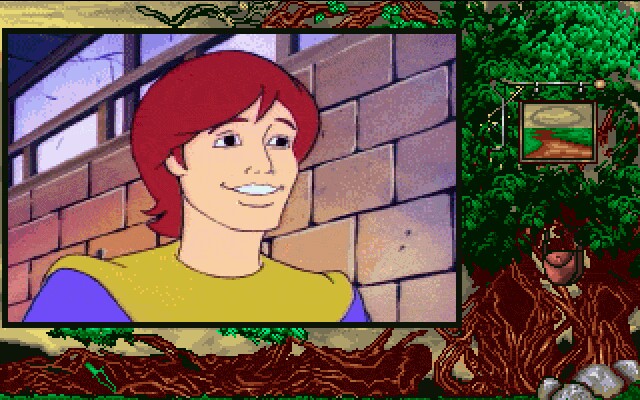 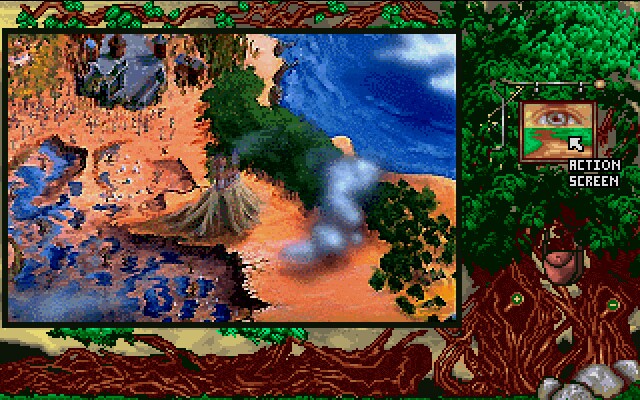