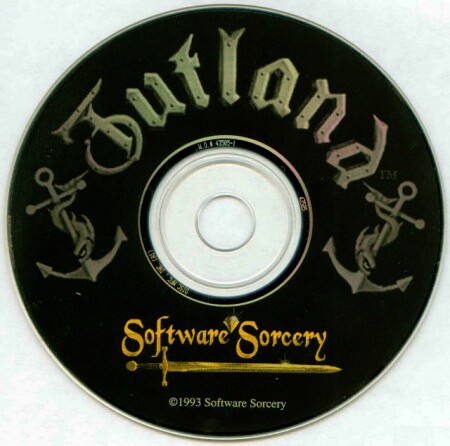 The Game
Software Sorcery really did its homework with Jutland. Not only do the ships look like their real-life counterparts, but they act like it. Certain commanders had little "nuances" which made them unique. With Jutland you can pick this out.

This is not going to be a game that you defeat the first time out. The interface is quite intuitive and easy to get the hang of as it's totally mouse driven. If you know WW1 naval history, then you'll have a leg up on this one. If not, then be prepared to lose a few even if your an experienced naval sim buff. It's alot different even from WW2 to WW1 and Jutland really brings out the differences. There's no modern computers to figure the angle-on-bow, no easy targeting, no nothing. This is when sailors were sailors! They knew the sea and the ships who rode on them.

Jutland runs in real-time. That means that while you are doing one thing, the computer is doing something else. Adapting it's strategy to what you do. There's no "turns" here. Just like in real life.

In Jutland, you can choose either side. The Royal Navy or the mighty German Navy. There are pros and cons to both so you have to adjust your strategy appropriately. You can also choose your level of involvement from Commander-In-Chief to Ship's Captain. Do you want the whole fleet under your cap, or just one ship? It's a real challenge to set up division formations in the higher levels. And you have to because they will not do it automatically. In the higher levels, those ships not receiving orders will just sit there. Not much initiative, but I like it. There has to be a real attention to detail.

One thing I was very curious about was how the program resolved the physics of gunnery. Many games, even today, treat it like shooting a laser...pure straight line. Well, we all know that in real gunnery, there is a ballistics model that must be followed. All shots have an arc and the damage that is done is dependent on what section of ship was hit. The sound here is great as you can hear your shots hit with a loud "clang". Misses have an appropriate splash sound. If you hit an engine area or some others, you will hear secondary explosions as well.

All in all, I can't praise Jutland enough. It's a delight to play, see and hear. 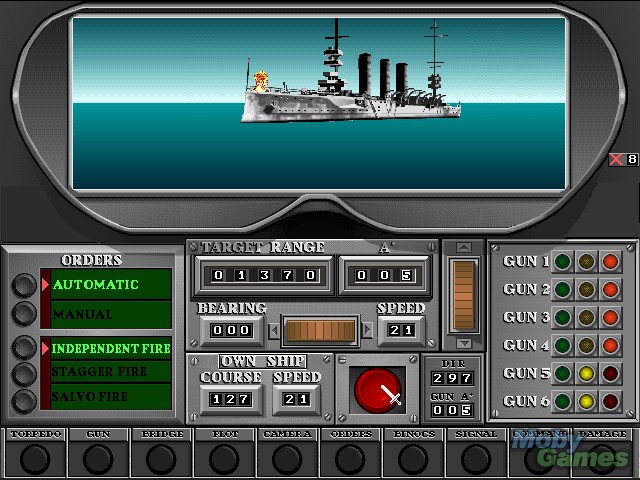 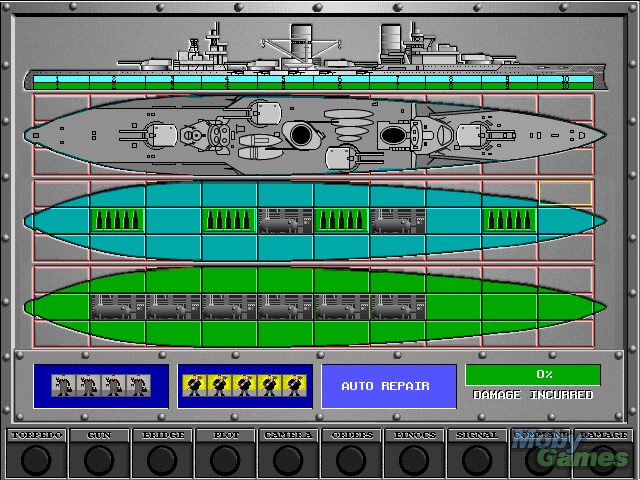