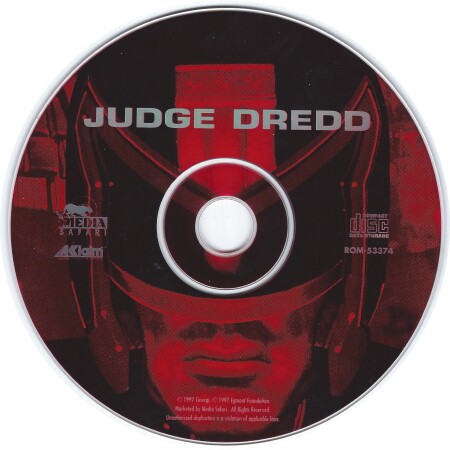 The Game
Judge Dredd was developed by Probe Software, published by Acclaim and released in 1995 for the PC, Super Nintendo, Sega Genesis, Game Gear and Game Boy. It was based on the film of the same name which in turn was based on the long running 2000AD series of comic books.

Judge Dredd is, at its core, a side scrolling action platformer. You control Dredd as he makes way through mission based levels, armed with his trusty Lawbringer side arm. The missions are quite straight forward and normally center around destroying certain objects, activating doors via PCs that also act as check points or taking out a certain number of perps. They layout of some of the levels can be a little confusing, especially when you are looking for a specific mission based object, but they aren’t completely impossible to navigate. The enemies are surprisingly tough though. Your run-of-the-mill thug can take a quite a few bullets before he gives up. Which brings me to another interesting aspect of the game. You can actually arrest enemies. When you shoot at an enemy for long enough, eventually he will drop to his knees and “Guilty” in glowing yellow letters will appear above his head. This means that you can arrest him. Not all enemies do this though. A lot will simply keep shooting back at you until you eventually destroy them.

The dense urban backgrounds look deliciously dystopian and the rainy weather effects further sombre the mood. The Judge Dredd sprite is especially well animated with his shoulder armor swaying as he walks and his pistols lighting up the front of his body when fired. It’s those kinds of touches that can really complete the graphical aspect of a game. The levels change as you progress through the game, which loosely follows the same sequence of events as the movie.The music ain’t too bad either.

Dredd is agile and quite easy to control. He is quite tough too, with his heath bar displayed at the top of the screen. Dredd isn’t invincible however. You start the game with three lives and once they are gone it’s game over. Extra lives can be found throughout the game and are sometimes awarded at the end of a level depending on how well you did. Dredd also has a huge selection of weapons to use. All of the weapons (except the stock standard gun) must be collected and are typically found inside ammo crates sprinkled throughout each level. Some of the weapons, particularly the grenades, are essential to complete level based missions, so ammo should be used sparingly. That said, if you happen to run out of ammo, back track through the level long enough should you should be able to find more of what you need. 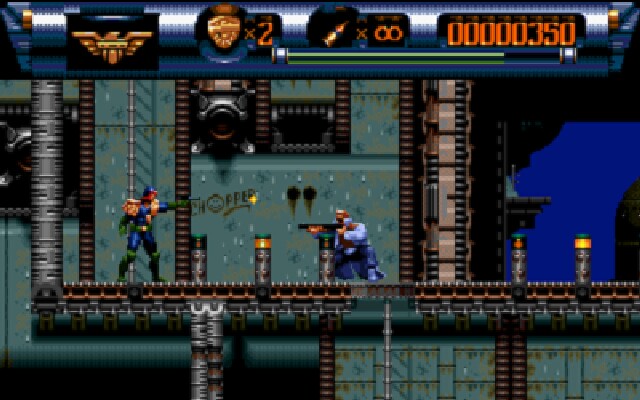 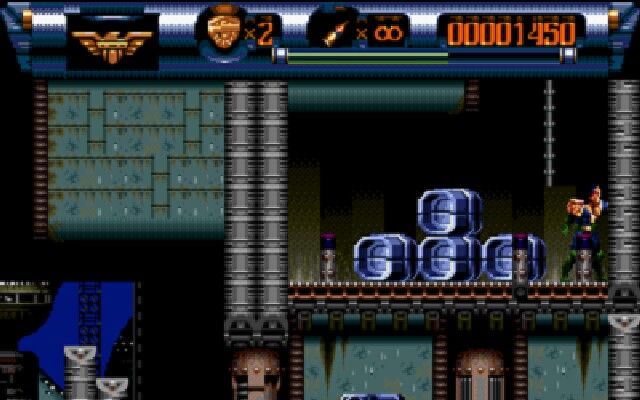