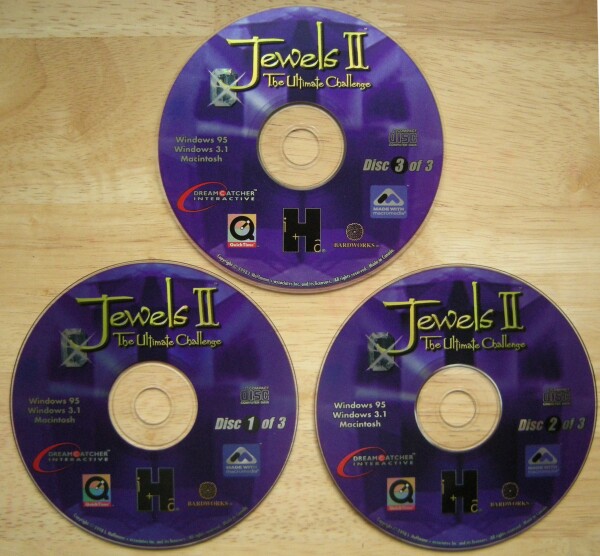 The Game
It takes only a few moments of playing Jewels II: The Ultimate Challenge, Courtland Shakespeare's 1997 sequel to his 1995 Jewels of the Oracle, to realize that this game is not so much a sequel as it is a remake. The basic premise is identical. You wander from room to room, discover how to operate ancient machines, and collect a gem for each puzzle solved. Solve all 24 puzzles and you have the opportunity to solve the last puzzle and uncover the (modest) secret of the Kavi, the long gone folks who built the place that now lays in ruin. If you like Jewels of the Oracle, you may like Jewels II: The Ultimate Challenge.

More than 9,000 years have passed since the ancient Sumerians lived. Yet deep in an underground complex of passageways and rooms there survives a collection of challenging puzzle devices. Solve these perplexing cerebral temptations, collect the Gems of Darkness and unravel the mystifying code of a people long departed from this world. Professor Bhandam—an experienced archeologist—will guide you in your exploration. Your reward? The Treasure of the Kavi. Step back in time, as you exercise your mind power and intuition.

Jewels II: The Ultimate Challenge features richly realized QuickTime animations to provide dreamy transitions between rooms throughout the 3 story underground ruin. Approximately 75 minutes of Full Motion Videos are shot for the game. Gamers with relatively recent systems should have no trouble with the hardware demands of this game. The puzzles, constructed with Macromedia tools, combine convincingly ancient textures with compellingly creaky sound effects. Music is appropriately evocative, providing the sense of a wondrous world long lost. There is even a genial human guide in the form of veteran character actor Henry Ramer. Does all of this add up to a compelling, edge of the seat adventure? For most adventure gamers, probably not. The game is a leisurely diversion—an opportunity to drop into another world and solve a puzzle or two at the end of a long day.

There are 25 puzzles in all—8 in each of the ruin's 3 levels, followed by the bonus finale stumper. Difficulty can be adjusted on the fly. If a puzzle proves too frustrating when set on Hard, it can be restarted to Easy. The game interface includes a hint book in the form of Professor Bhandam's journal. The journal, which replaces the cryptic hints offered by the oracle in Jewels of the Oracle, is considerably more useful. Even funnier, the journal refers to the oracle as the "old triangle head". There is also a map which speeds up movement between the puzzles. The gems you collect wind up in a token box which is part of the interface. The token box neatly replaces the endless trips to the altar in Jewels of the Oracle. Puzzle manipulation, with a singular exception, is a single button point and click affair. Gameplay consists entirely of figuring out how a device works, determining its solution setting, and collecting a gem. Pay attention to your surroundings! Decorations in a room may provide clues to a puzzle solution in another.

Like Jewels of the Oracle, this sequel provides a highly polished and deeply immersing experience. The puzzles are varied. They are challenging but fair. The atmosphere is thick enough to even spread on toast! Because the entire ruin is open at all times, you can solve the puzzles in any order. For those who enjoy Shakespeare's style of gizmo puzzle design from the last game, this game is what you have been waiting. In fact, you may find this game somewhat easier to finish than its predecessor. Puzzles in this game which fail to engage your interest can be quickly solved when set to Easy. As with the previous title, there is no limit on the number of saved games in this one.

Not only is there no story to speak of, more than a few of the puzzles in this game are little more than modest revisions of those found in Jewels of the Oracle. While Jewels II: The Ultimate Challenge offers a pleasant enough place to spend some time, for gamers who have played the former title it feels like a place that has already been visited. It is particularly instructive to closely examine some of the graphics on the walls in Jewels of the Oracle and compare them (better yet, match them precisely) to the graphics in Jewels II: The Ultimate Challenge. More than anything, the latter feels like a second draft of the former—a draft that focuses primarily on cleaning up the interface shortcomings of its predecessor. What can I say about the ending! The ending of this game, while completely appropriate, defines anticlimax. The journey really is the goal in this lush and dusty collection of quirky devices.

Interestingly, if you have ever wondered about the kinds of people who work on a game such as this title, the CD includes a series of insightful interviews with the design team that is responsible for its development. They discuss everything from the philosophy of puzzle design to the testing of the interface. As a fan who has really enjoyed Jewels of the Oracle, I have also enjoyed this sequel. What it lacks in freshness it makes up for in craftsmanship. Jewels II: The Ultimate Challenge is a solid collection of intriguing and well crafted puzzles. 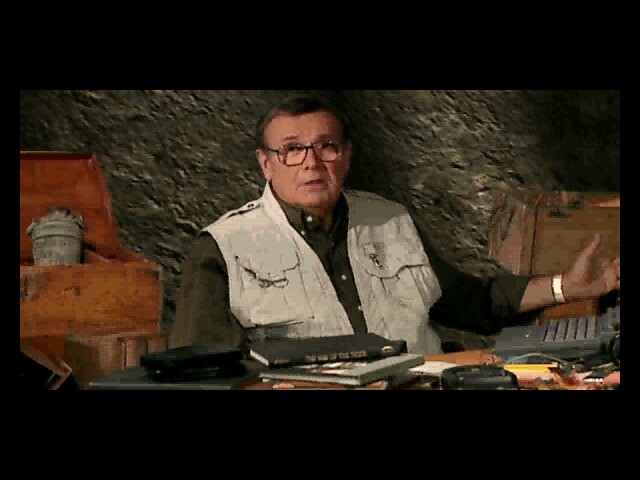 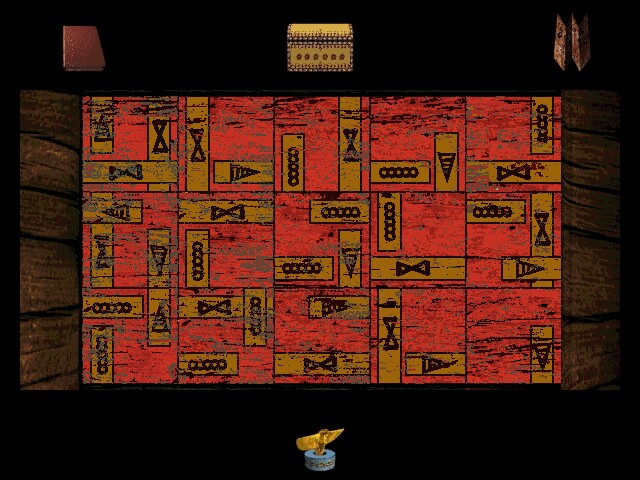