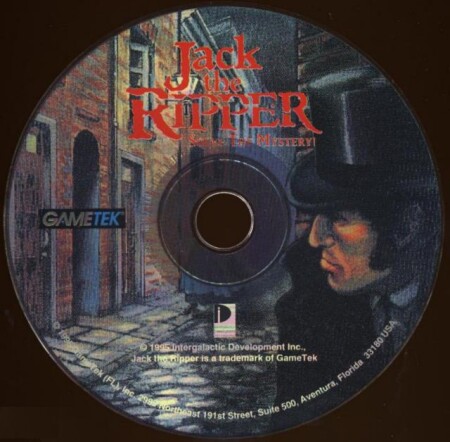 The Game
In Jack the Ripper you are an amateur investigator working your way through London during the Ripper's reign of terror, interviewing suspects, searching locations and gathering information. Your goal is to collect ''premises'' - blocks of text containing important facts and hints from the written description of a person or an object. Once a premise has been discovered, it is entered into a notebook. The key activity of the game is opening this notebook and trying to form two of these premises into a conclusion - a third premise that follows from the first two. Ultimately, you should have enough information to put together two premises, applying pure logic, and come up with the most important conclusion of all: the identity of the Ripper.

Success in the game is measured in points: You receive 85 for every clue found by searching a location, 75 for every premise copied into the notebook and 225 for each conclusion - plus a bonus of several thousand points, depending on difficulty level and how quickly you discover the identity of the Ripper. Time is the important factor in the game. You have 17 hours to work each day, and your investigation occurs only on the days when the Ripper has struck, giving you a total of 68 hours to uncover the Ripper's identity. If you haven't put two and two together by midnight Nov. 9, you become Jack the Ripper's final victim.

The interface is fast, friendly and intuitive. It's mouse-driven, with multiple menus and windows of information, including the screen shot of your location, sketches of suspects, witnesses and physical evidence, and text windows. You can use the Search Location command, to search the entire area and uncover any evidence in plain sight, or left-click and drag open a box superimposed on a smaller area of the screen, which can be searched more quickly to expose hidden objects.

Jack the Ripper employs pure reason and deductive logic to solve a crime. The player's inventory contains only the essential facts, and there are no ridiculous quests or contrived puzzles to solve. Gameplay moves fast - an investigation usually is resolved within six or seven hours of play, depending on the difficulty level. There are five solutions to the game, with different evidence planted to incriminate different suspects. The replay value of the game is limited by the number of solutions, but the software yields somewhere between 25 and 40 hours of play if you try to solve every scenario.

Jack the Ripper is a fine example of a good game with limited resources. There are no embarrassing voice actors, no terrible live-action video clips and no mazes. 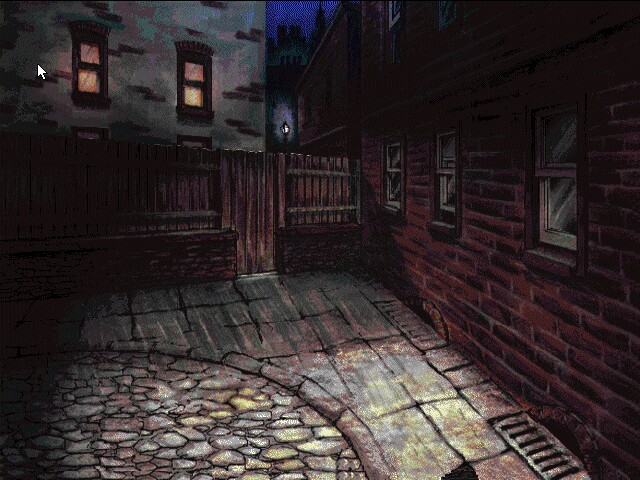 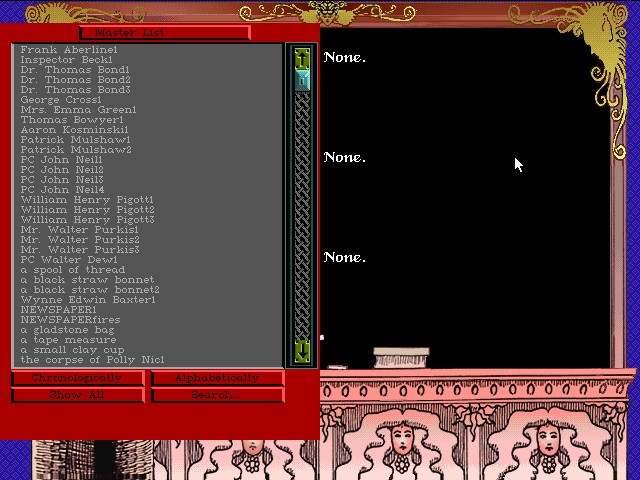