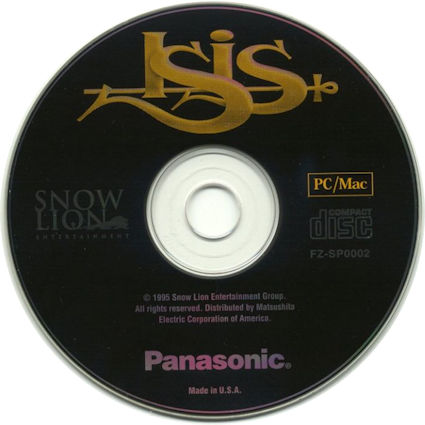 The Game
In Isis you have been sent through a portal from your world to the world of Isis to assist her in sending her ship back to your world to save it utilizing the music of a early eighties disco band. Cha cha cha. Your job is to find three gems hidden somewhere in a pyramid and sailing ship and return them to where they belong, thus releasing the ship and an eight-minute Earth, Wind and Fire concert from their respective slumbers. The finale is definitely a retro salute to the early eighties made me feel like I should be in a fern bar sipping a tequila sunrise and listening to Morris Day and the Time.

The game areas are all prerendered and have nicely done cutscenes, a fair to good quality for a game from this time period. The inventory is simple and well-designed, scroll style, with the currently viewed item to the right of the viewing screen.

The character of Isis is played by Veena Bidasha, and she does quite well with the acting job, which is a really pleasant surprise. A good game actor is strange and thrilling, as anyone who has played Phantasmagoria can attest.

The puzzles are simple and inventory-based but fun. They do tie into the story well and are well-integrated into it.

This is a very cool little game. Cut scenes and transitions are smooth, and the design is a pretty mix of sci-fi and an Egyptian motif, with a great use of colors. 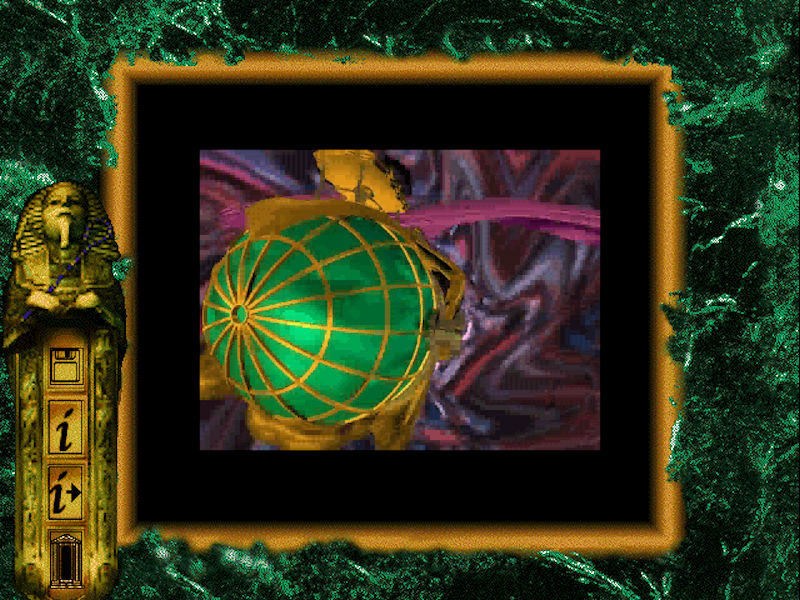 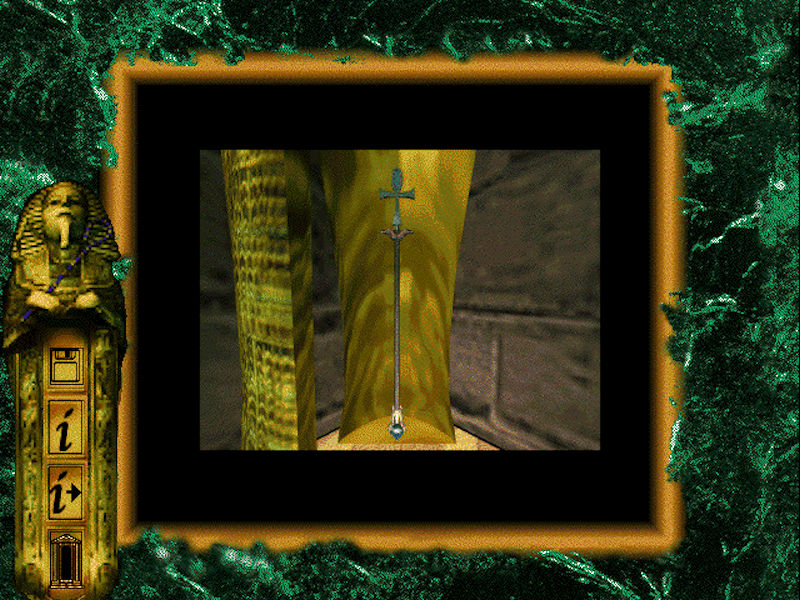 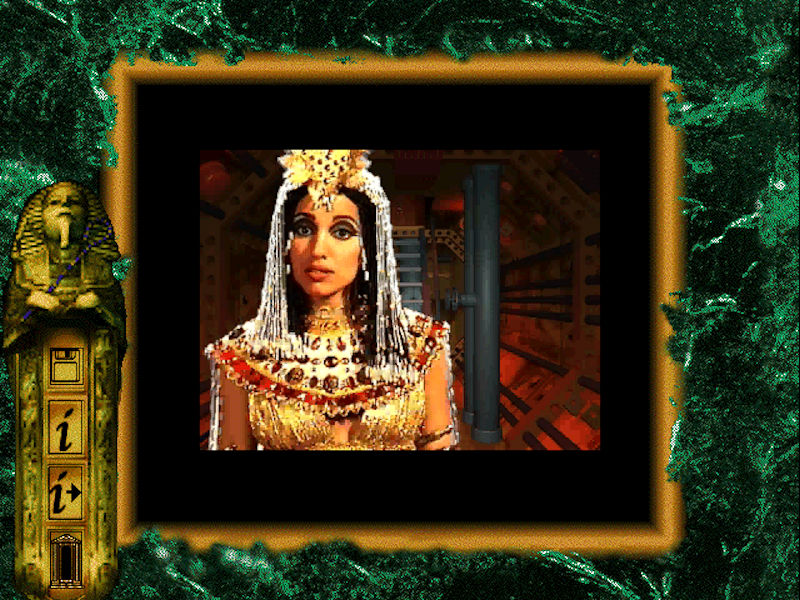