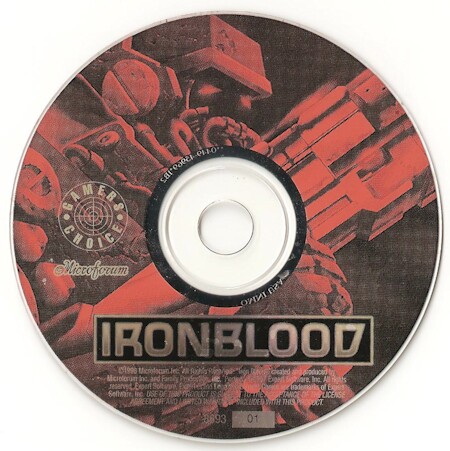 The Game
Iron Blood is a side scrolling action game with a futuristic battle mech theme. In Iron Blood, the gamer has a choice of playing as one of two robotic warriors. Each robot has his own unique look, his own weapons system, and even fights a unique set of levels. The levels are varied and fun, regardless of which robot the gamer chooses to play. Most of the levels scroll from side to side and the mech warrior will have to gun down other robotic opponents. However, some of the levels will feature a much more fast paced, automatically scrolling flight sequence. Here the robot will go “transformer” and will fly through the air, moving at a very rapid rate and shooting down enemy flying aces. Regardless of which form the robot is in, each level contains a pile of baddies, and some very challenging and interesting boss

The two robots unique gameworlds adds a degree of replayability to the game. But the fact that the two different mech warriors are so different is also very cool. The first one is very powerful and is armed with a plethora of weapons, but is unfortunately slower than molasses in January. The second one is its polar opposite, being quick and light, and only wielding a sort of laser saber for defense and offense.

Iron Blood also features some attractive graphics for mid 90s vintage. The robots are well rendered and interesting, as are the backgrounds. The musical score is up tempo and catchy and the other sound effects are also good. While there is no story to drive the user forward, the action and game play takes adequate care of that. Overall, the variances and challenging game play make Iron Blood a satisfying game. 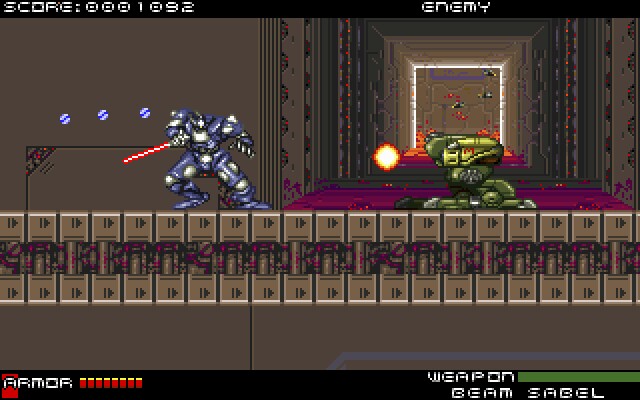 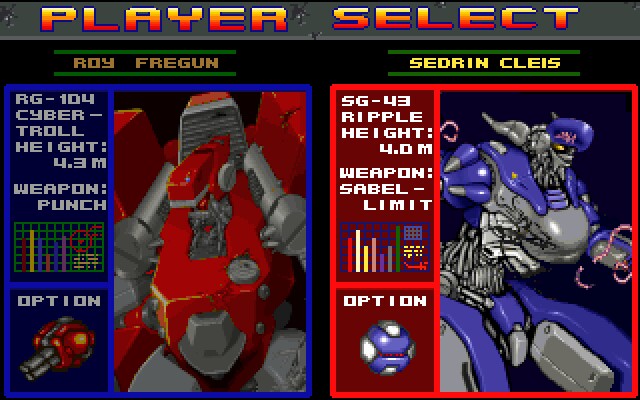