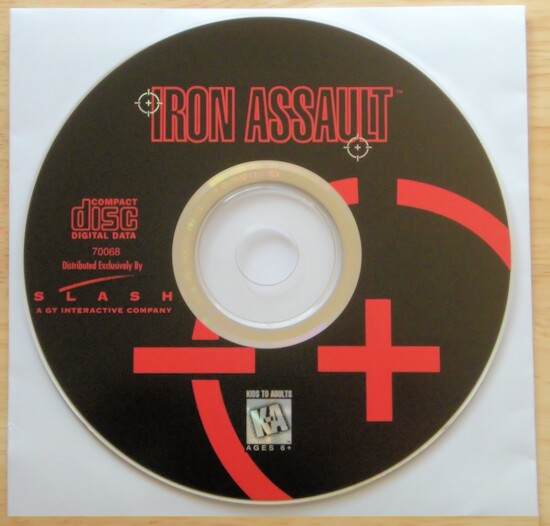 The Game
Iron Assault is a 3D giant robot action game in the mold of Mechwarrior and later Earthsiege. In the year 2094, the world is now in the hands of powerful corporations. As the years have gone by, they slowly took control from the hands of the local governments, and enforced their will with powerful mega'bots. In the year 2080, the robots mercilessly slaughtered strikers and since then the rebellion has tried to fight back and free the world. They desperately need good fighters to drive their megabots. It looks like the fate of the Earth is in your hands now.

The game is played from a first-person perspective, with you controlling the 'bot. You have a big screen displaying what's going on in front of you, and a minor screen on which you can toggle between a rear view, the radar view, damage report, position of the locked target, and so on. As you complete missions, you will get promoted and be given tougher, longer missions. At any time during the game, you can into the Sim' Room to practice 'bot movement and get target practice. For most missions, you get to choose between two types of robots, and a number of different missiles. You can also discover some new missiles during some missions).

The robots you drive are very large, which means they are somewhat slow. And that means you'll need to fight smart, to avoid damage. And speaking of damage, it happens gradually. There is a damage percentage scale for every type of equipment on board; visionics, weapons, engine, hydraulics, etc. Equipments will begin to function badly or not at all once they are damaged. This nod to reality makes the game more challenging, to be sure. One interesting feature in the game is the possibility later in the game to go on missions with several other 'bots that you can command. These 'bots can guard an entry, your back, or they can open the way for you.

Graphics are not true 3D, but a combination of 3D world and sprite characters. Levels are partially destructible - you can damage surroundings, street lamps for example. And a really notable thing about Iron Assault is cut scenes. They're made using very unusual technique for computer games - stop motion animation. This makes Iron Assault one of the more unique titles of its time. 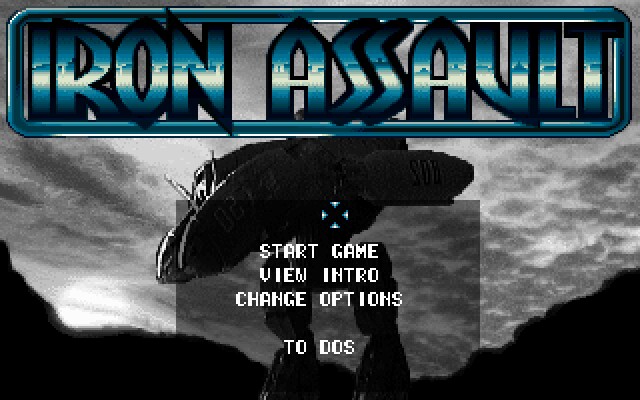 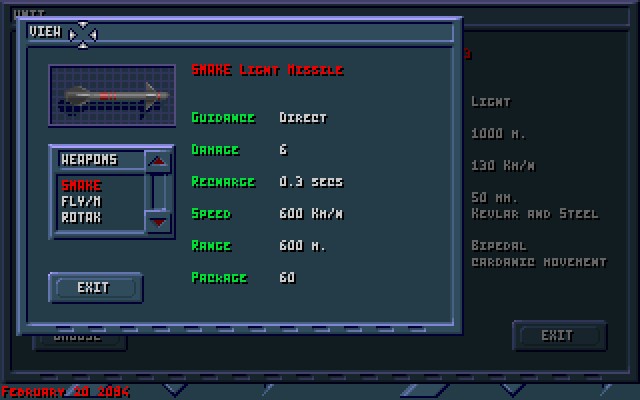 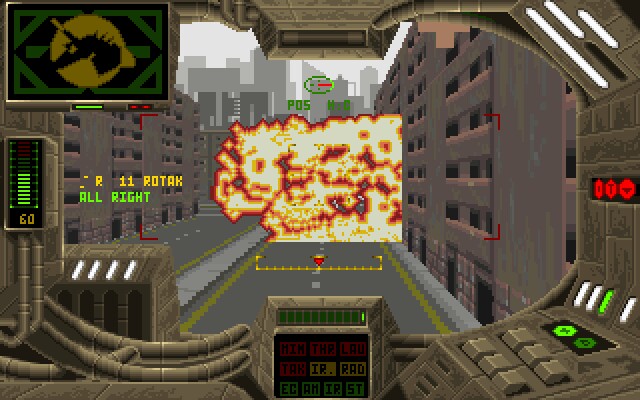 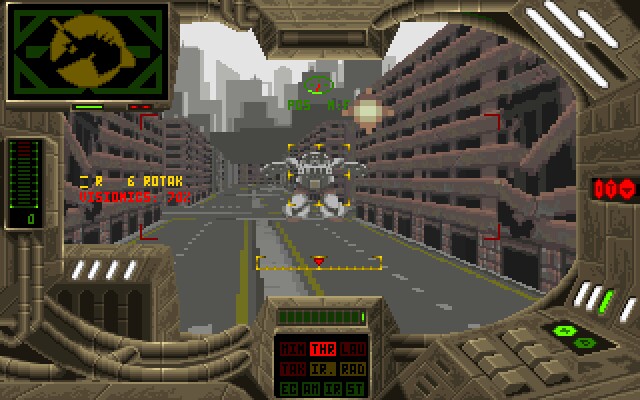