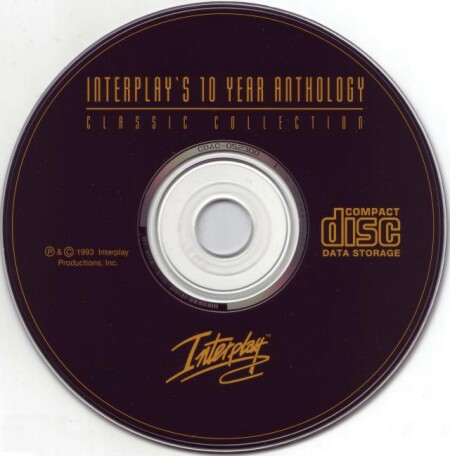 Interplay's 10 Year Anthology is a collection of ten classic MS-DOS games released between the years 1983 and 1993. The collection includes the following games:

Mindshadow: This is an illustrated text adventure with progress dependent upon solving logic puzzles. Using a parser system, commands (generally nouns and verbs) are typed to direct the computer as it becomes your eyes, ears, nose, voice, hands, and legs. Scripted by Brian Fargo, this is an early example of a mystery text game that asks the question: "Who Am I?" -- your objective is to find the answer to the question.

The Bard's Tale: A fantasy role-playing game, first in the series of the Tales of the Unknown. The story is set in the city of Skara Brae and contains three major objectives. The first goal is to complete the built-in quest that requires you to find Mangar (an evil mage) and make him release control of the city. A second goal is to develop characters who can mount an attack against the various layers of obstacles, mazes, and minions employed by Mangar. The final objective is to explore the entire fantasy world to discover puzzles, exotic locales, and treasures.

Tass Times at Tonetown: Another text adventure with both joystick and keyboard support. The story revolves around rescuing Gramps from Tonetown by exploring your surroundings in this other-dimensional mystery adventure via use of a parser system.

Wasteland: This role-playing adventure game takes place in a post-nuclear holocaust in the year 2087. World War III has left the Earth a glowing rubble with mutants and radioactive areas with which to contend. You command a party of four, known as the Desert Rangers, who must investigate disturbances occurring in the desert wastes. A pre-designed party is available or character creation is an option. All characters build on various attributes and skills as experience is gained.

Battle Chess: The game of chess, dressed up in medieval battlement garb. In addition to the novice level of chess, there are nine levels of skill offered, each based on the amount of time allowed for making a move. Times range from five seconds to slightly over 21 minutes per move. Basic chess rules apply.

Dragon Wars: The paradise of Dilmun is being threatened by violent forces. Namtar, the Beast from the Pit is bringing chaos and evil rule to the land and only through the use of magic (which has been declared illegal) can you fight this fearsome opponent. Unfortunately, you're imprisoned and must escape to begin your adventure. Using a party of four, each with unique abilities and attributes increased through experience, you must hone magic skills to build up an arsenal of healing, combat and adventuring spells.

Castles: Taking place during the reign of King Edward I of Wales between 1280-1305 AD, the game is designed to simulate the "romance" and reality of building medieval castles. Historical names are changed and the world is portrayed as a fantasy kingdom but the castle models are based on real life Welsh castes. You assume the throne of Albion and must build your castles while fending off unfriendly neighbors on your borders and making all decisions, political and military, to ensure success.

Lord of the Rings, Volume 1: This role-playing game is based on the first book of the J. R. R. Tolkien trilogy that takes place in the world of Middle-earth. Characters in the game have six attributes (dexterity, endurance, life points, strength, luck, and willpower) each, specific skills and knowledge of various magic spells. Many characters from the Fellowship are permanent adventurers in the game, including Frodo, Pippin, Gandalf, and more.

Star Trek: 25th Anniversary: In this futuristic space adventure, you encounter all the Federation characters from the Star Trek television and movie series and take the role of Captain James Kirk as he leads his crew on a series of mission scenarios.

Out of this World: Inter-dimensional travel sets the stage for this adventure game that thrusts you into an alien and hostile environment, filled with monsters and exotic locales. You must solve puzzles and avoid traps as Lester Chaykin, a genius on the verge of discovering the real secret behind the birth of the universe. Unfortunately, his plans go awry when his laboratory is struck by lightning and he finds himself stranded in an alien world. 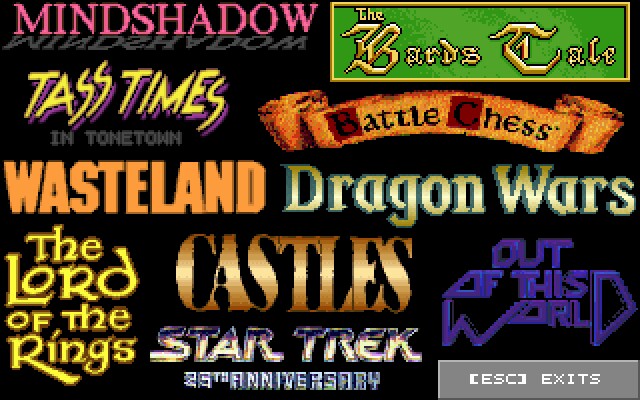 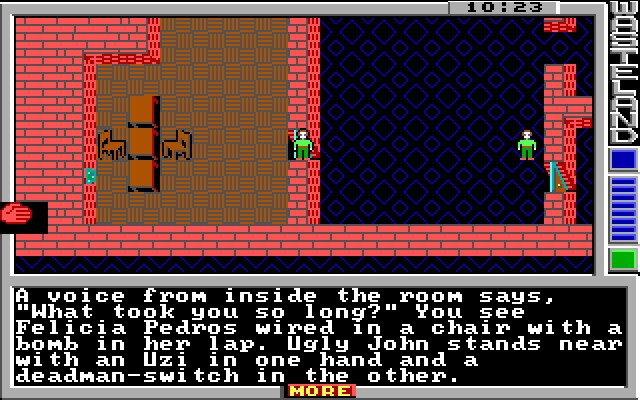 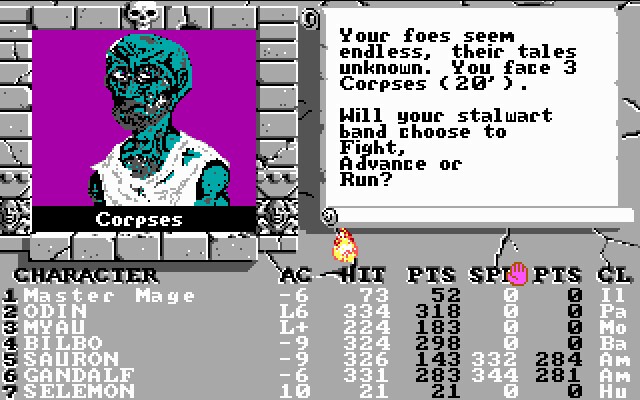