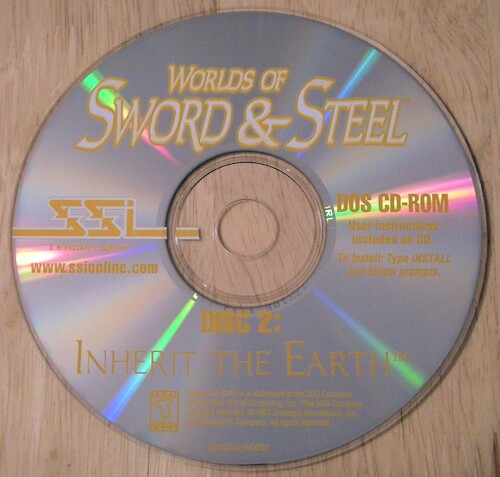 The Game
So what do you get when you cross Mad Max with Bambi? Well, not exactly Inherit the Earth. This is postapocalyptic for humans, but not for Morphs. Think of an interactive version of Walt Disney's "Robin Hood" without the cheesy music and you have the flavor.

The Humans are all dead, or at least gone from the Earth. Before they left, they raised several species of animal to sentience, bipedal locomotion, and gave them the power of speech. These animals refer to themselves as Morphs, we might call them furries. The known world is organized in a mostly peaceful feudalism, organized by animal type.

The Orb of Storms has been stolen - it's a mysterious globe used by the animals to predict the weather and seasons. Rif the Fox is suspect, because... well, he's a fox. Forget racism - it just can't compare with speciesism. The Boars are holding his main squeeze hostage, and the Elk King of the Forest has an arrest warrant out for him, both pending his recovery of the Orb. This is where you come in. You control Rif and his two companion guards, Eeah the Elk and Okk the Boar. They're there to help you find the Orb, or kill you. This is known as an incentive plan.

For Inherit the Earth, it sounds like they actually hired some voice actors, or people with theater or radio experience. The voices are clear, the personalities come through, and most of all the actors are getting into the spirit of things. Usually the actors sound like they're vaguely embarrassed, but here they're really into the cartoon spirit of this game.

The graphics are very well done. The portraits at the bottom change based on character mood. The characters walk and animate well. The Boar lift his shirt and scratches himself if he's not doing anything else. All the characters look like they're walking realistically, given their physical differences from humans.

Movement and conversation are very easy. You just move the mouse to where you want to go and click. In scrolling displays, you can hold down the mouse button for continuous movement.

This game has something I would have killed for in other games of the time: an intelligent movement algorithm. Click across the river, and the game is smart enough to figure out that you need to go downstream to that bridge, cross, and then go back to the destination. Usually you can just click anywhere and the game will take you there. Your companions are usually pretty smart as well, and will catch up if they make a mistake. No hassle movement - what a concept!

Conversation is easy, the standard "click on a subject to talk about" type interface we've come to expect. The options are fairly intelligent, you won't just parrot everything another character tells you.

The game is also fairly smart about what can be done with an object. When your cursor moves over something it'll figure out what you might want to do with it and give you that choice. This is nice at times, but irritating at others, where what it thinks I want to do isn't what I want to do. A little too clever for its own good at times.

Yes, believe it or not, an adventure game is supposed to have a story. This one has the past filled in more than most bother to, and it certainly makes the game more interesting. The basic concept - humans raise animals to intelligence, then disappear - isn't new, but it's a perfect concept for an adventure game. As you progress in the game, pieces of the past will fill themselves in.

You actually have an advantage over your characters - you know what a battery is, or an access card, so it's not nearly as large a challenge for you to figure out where it's supposed to go as it would be for Rif the Morph. The game actually uses this to its advantage when dealing with the Orbs, but sometimes it seems the background is underutilized.

The dialogue is very good - there's lots of low-key humor scattered throughout the game, as well as overt humor, such as the "Who's on First" takeoff. Each character has their own "voice" (digitized voices aside) and personality. No complaints there.

I had a good time exploring the world and playing the game. I was disappointed that it was done with so soon, which wouldn't have happened if I wasn't enjoying myself. 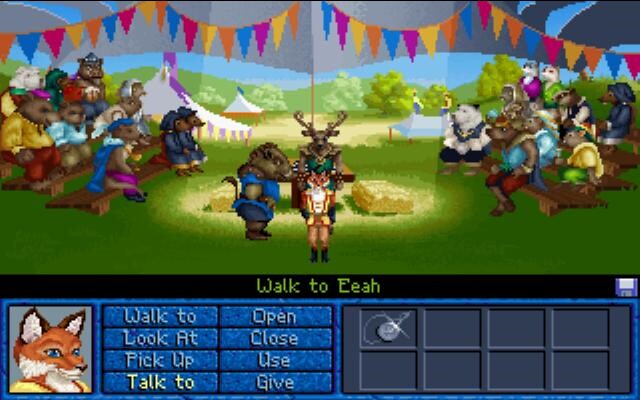 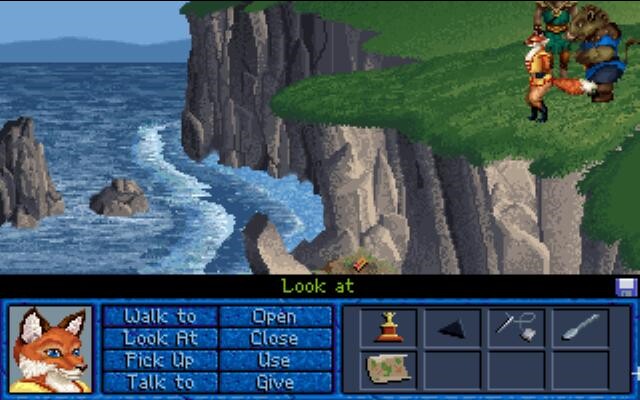