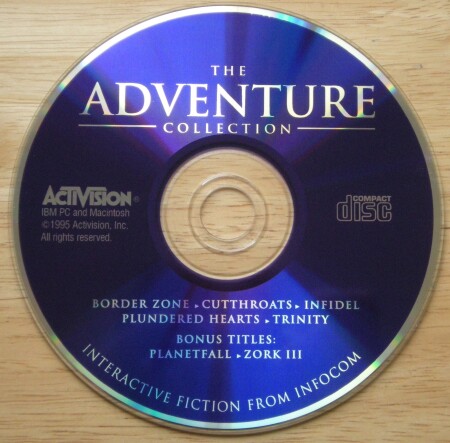 The Game
Border Zone
Washington and Moscow are the capitals of the Superpowers, but the cold War is fought at the front: in Eastern Bloc countries like Frobnia and adjacent neutral countries like Litzenburg. In these countries, where all strangers are suspect and all actions observed, paranoia and vulnerability are inescapable. In these countries, innocent travelers get caught in the web of international espionage. This is the setting for Border Zone. Border Zone consists of three chapters. In each chapter, you play a different character (an American businessman, a Western spy, and an Eastern spy) involved in unique puzzles and goals. The chapters take place at different times and at different locations; as a player, you will get the most satisfaction if you play the chapters in order. Border Zone has a built-in clock which drives the story forward. Unlike other Infocom stories, the clock in Border Zone continues to tick even while you stop to think. So if you find yourself in a dangerous situation, you can't just sit back and relax. Whether you type in a command or not, characters will move around, events will happen, and the story will proceed.

Cutthroats
In Cutthroats, you are a skilled diver living on Hardscrabble Island, a small seaport past its prime. You will try to salvage a sunken treasure from one of four shipwrecks; if you are successful, you will be fabulously wealthy and enormously respected among old salts. Some characters in the story will help you; others will try to stop you any way they can. If you can think logically and keep your throat intact, the treasure can be yours.

Infidel
You like to think of yourself as a bold and adventurous soldier of fortune, daring to brave the perils of the Egyptian Desert in search of a great lost pyramid. In fact, you're a small-time explorer, and you've just been marooned by your crew. Thoughts of getting lost, starving to death, or dying of thirst cross your mind, but you are sustained by the faint hope that you can somehow find the pyramid in this smoldering heat. You're all alone. Perhaps the sun has affected your thinking. Do you really expect to find a lost pyramid in this vast, endless desert, much less survive? Even if you do find it, can you get inside? Hardest of all, are you capable of matching wits with the ancient Egyptians? Still, you're driven onward against desperate odds. Undreamed-of riches and treasures beyond imagination await you. And your pride and dignity, your reputation and self-esteem, are at stake. For you are branded INFIDEL.

Plundered Hearts
Plundered Hearts is set in the late 1600s, where you are living the genteel life of a beautiful young Englishwoman. You have received news that your dear father is ailing, and so you are traveling to the West Indies to care for him. As the story opens, the ship you are aboard is attacked by pirates, and you are carried off by the dashing pirate captain! But this does not dissuade you from your determination to find your father. Along the way, you shall encounter danger, adventure ... and more than a touch of romance.

Trinity
You're neither an adventurer nor a professional thrill-seeker. You're simply an American tourist in London, enjoying a relaxing stroll through the famous Kensington Gardens. When World War III starts and the city is vaporized moments after the story begins, you have no hope of survival. Unless you enter another time, another place, another dimension. Escaping the destruction of London is not the end of your problems, but rather the beginning of new, more bizarre riddles. You'll find yourself in an exotic world teeming with giant fly traps, strange creatures, and other inconveniences. Time and space will behave with their own intricate and mischievous logic. You'll visit fantastic places and acquire curious objects as you seek to discover the logic behind your newfound universe. And if you can figure out the patter of events, you'll wind up in the New Mexico desert, minutes before the culmination of the greatest scientific experiment of all time: the world's first atomic explosion, code-named Trinity.

Zork III
The player begins at the bottom of the Endless Stair from Zork II. Zork III is somewhat less of a straightforward treasure hunt than previous installments. Instead, the player—in the role of the same "adventurer" played in Zork I and Zork II—must demonstrate worthiness to assume the role of the Dungeon Master. The player must get past the Guardians of Zork, with the complete garb of the Dungeon Master, and then endure a final test. The player must be wearing the amulet (found at the bottom of the lake), the cloak and hood (received when the player chooses to look under the hood of the vanquished opponent in the Land of Shadow rather than deal the final blow), the staff (received from the man at the Cliff for helping him retrieve the chest of valuables; attacking the man in any way or trying to take the valuables from him inevitably breaks the staff), the strange key (found in the Key Room when the player uses the grue repellent (from Zork II) to get past the dark places), the royal ring (retrieved from the Royal Museum by using the gold machine to travel back to the year 776 GUE), and the black book (found in the Royal Puzzle). 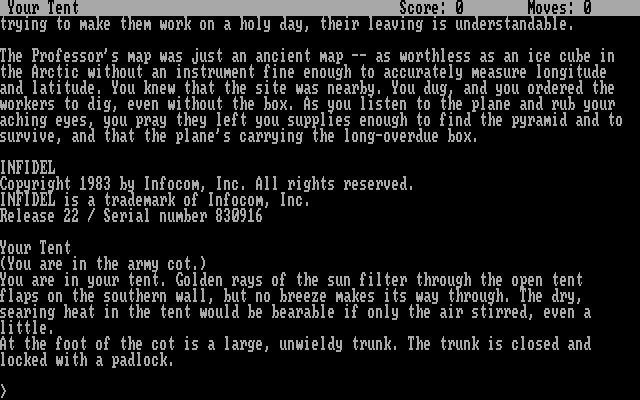 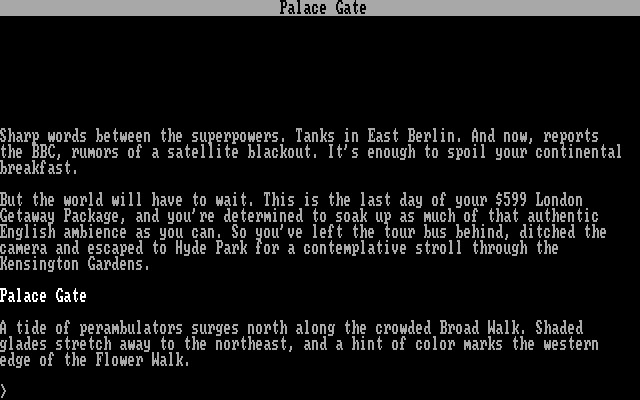