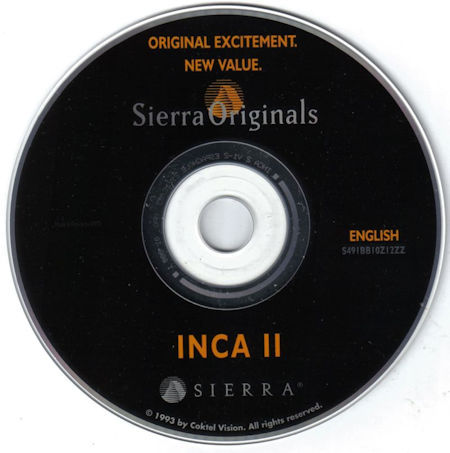 The Game
The plot takes up several years after INCA 1, in which Eldorado (the hero) established a new Inca Empire in space, despite the efforts of a pirate/ conquistador named Aguirre. Aguirre is still around, and plots to destroy the empire, using a mysterious asteroid that jams interplanetary communications. The pseudo-mystical stuff that made up the bulk of Inca 1 is still present, especially towards the ending, but this time around it is dominated by the faux-Star Wars elements, particularly when a Han Solo clone named Kelt Cartier joins your side.

Like its predecessor, Inca 2 is a hybrid of Wing Commander style space combat and point-and-click adventure, proceeding in mostly-linear fashion from scene to scene. It mercifully leaves out the mazes of the original, and adds a third element just as significant to the whole as the combat and the puzzles: extensive cut scenes.

The combat scenes offer a first-person view, several types of missile to choose from, steering with joystick or mouse, etc. The radar screen is confusing at first - up is actually forward - but other than that, it's a breeze. Control is smooth and responsive, but gets increasingly rough and jerky as your ship takes damage. Some particularly difficult battles are optional, but winning them makes later scenes easier. One annoying point: sometimes combat will be interrupted to show a cut scene.

As with the cut scenes, the style varies wildly. Some scenes will have 3-D rendered animation as you walk from room to room. Some will have morphing bitmaps, as mystical energies take shape before your eyes. Others will have video-captured actors. 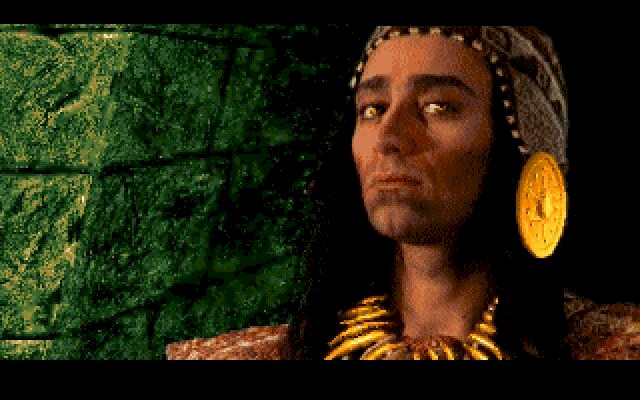 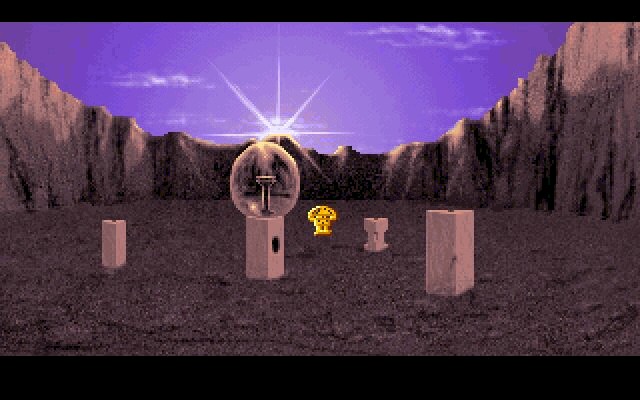