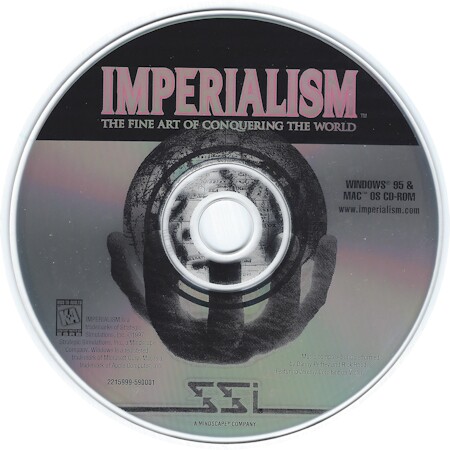 The Game
Balance is the key. That's what's most impressive about Imperialism: the delicate high-wire act of balancing military buildup, diplomacy, expansion, trade relations, and production. There are many successful empire-building games, but Imperialism reduces the concept to its essence - building an empire in the Age of Empire - and in doing so succeeds in creating an engrossing simulation of naked power-mongering. Ah, if only Cecil Rhodes could have lived to see it.

Imperialism takes place in the years between 1815 and 1915, when major nations treated minor nations like fruits for the plucking. With "Manifest Destiny" as the rallying cry, England, America, France, Holland, Germany, and Italy established colonies by diplomacy, treachery, or brute force to acquire the precious natural resources and trading partners they needed. Imperialism doesn't deal with anything this specific. Its world is an abstract one of imaginary major and minor nations created on random maps.

Each major nation begins with some resources and a few special units that can improve the land. Engineers build a transport network to haul raw materials and goods, prospectors look for precious minerals, miners mine them, farmers, foresters, and ranchers improve production. Land and naval military units protect your holdings and expand your borders. The game is played across a series of screens that access all corners of your burgeoning empire.

A stylized main map shows you the whole world, allowing you to move units around to perform various functions. But the real gameplay is executed on four different screens that allow you to tend to economics and diplomacy. Here, you allocate transportation resources to various goods, set production levels, attempt to buy and sell goods, and conduct diplomacy. Each affects the others in a tightly woven set of relationships. For example, you must bring in coal, iron, trees, sheep, and cotton on the transport screen. On the production screen, you use labor, sheep, and cotton to make cloth. You use labor and trees to make lumber. You use coal and iron to make steel. Then you turn the cloth, lumber, and steel into shirts, chairs, and hammers that can be sold to your trading partners for a profit using the trade screen. As new technologies become available, you can also invest in these to improve your efficiency.

Of course, the quest for raw materials is never ending, and the interrelationships are complex. Adding more labor, specialists, and military units requires a long chain of goods and production. Any breakdown in the line, and the whole thing grinds to a halt. Adding to the challenge is the fact that you need to nurture relationships with trading partners each turn. This includes building embassies, providing subsidies, paying bribes, forging alliances, and going to war.

War itself can be handled either abstractly by the computer, or in a phased tactical combat mode. In tactical combat, you move units across a small map to attack the enemy. Military units develop throughout the ages, moving from minutemen and skirmishers to machine gunners and rangers. As a tactical combat game, it's slight, but interesting enough to add some spice to the relentless economics of the rest of the game. A few more tactical maps would make battles more interesting.

The more bloodthirsty empire builder will find that Imperialism's extended economic model might not be enough for him. Of course, this doesn't mean the game can be played as an isolationist or pacifist. This is Imperialism, where the weak are crushed, and good riddance to them.

In short Imperialism is a winner. The AI is good and aggressive, and gameplay is solid throughout the session. The most striking thing is the way all the disparate elements integrate and interplay, coming together in one fluid gaming experience that empire wonks will find a refreshing change of pace. 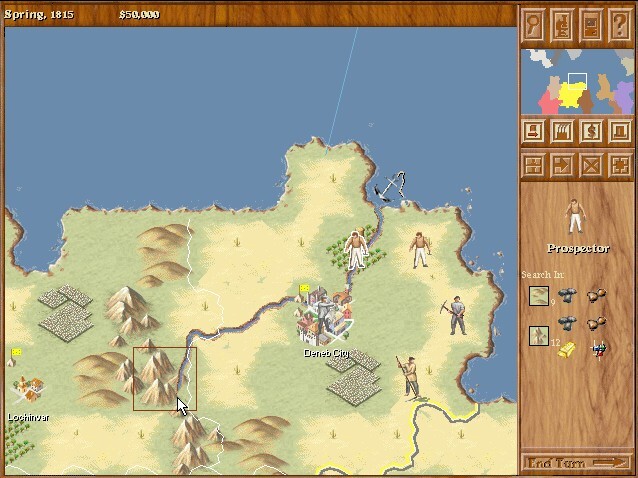 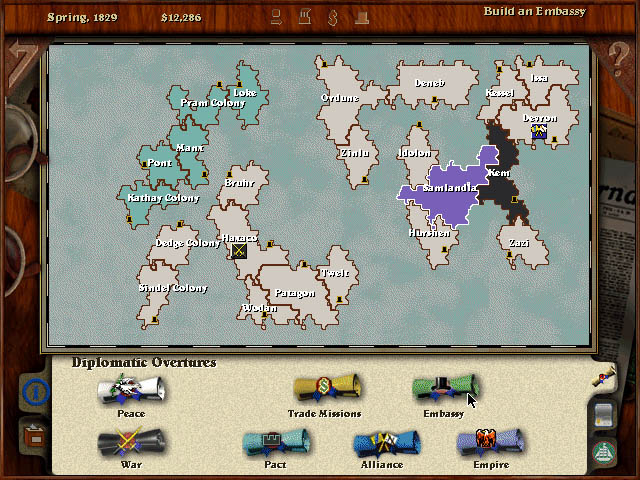