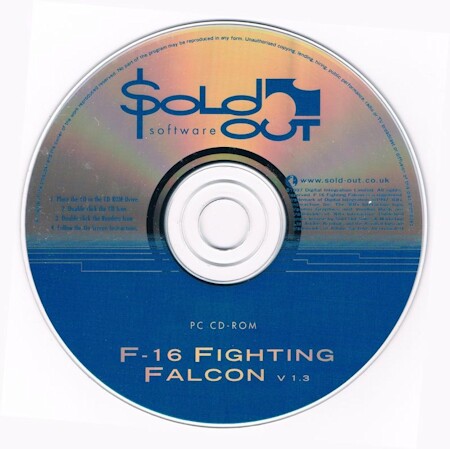 Actual Game
The Game
iF-16 was the follow-up combat sim to Interactive Magic's iF-22. This time the development work was done by Digital Integration, then known for their Apache and HIND simulations. The F-16 is a single engine, highly maneuverable fighter jet equipped with the most modern advancements and weapons available at the time.

Graphically, the game is a fair representative of mid 90s sims. The 3D modelling of the terrain looks great, and the detail of the ground itself a little less so. Even at low altitude, the ground never pixellates, always looking smooth, even though there is a certain lack of detail. Sound effects and music are quite good, adequate to represent the actions taking place within the game, and of course you may selectively turn off any that you do not wish to hear.

Gameplay itself is composed of single missions or campaigns in Korea, Cyprus, or Israel. There are a number of extensive training excercises that are extremely well done. The training grounds themselves include areas where you are allowed to test your weapons and get a general feel for the plane.

After the intensive training, you may choose to fly a mission or begin a campaign. You will make use of your flight knowledge as well as your wingmen in these intense and frantic battles. The strength of the F-16 lies in it's ability to dogfight, and the scenarios within the game do focus on this strength. You will find youself in the midst of some heated battles where the energy is high. The flight model seems to require a special touch, of course I have never flown a real F-16. The jet is not only extremely maneuverable, I found it to be highly touchy. Moving the stick left or right requires an unusually light touch, since the jet can roll on the slightest whim. Rudders hardly seem to make a difference in the air. This does take some time to get used to, and makes for a challenging flight model. 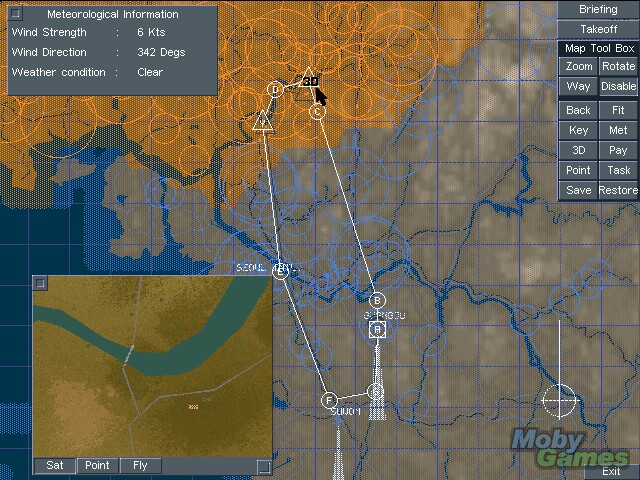 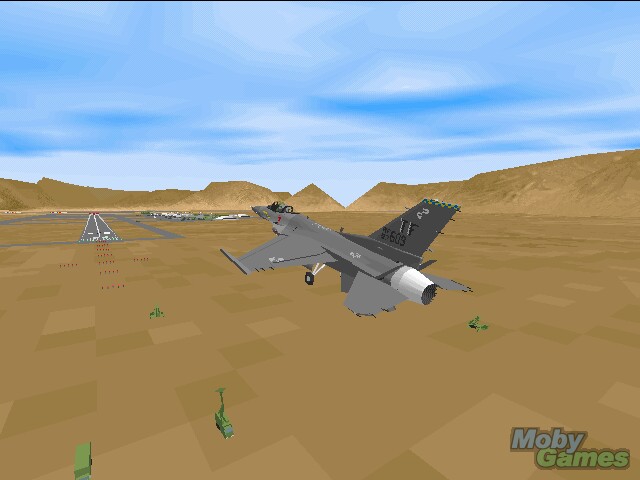