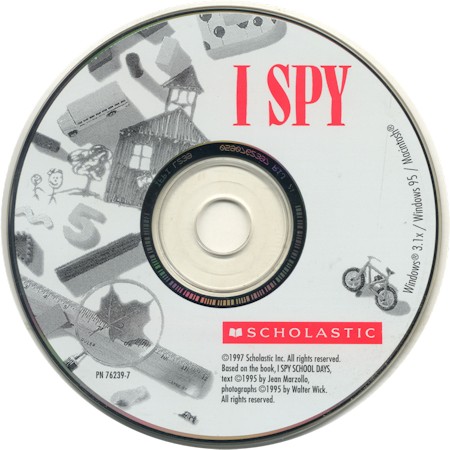 The Game
I Spy is an educational game based on the children’s picture book series by Jean Marzollo and Walter Wick. The recommended age group is 5 to 9. Educational topics include Reading and Math Skills, Problem Solving, Logic, Critical Thinking, Vocabulary, Spelling, Rhyming, Visual Memory and Discrimination, Writing, Creativity, and Sorting/Classifying.

There are seven areas in the game, including Code Breaker, Balloon Popper, Oops Hoops!, Nature, Wood Block City, the Chalkboard and a bonus activity for making I Spy riddles.

In Oops Hoops, the player must classify objects in each hoop and beat the clock. In Code Breaker, the player must decipher a secret code with three clues based on objects to reveal a word. In Balloon Popper, the player must find the missing pieces of a Rube Goldberg-like machine in order to pop the balloon by following the clues from each area of the game. 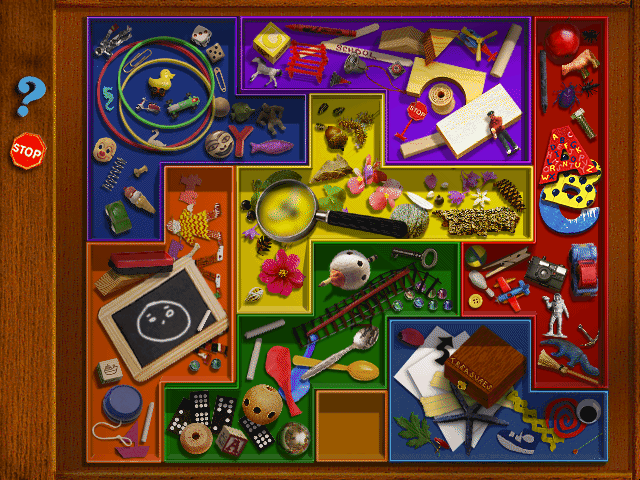 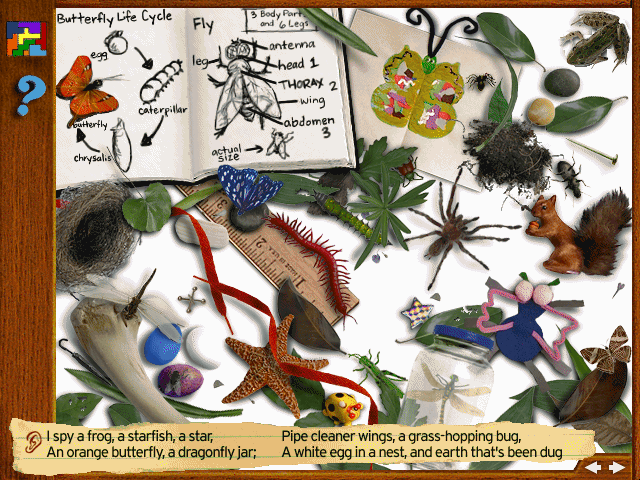 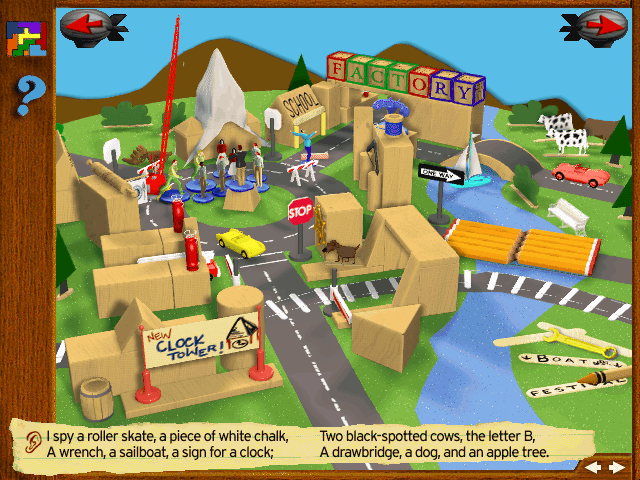 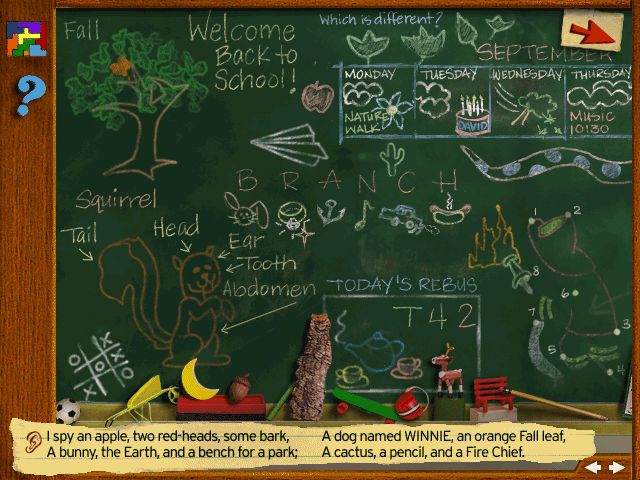