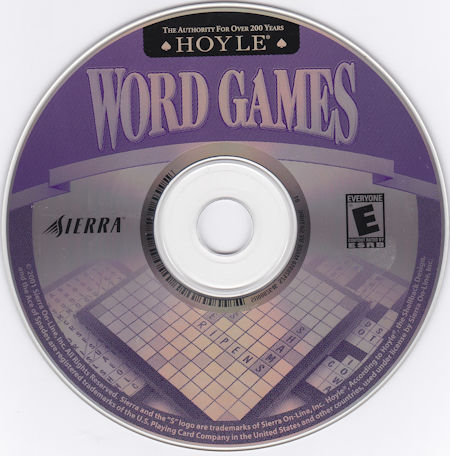 The Game
It's very easy to get started with Hoyle Word Games. That is, if you can ever settle on choosing an in-game persona. In fact, the new face maker feature is one of the most enjoyable parts of the game. It took me at least 15 minutes before I finally settled on a cowgirl picture and actually started playing. Sierra has added graphics and sound affects to all the games, but they're merely window dressing on the old favorites. You can easily change your options, including music and backgrounds on some games.

The game suite contains eight different word games. Five are easily recognizable versions of old classics: anagrams, hangman, word searches, crosswords, and enigma (a simple letter-substitution code-breaking game). DoubleCross is a twist on Scrabble, while Word Yacht resembles Boggle. The last game, Speedy Racer, is merely a test of your touch-typing skills and not really a word game at all. In addition to the eight games is perhaps Hoyle Word Games' handiest feature of all: an online version of the complete Webster's New World College Dictionary. It comes in handy while playing the games, and it is a great reference to have around.

Some of the games are naturally suited for individual players. The crossword puzzles vary in difficulty, and the clues are traditional, not cryptic. Adding and editing letters are simple. If you are a fan of traditional crosswords, Hoyle's single-player version will have your brain sharpened up in no time. And don't worry about running into the same crosswords - there are 500 different crossword puzzles included in the game.

Anagrams is another single-player game. The object is to take a scrambled word and see how many other words you can make with the letters, in addition to discovering the entire, original word. You have to race the clock to get a minimum number of words. Once you've met the minimum, you can keep going for more words until the timer runs out.

If you like solving codes, you'll like Enigma, which is named after the famous German WWII encoding device. The game involves simple letter substitution, and it's great if you are good at pattern recognition. It's fortunate that the game doesn't actually replicate the original, which used randomly wired rotors to create its codes.

While the single-player Hoyle word games are enjoyable, the real fun begins in the multiplayer games. Whether you test your skill against the computer or human opponents, it's easy to find yourself giving up a couple of hours at a time to a Word Yacht or DoubleCross session. Word Yacht pits you against one, two, or three opponents in a Boggle-like word-making competition. But Word Yacht has a unique twist: In addition to making words from the ten letters, you must also fill certain categories to score. Once you've finished finding all your words, you must choose a category to score in. For example, if you've found lots of three-letter words and have a high score in that category, you'd choose it. The trick is scoring high in each category, though scoring in some is more difficult than in others. This extra twist gives a much more competitive feel to the game.

While I enjoyed Word Yacht, Scrabble lovers will have even more fun with DoubleCross. DoubleCross has some fairly complicated rules, but once you get the hang of it, you'll be bombing your opponents' words and racking up the points in no time. As in Scrabble, you place your letter tiles on the board and score points for each complete word you make. Unlike Scrabble, you can also place partial words to be completed later by you or another player. You can also customize the board with special spaces, such as blocking tiles and bombs. Because there are many special rules, it's a good idea to carefully read the opening tutorial, so you can begin to master all the game's intricacies. The main drawback of Hoyle Word Games is its lack of variety and originality. If you're looking for a way to play classic word games on your PC for a short diversion, then it's a great collection. You'll be satisfied with the anagrams, crosswords, word searches, and enigma puzzles for quite a while. But if you're looking for unique word games, you'll keep coming back to Word Yacht and DoubleCross and may soon find your attention wandering unless you get involved with some exciting online opponents. Nevertheless, Hoyle Word Games is a slick package of word puzzles that includes everything you could expect and even a few unique twists on some old favorites. 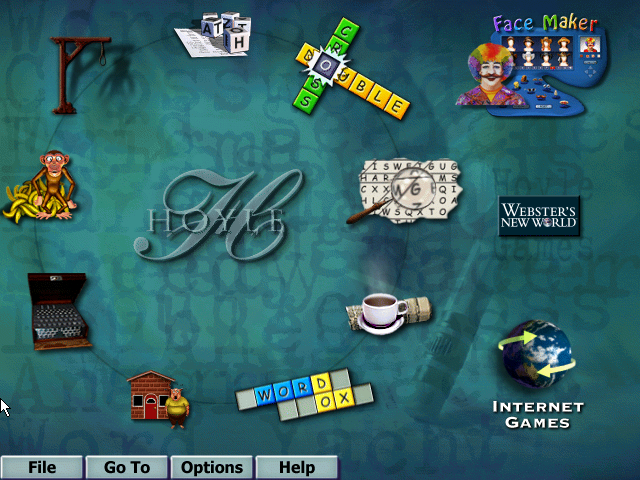 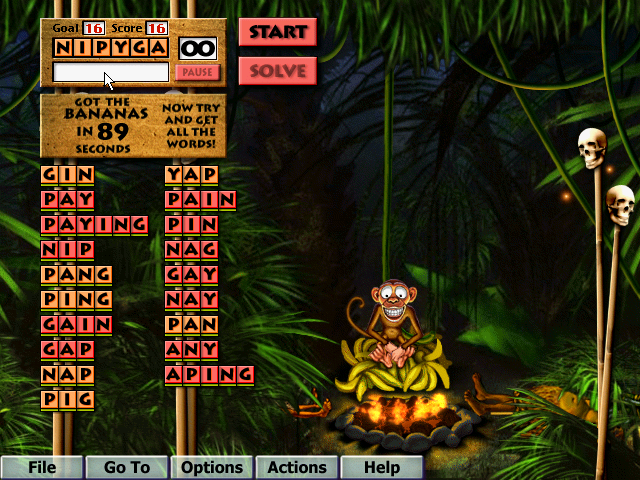 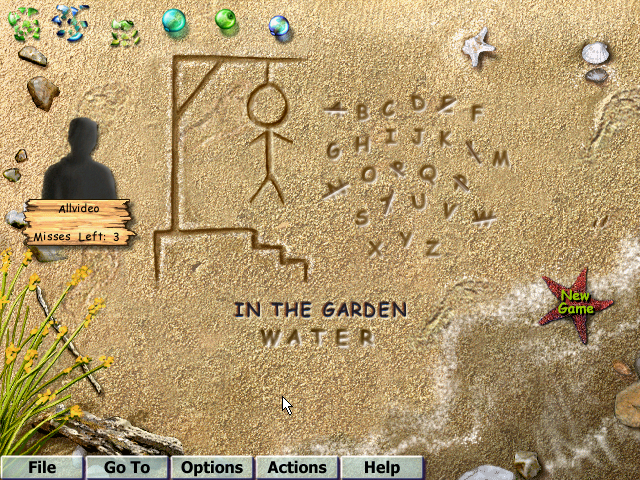 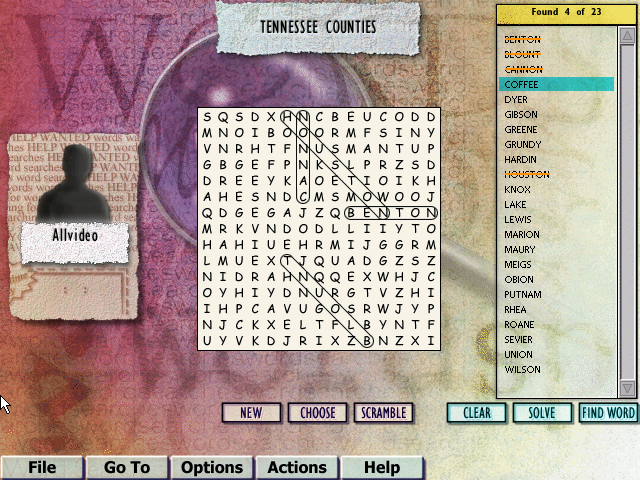 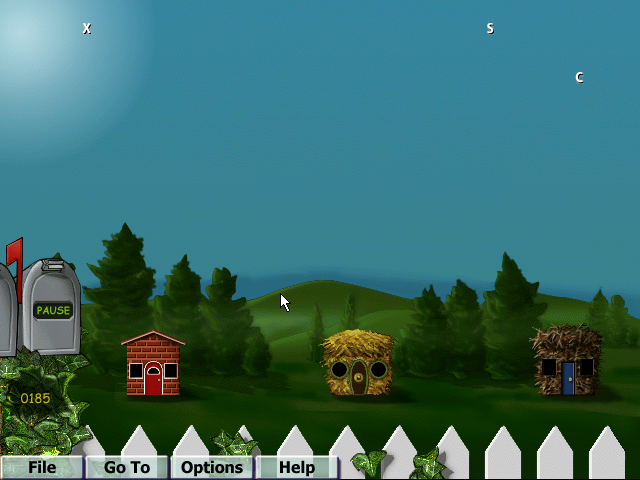 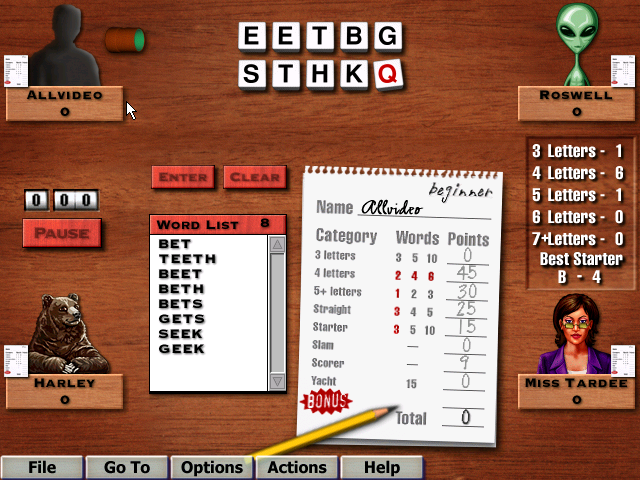