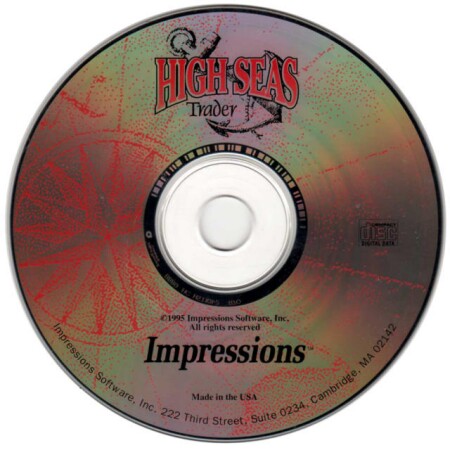 The Game
High Seas Trader puts you in the shoes of an 18th or 19th century merchant when Britain had colonies in India and the American colonies were free. You have a ship, few men, a map of Western Europe and 5000 in coin of the realm. Gradually you have to recruit sailors, buy better ships, get maps and trade!

HST isn’t just about trading. You have to navigate, fight off pirates, kill enemies of your country and avoid hostile cities. For example, if England and Spain suddenly become enemies, and you're an Englishman with a Liverpool-Bilbao trade route, you would have to rethink your strategy. Is trading tobacco with Portugal profitable? Is grain from Marseilles in demand? Your trusty price book comes in handy for resolving such uncertainties. It shows the prices for buying and selling goods in every city (which you have maps for). But the prices don’t stay the same. If you trade a lot of grain from one place to another, your provider’s price will become higher and they will run out of grain. However, there are many goods, some more expensive than others and the economical model is accurate. Tobacco always has a higher price than grain, and British colonies in India always want more arms.

There are about 6 types of ships, some of which are better for trading than others. Also, when you are relatively inexperienced, sellers will not give you larger ships until you become better known. Some ships have almost no trading space and many cannons, while others will be almost defenseless but have lots of space for hundreds of tons of cargo. But you mustn’t forget to feed your crew. There are 4 basics your crew needs when sailing, and if one of these run out your crew won’t be happy. Also, you have to pay them. Normally they’ll wait a month or two without pay, and this may happen in the first 6 months of the game until you get some good profits. A helmsman can be hired to steer your ship along a course you set allowing you to forget the hassle of sailing. Of course this is optional. But the Atlantic is large and boring.

This brings me onto the next part. The game world is, literally, the world. Asia, India, Africa, Europe and the Americas are all modeled, with possibly thousands of different routes to travel. But you have to buy maps in cities you reach, and each city has a different set of maps every time you visit. You will have to buy as many as you can since you can’t see where cities are without maps. This is especially useful since sometimes a person will approach you, asking for a trip to somewhere. Your first mate will tell you if you have that city on your charts. These people often have little cargo, but pay you handsomely. There are those who can’t pay you, or are supposedly on a mission for your country.

Think it’ll be fun? There’s only one way to check! 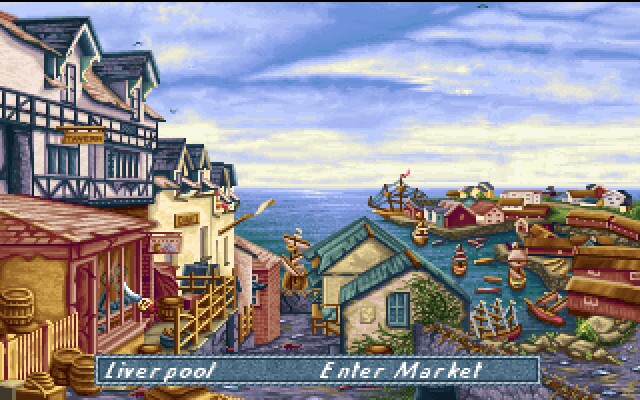 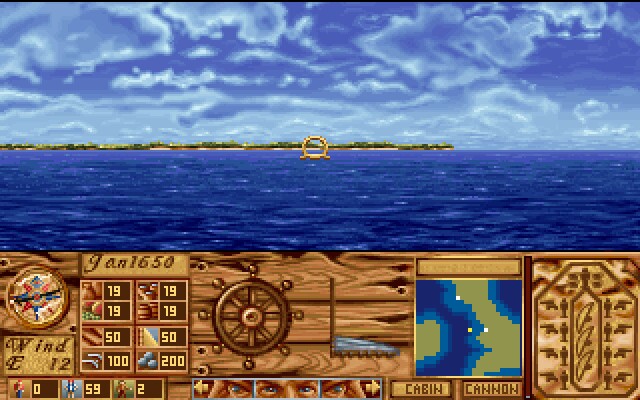