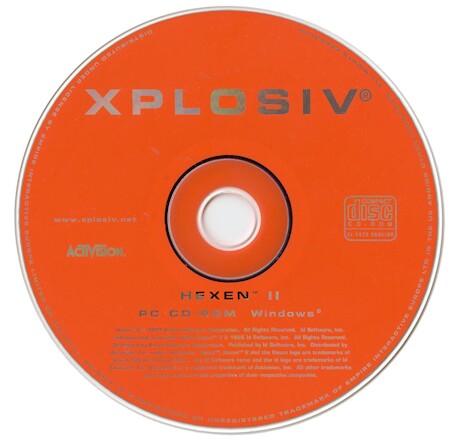 The Game
The first of the highly scrutinized "Quake killers" to hit the shelves, Hexen II delivers a mighty blow, but ultimately fails to knock the king off his throne. Make no mistake: Hexen II is a game with many strengths - its design is superior to the original Hexen, it has a significant payoff for single players winding through its twisted corridors, and visually it was without equal in the action genre at the time it was released.

You choose your character from one of four character classes - assassin, necromancer, crusader and paladin - and set out on a quest to destroy the Four Horsemen of the Apocalypse. Following their demise, you must combat the third Serpent Rider, Eidolon (his two siblings having been vanquished in Heretic and Hexen). There's a thread of a story tying the whole premise together, but it really just serves as a means of dropping you into the lush, graphically rich environments. Which isn't necessarily a criticism - the environments are the best thing about Hexen II, especially when playing the GL version. You'll explore five beautifully texture-mapped realms - a medieval village, a Meso-American temple, an Egyptian tomb, a Greco-Roman palace, and a gloomy cathedral. The visual detail - with tiled mosaics at the bottoms of pools and hieroglyphics on the walls of tombs - is like nothing ever seen in the action genre. In fact, it is not an overstatement to say that Hexen II is one of the most beautiful late 90s games ever made.

But while the artistic design is truly spectacular, the level design is often confusing. Like Hexen, Hexen II is divided into "hubs," groups of interconnected levels that are intended to break up the monotonous "kill monsters, find key, open door, kill some more" design of typical first-person shooters. You must traverse back and forth through the various levels in each of the game's five hubs, finding objects and solving puzzles to gain entrance to new areas. This concept is sound, and indeed generally does succeed in giving you the feeling that you are in an environment, rather than a loosely connected series of passageways.

Hexen II has enough payoff to make struggling through the difficult areas worth the hassle. At the end of each hub waits one of the four Horsemen, animated with astonishing detail; and Eidolon, the final boss, looks unbelievable. Go ahead and use a stone of summoning when fighting Death and watch as your demon and the Winged Reaper fight it out against a blood-red sky. It's really amazing.

As for the more common monsters you'll encounter, there are some nice innovations, despite the lack of variety (there are only eleven basic types). Monsters will duck to avoid your attacks, and there are area-specific monsters to match the various environments, such as the Roman medusa and the Egyptian mummy. The weapons also sacrifice quantity for quality - the character-specific art and effects are nice, but there are only four weapons per class. And the classes themselves have some subtle differences - attack ability, special powers - but not enough to make a significant change to the experience.

Of course, most of the aforementioned problems dissipate when playing multiplayer, and it proves a much better game against human opponents; even the differences between character classes are more interesting when fighting one another. But Hexen II's deathmatches aren't as purely visceral as Quake's - the assortment of power-ups and magical items often results in simply unloading all of your stuff on an opponent, and it becomes a case of "he who has the most toys wins."

A lot of work went into Hexen II, and it shows. 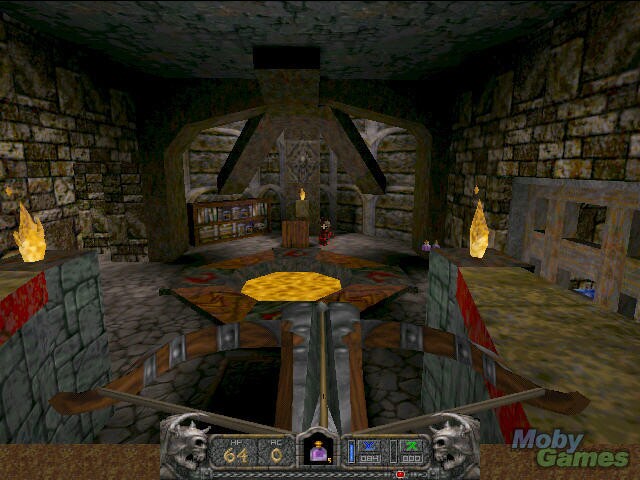 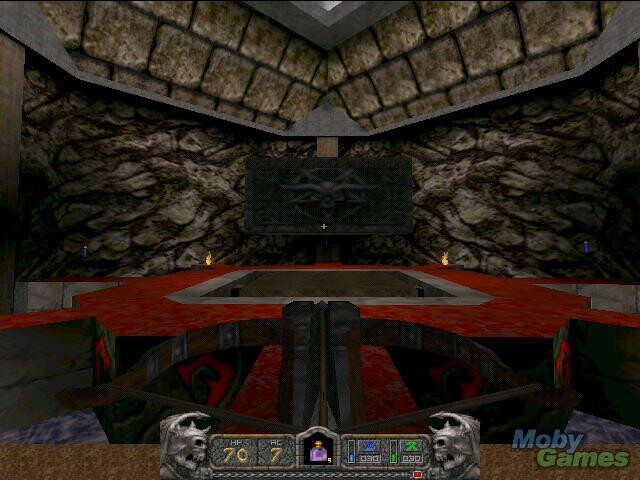