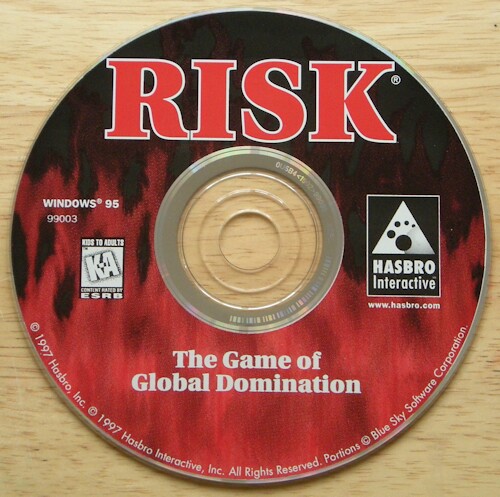 The Game
This edition includes Ultimate Risk. Ultimate Risk does not use dice but rather implements battle tactics. During a bout of Ultimate Risk, you must choose formations for your troops, deal with weather conditions, form alliances and hope to overcome the enemy not only through luck and sheer force, but also through strategy.

This game succeeded where many others during the 80s and 90s failed because it was the first version with a picture-perfect translation of the board game featuring complex AI, a simple interface, and numerous user-controlled options that make the game as simple, or as complex, as you wish.

The basic game follows the exact structure of the original. You begin with an allotted number of troops, choose your territories, and get to warrin'. During battle sequences, as you try to conquer adjacent territories, the die rolls are shown - so there's no more taking the computer's word for the outcome. This seemingly minuscule addition makes battles much more exciting, with massive forces often being cut down within a few rolls.

As for the options, well, there's plenty of 'em. With the classic game, you can set any number of parameters, such as the rewards for turning in cards you receive when you successfully conquer a territory and the number and difficulty of the computer opponents. You can also play something dubbed "Blind Risk," in which you can't see the activities or troops in any territories but those immediately adjacent to your own. And of course let's not forget Ultimate Risk. 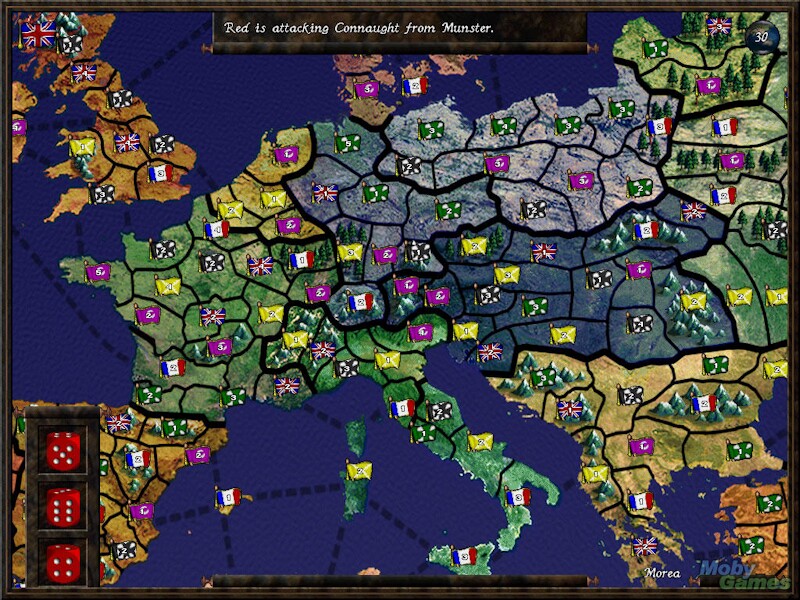