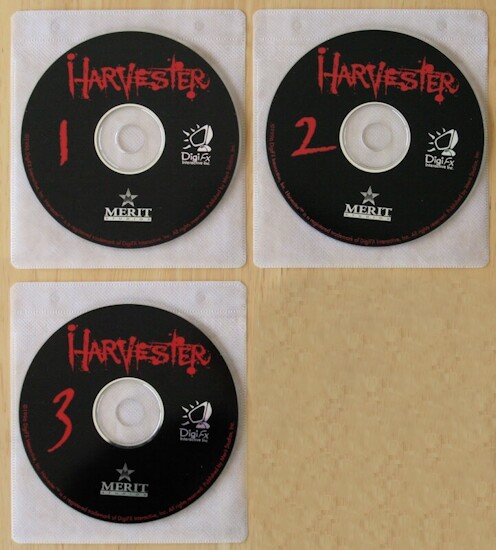 The Game
Harvester intentionally immerses players into a world of terror and extreme violence. Packed with the most gruesome scenes then ever featured in the interactive entertainment industry, Harvester is definitely not the average adventure game. The story written by veteran game writer G. P. Austin (Privateer, Strike Commander) has a bizarre and disturbing plot, that is certain to not leave you indifferent.

The story begins when you wake up one morning to realize that you have completely lost your memory. You don't remember a single moment of your life, and even your own family is now a bunch of strangers to your eyes. To make things even worse, the majority of the Harvest's inhabitants don't believe in your sudden amnesia, as it seems that prior to your loss of memory, you were known as a kidder. As you start talking with people to find out what's going on, you soon learn that your fiancee is the girl next door, and that the wedding date is only in a few weeks. One of the first things you want to do is visit Stephanie, and at the same time, meet your future parents-in-law. The least you can say about them, and of the rest of the population, is that they act very strangely. Everyone is talking about the mysterious Lodge and the Order of the Harvest Moon which apparently took control of the entire town. Only Stephanie, who curiously lost her memory too, shares your thoughts that something weird is happening in Harvest. Why do people want you to join the Order? What is hidden in the Lodge? There are many questions yet unanswered, but will you live long enough to uncover the answers?

During your exploration of Harvest you control Steve, your character, across over 150 locations set in the town and lodge. The different places feature 3D computer rendered graphics in which digitized characters have been integrated through the blue screen technique. Quite similar to what was done for Phantasmagoria in fact, except that Harvester features full screen SVGA graphics.

The video sequences, which besides being totally gruesome, are quite stunning. A plethora of special effects were used to provide the viewer with realistic scenes. Whether you die electrocuted or shot with a bullet that literally explodes your head, you won't be disappointed if you are looking for strong sensations. Notice that Harvester is not suitable for persons below the age of 18, and should you have kids tempted to play with the game, a password protection will prevent them to access the game.

There are many ways to die in Harvester, but with a difference from other games, you too can kill other people. There are 21 weapons available in the game ranging from a wrench to a shotgun that you can collect throughout the town and lodge. While it isn't wise to use them during the exploration of the town, they will reveal themselves vital for your life within the lodge. But even though violence is lurking everywhere in Harvester, players have the choice to use it or instead find another solution to the problem. Thus, you can get a key for example, by giving out something in exchange or by killing the person who has it. But again, it is not recommended to commit murder in the town.

Otherwise, Harvester plays like other adventure games. You can pick up objects, make them interact with people, other objects or mechanisms, which will eventually provide you with new items or accesses to additional locations. The dialogues are controlled by keywords that are selected in a list, where new keywords will be added depending on your previous choices, hence the importance of exploring all the possibilities of the dialogue tree. During the dialogues, you will have a picture of the character you are talking to, as well as yours, displayed in the upper corners of the screen. If one gets angry for example, you will see a new picture showing an angry face.

The fights in Harvester are controlled with the mouse or the keyboard. You must first select a weapon in your inventory by right-clicking the mouse. When you want to use the weapon, just click the right mouse button to swing or fire your weapon in the direction your character is facing. You can also target your enemy by moving the cursor over it and right-clicking the mouse. Beware that some characters might be armed too and injure you seriously if you are not careful. The health bar in the inventory, along with the picture of your face, will indicate your health status; the bloodier it is, the more wounded you are. You will find a few healing objects in the game to restore your health so don't use them too quickly as you will need them later.

The soundtrack of Harvester adds to the drama, but is certainly not frightening enough for a game that is after all based on fear, terror, and horror. I was expecting something that would chill the blood in your veins, so I was a little disappointed. The voices of the characters, while not a master piece of acting, are actually better than the average, except for a few characters, that hopefully don't speak for too long.

In the end Harvester is a creepy game featuring tried-and-true adventure mechanics with entertaining twists and some truly disturbing full-motion video segments that will follow you to bed and snuggle up nice and cozy in your dreams. 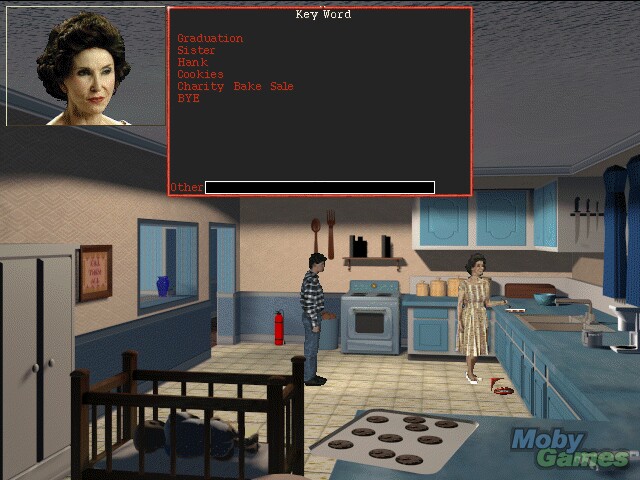 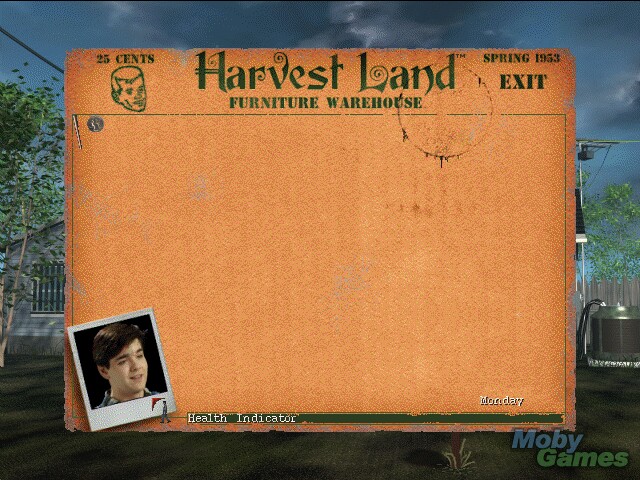 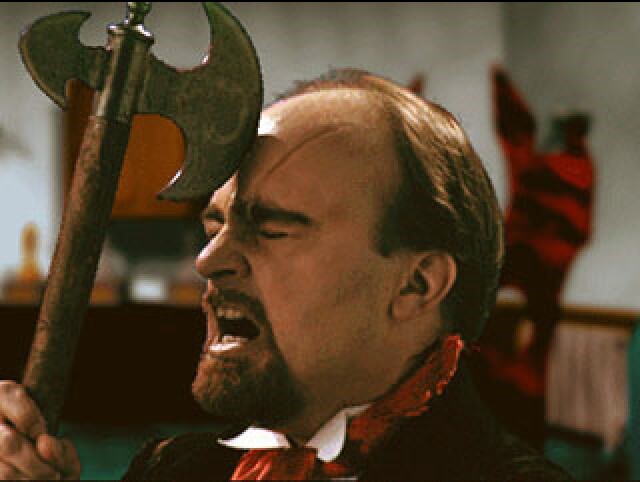