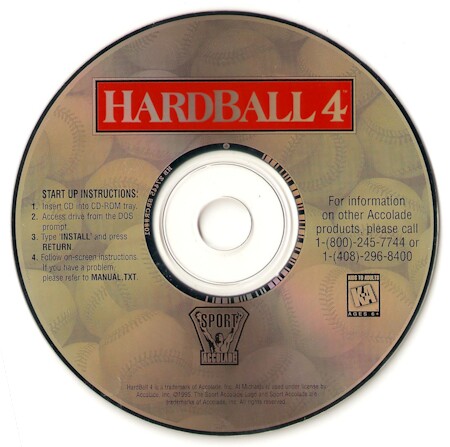 The Game
With oversaturated colors, realistic-looking players (cleverly introduced in the form of trading cards), and physics that approximate what actually happens on a baseball diamond, Hardball 4 affords little room for complaint. (It is odd, however, that teams are identified by city but not by name, the result of Accolade's obtaining a licensing agreement from the Major League Baseball Players Association but not from Major League Baseball.) And, like previous HardBalls, this game offers as deep a selection of managerial and statistical options as could be desired by the most itense enthusiast -- ranging all the way from changing a player's name to changing the team's logo pixel by pixel.

What's most impressive about HardBall 4 is the voice-over work of Al Michaels, who, by the mid 90s, surpassed John Madden as the hardest-working broadcaster in multimedia. As he calls 700 players by name, in a variety of play combinations, I can imagine the poor guy locked in a sound booth for weeks on end, begging for a drink of water between ''Hector Fajardo'' and ''Felix Fermin.'' Of course, this makes Michaels' play-by-play sound like those automated phone listings you get when you dial information. But there's no detracting from his technical accomplishment. 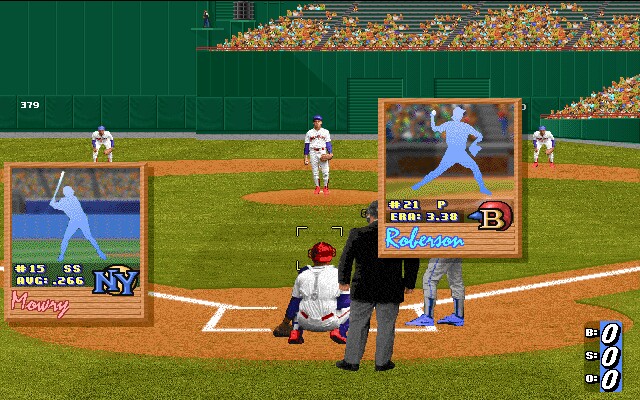 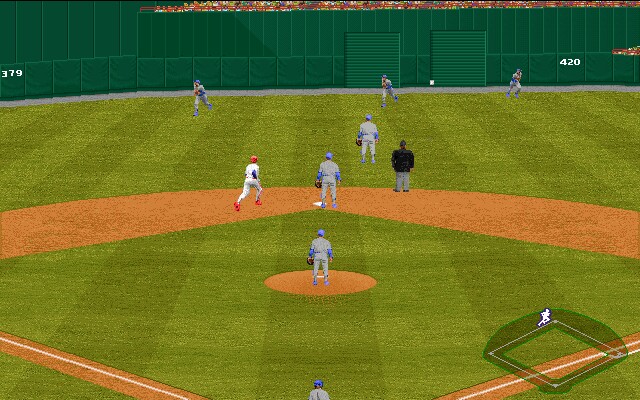