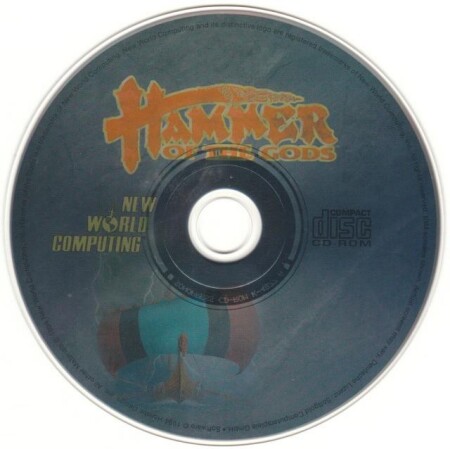 The Game
Another gem from New World Computing, Hammer Of The Gods is set during the era of the great Viking explorations and before a mighty new empire arose in Europe, from the ashes of the Western Roman Empire. Ordinary folk have always feared the gods and looked to them for protection, but then men of iron souls arose who feared not even the gods, seeking only the glory of battle. These iron men dispatched many warriors to Valhalla (where the souls of warriors were believed to go after death), though the mightiest Viking warriors desired more than the glory of battle. They desired to become the death messenger of Odin himself. They desired to be The Hammer of the Gods. Four of the mightiest Viking warriors journeyed in their dreams to Asgard (home of the gods) to speak with Odin. To prove who is strongest, the four must battle for the favor of the lesser gods. After they earned the favor of the lesser gods, they can become The Hammer of the Gods.

When starting a new game, there are four races to choose from: Humans, Trolls, Elves and Dwarfs. After entering your name, you are prompted to take on a quest from the lesser gods, of whom there are 28. With each quest you complete you’ll be rewarded, and, more importantly, get closer to Odin himself. Assignments from the lesser gods range from simply giving out gold at the end of the turn, over giving your daughter’s hand in marriage, building a city near tundra, to raiding a monastery. After selecting a quest, you enter the game.

With graphics similar to Colonization, but a little more polished, the game is easy to discern. You start out with three fighters, one of whom is a Viking Hero. The purpose of the game is to become a favorite of the gods and to crush everything that stands in your way – as is the Viking spirit. Beside the cities of the computer-controlled players, neutral cities, British bastions and churches are scattered all across the map. When attacking a city, the combat mode is similar to that of Heroes and Might And Magic. An interesting feature is that every unit has the possibility of blocking a blow. This makes the combat less predictable. Another positive feature is that if you attack a village which has a diplomatic alliance with other forces, the armies of the defending cities will merge and fight you side-by-side.

Besides neutral cities, you’ll find bastions of English resistance. Within the walls of these well-guarded keeps, there are chests holding large amounts of gold. In order to defeat the Brits, you’ll need to acquire a large army. Armies are gathered through a simple-to-use menu. There are only three types of soldiers available for recruitment: Viking Swords, Viking Bows and Viking Heroes. These three units are available for every race. What distinguishes the races are the special units, which can only be obtained by solving quests. Special units are different for each of the races.

There are five levels of difficulty, but with the normal difficulty setting, the game is not easy to beat. Another feature worth mentioning is the game length. There are five game lengths: Full, short, tutorial, PBEM short and long. One feature that makes this game infinitely replayable is the random map generator.

The graphics are nicely done and together with the great music weave a wonderful atmosphere. All in all a great game and definitely a must for every strategy fan. 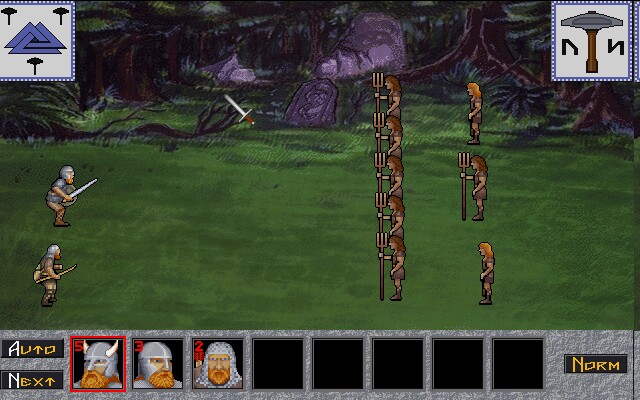 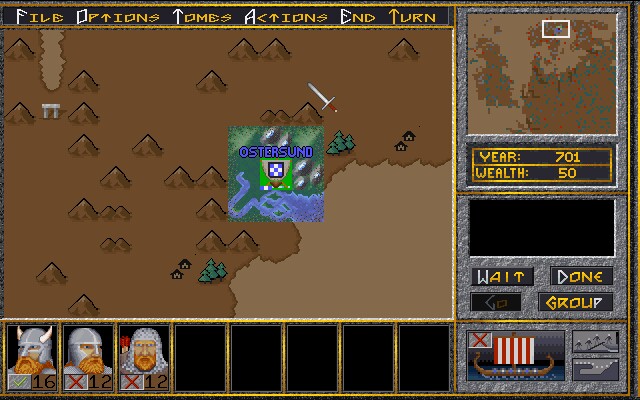