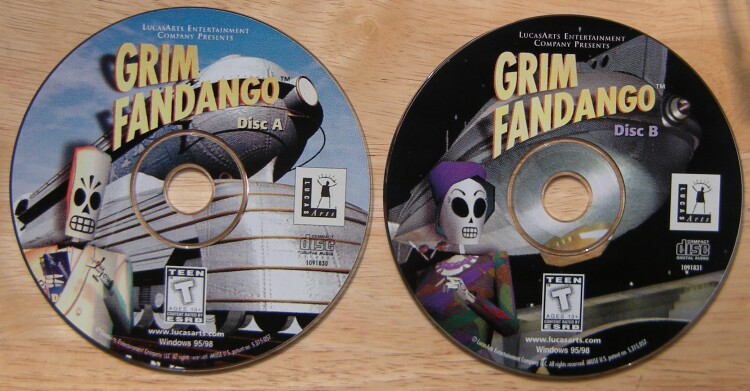 The Game
Let’s begin with the most important aspect of any adventure game, story. Some games skimp on story hoping that the pretty graphics will so blow your mind that all that will be heard is mutterings of ‘Oh, pictures so pretty!!’. That is not the case with Grim Fandango. Lifting a concept from Mexican folklore it borrows a number of elements from the celebrations surrounding the Day of the Dead. Grim Fandango co-opts a number of myths and hallmarks from this day, most notably the look of the calaveras or skulls made from sugar paste that are used to personify people who have passed on. In the game the appearances of the characters are based on these calaveras, the developers have even gone as far as to name the main character after them, Manny Calavera. This was a concept I appreciated for its originality and quirkiness and it worked perfectly with the noir-styled crime caper story.

If you have ever watched the Maltese Falcon, Touch of Evil or LA Confidential you should be well versed in film noir and its conventions. You have the world-weary main character, condemned to work as a thankless travel agent because of transgressions committed while he was alive. The unpredictable love interest, is she a femme fatale or a misunderstood good girl? The flawed, but loyal best friend and the prerequisite small time crooks barring your way to the real mastermind. So while this premise is not wholly original it is given a new twist by placing it in the afterlife. You see someone has been cheating deserving souls out of their double-end tickets on the number 9 train. The number 9 is the fastest way to cross the land of the dead and enter heaven. Without a ticket, souls are condemned to a long and perilous journey to the gates of heaven. In fact, it takes our hero four years to make the journey himself.

It’s hard to imagine a game that provides better voice work than this game. The voices of the actors perfectly augment the characters we see on screen. They never go overboard or let their work degenerate into choppy attempts at melodrama. Of course, it always helps when you have dialogue as snappy, witty, and often irreverent as here. Point in fact, you just don’t get great lines like this in the majority of games on the market; “We scraped along like rats, but now we will soar like eagles…eagles on pogo sticks!” The sheer joy that this line was delivered with illuminated it in a way that can’t be conveyed on the page, but reading it you can see how a less talented voice actor could have mangled it, strangling every ounce of wonder and excitement out of it.

As one of the most significant tools used to bring a story to life, it is sometimes mind-boggling how often good writing is over looked by game designers. The amount of hackneyed, strained, and completely unimaginative dialogue trees I have read or listened to over the years has proven to me that designers do not respect the impact carefully crafted dialogue can bring to a story. This doesn’t seem to be the case with Grim Fandango; the interchanges in this game were not only humorous, but also served to give the game’s characters idiosyncrasies and depth.

But the quality doesn't stop there. I really enjoyed the visual style of the game’s graphics. The developers included a great deal of imagery and symbols from the Aztec civilization, giving the game a real South American flavour. The architecture, interior design of rooms, and names of characters and places all stay very loyal to the vision the creators had of what the land of the dead would look like to the Mexican people. Sure, the game is done in 3D so you have your prerequisite boxiness to the characters, most especially that of Glottis, but the Aztec theme employed with the myriad of colours and design details gives the game an authentic Mexican/Aztec look.

Grim Fandango is also incredibly non-linear, it doesn’t seem to matter which way or in what manner you complete tasks. As you can imagine this gives the player a remarkable amount of freedom in exploration and sleuthing. There were a couple of times where this flexibility mired me down, as I had picked up a number of different objects but was clueless with how to proceed with them. However, with only a few exceptions it was very obvious what to do with items and how to complete various tasks and puzzles. I also liked the fact that you could make your character run, so that when you have to criss-cross over well travelled terrain you could do so quickly. I would not advise first time players to employ this strategy until they have thoroughly checked out each environment as hotspots are signalled to the player by the movement of Manny’s head. This can often be very subtle and easily missed. At other times the camera angle employed is less then ideal either to far way or showing Manny partially obstructed so it is hard to figure out how to properly move him.

Which brings us to one of the most talked about features of this game, its interface. Breaking with tradition, Lucas Arts has thrown out the tried-and-true point-and-click interface in favour of a keyboard interaction. I will admit there is a slight learning curve to this process and for the first few hours I played the game my manual did not leave my side. However, once learned you barely even notice you aren’t using a mouse. You move around using the arrow keys, pressing the ‘I’ key will access your inventory from your jacket pocket, ‘E’ will allow you to examine objects up-close, and ‘P’ will pick up or put away items. There you go, now you know just about everything you will need to know to play the game. So while it is different than what I am used to, it was hardly an impediment to game play.

Grim Fandango will take the average gamer between 40 and 50 hours to play, less experienced gamers more. If you are looking for a great game that combines humour, a great story, appealing graphics, and long gameplay with a reasonable price, then Grim Fandango is what you seek. Quality has never been so much fun. 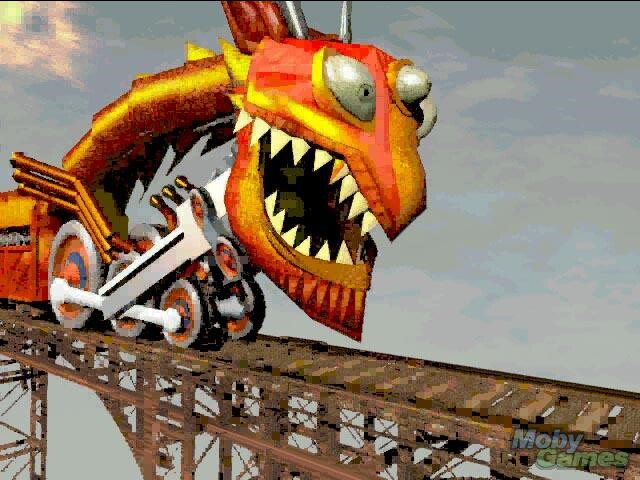 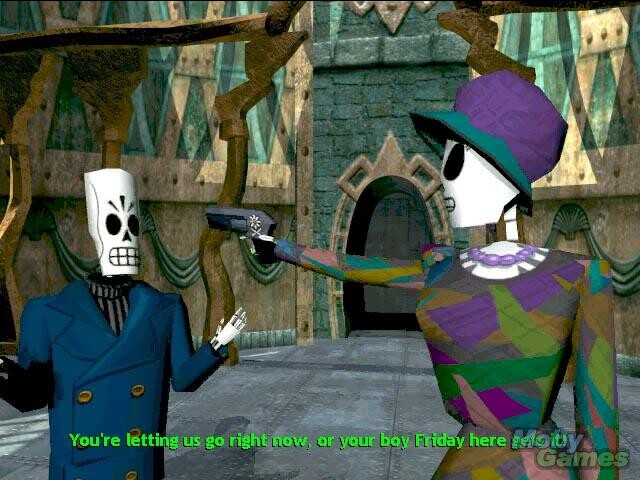